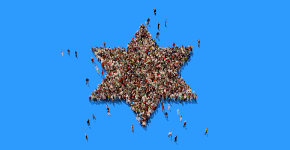 And (Hashem) called out to Moshe and Hashem spoke to him from the Ohel Mo’ed, saying…” (Vayikra 1:1)

The Midrash Rabbah (1:15) learns from this sentence that even a dead animal is better than a Talmid Chacham (a Torah scholar) who lacks da’at. (Da’at is a type of knowledge, as will soon be discussed.)This is implied from the fact that Moshe waited for Hashem to invite him to enter the Mishkan. Although Moshe built the entire Mishkan, still, he understood on his own, that it was only proper to refrain from entering until invited.

It is definitely inappropriate to enter someone’s home uninvited, but how could doing so have rendered someone of Moshe’s caliber guilty of lacking the fundamental quality of da’at? Also, what does the Midrash mean to tell us when it states that a Talmid Chacham who doesn’t act with da’at is on a lower level than a dead animal?

Before we answer these two questions, we must first understand the meaning of three words we say each day in Shemona Esrei. Chachma, Binah and Daat. Whenever we speak about knowledge, we find these three words used to describe it. Chachma refers to knowing information, and Bina is the ability to construct concepts off of previous knowledge. Da’at, however, has not been achieved until one internalizes the information in a way that it is applicable .Rav Avigdor Miller explains that this is a level of clarity to the senses that is so live and vivid that it can’t be forgotten.

Rabbi Miller gives us an example. A parent can tell a small child that he should not play with fire because it can burn his fingers. The child has gained a piece of information (chachma). Then the parent can teach the child how to distinguish between something hot and something that isn’t (bina). But until the child actually makes the mistake of touching something hot – and experiences the pain of a burn first-hand, he will not gain a true understanding of what it means to touch something hot. Only after this happens will the child develop an instinct to run away from fire because he now has it internalized (Da’at).

If a Talmid Chacham doesn’t internalize information in a way that he will act upon his information refining his beliefs, principles and proper habits, than his knowledge and efforts are for naught. He is more useless than an animal carcass; at least a carcass has bones that can still serve a purpose. Without Da’at, one’s knowledge is unrealized potential, because it has not been internalized in a usable fashion.

But how do we see that Moshe had Daat, just because he did not enter without being invited? As mentioned earlier, Da’at is a level of clarity which makes ideas so clear that they won’t be fogged up. Attaining this level of clarity allows one to differentiate; it is for this reason that Havdalla, the separation between holy and mundane, is cited Saturday night evening service in the blessing of “Chonen Hada’at” – one who grants wisdom.

Although Moshe built the Holy of Holies in the Mishkan, he did not walk in without being called. This demonstrated his appreciation that where there is a door separating between two people or places, there is an opportunity to recognize that a world exists outside oneself. Moshe didn’t just say that if G-d exists everywhere, surely I, as a representative of G-d’s nation, can just walk in. Rather, he understood that there is a boundary, and respected it.

This reminds me of something interesting about the Hebrew word “Bikoret,” which means criticism. This word shares a root with the word “bikur,” which means “visit.” The connection between these words can be understood with the following parable:

A new neighbor arrives in the apartment building. Mrs. Cohen befriends her in a welcoming way. One day, while Mrs. Cohen is in the privacy of her own home doing dishes in the kitchen, she turns around and is surprised to find her new neighbor standing right there looking at her.“What are you doing here?” asks Mrs. Cohen, nearly dropping the dishes in shock.

“I just thought I’d stop in for a visit!” answers the new neighbor.

Mrs. Cohen says to her new neighbor, “I appreciate your visit, and you’re welcome to visit anytime. However, there is a door for a reason! Next time, please knock and I will gladly invite you in!”

The same way that even if a person invites a visitor, they expect the visitor to knock before entering, one who is giving criticism to a spouse, friend or acquaintance must first ensure that the other person is ready to hear what he has to say. It is sometimes important and constructive to help another improve himself through positive criticism, but we must make sure before we criticize someone that we have earned his trust and that the other person is welcoming us into his heart. Otherwise, it can be an offense of the first degree, despite the good intentions of the critic. Effective criticism is about understanding boundaries and respecting them.

Shabbat: A Different World
Blessing on Chewing Gum
Was Rahab a Prostitute?
Extras In Our Own Epic
Comments
More Articles on Vayikra
MOST POPULAR AT Aish.com
Baked Brik Recipe
Our privacy policy