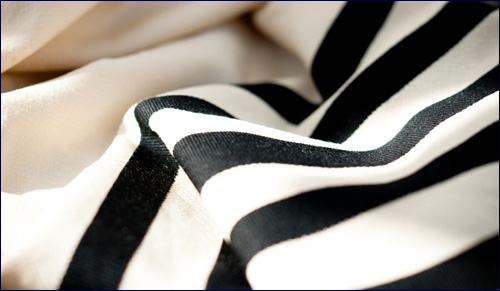 Guidelines for the holiest day of the Jewish year – the Day of Atonement.

What does Yom Kippur celebrate?

Yom Kippur, the day of atonement, is the culmination of the High Holidays. It is the day in which God's love for His people is strongest. We fast, pray, and repent our past mistakes, and God lovingly reaccepts us as His special nation. Yom Kippur marks the end of the period of judgment begun on Rosh Hashanah, our final chance to return wholeheartedly to God and receive His forgiveness. On this day God's hands are opened wide, eagerly awaiting our repentance and reconciliation.

Following the sin of the Golden Calf, Moses pleaded with God to forgive the people. Finally on Yom Kippur, atonement was achieved and Moses brought the second set of Tablets down from Mount Sinai.

From that day forward, every Yom Kippur carries with it a special power to cleanse our mistakes (both individually and collectively) and to wipe the slate clean.

This works on two conditions:

(2) Though the combination of teshuva and Yom Kippur atones for transgressions against God, it does not automatically erase wrongs committed against other people. It is therefore the universal Jewish custom – some time before Yom Kippur – to apologize and seek forgiveness from any friend, relative, or acquaintance whom we may have harmed or insulted over the past year.

Angel for a Day

On Yom Kippur, every Jew becomes like an angel. In the Jewish understanding, angels are completely spiritual beings, whose sole focus is to serve their Creator. The Maharal of Prague explains:

All the mitzvot that God commanded us on [Yom Kippur] are designed to remove, as much as possible, a person's relationship to physicality, until he is completely like an angel.

This idea even has a practical application in Jewish law: typically, the second verse of the Shema, Baruch Shem, is recited quietly. But on Yom Kippur, it is proclaimed out loud – just like the angels do.

What can you not do on Yom Kippur?

There are five areas of physical involvement from which we refrain on Yom Kippur:

Throughout the year, many people spend their days focusing on food, work, material possessions (symbolized by shoes) and superficial pleasures (symbolized by anointing). On Yom Kippur, we restore our priorities to what really counts in life.

On Yom Kippur, the power of the [physical] inclination is muted. Therefore, one's yearning for spiritual elevation reasserts itself, after having lain dormant as a result of sin's deadening effect on the soul. This rejuvenation of purpose entitles a person to special consideration and forgiveness.

Structure of the Day

On Rosh Hashana, the Books of Life and Death are open and God writes who will be granted another year of life. For many, this decision hangs in the balance for nine days until Yom Kippur, when the final decision is sealed. With this in mind, the prayers of Yom Kippur are designed to stir us to mend our ways:

The Fast of Yom Kippur

The Yom Kippur fast begins before sundown, and extends 25 hours until the following nightfall.

During the afternoon hours leading up to Yom Kippur, it is a special mitzvah to eat a festive meal.

For making your fast easier, hydration is the key. Avoid coffee or coke, because caffeine is a diuretic. Heavy coffee drinkers can also avoid the dreaded headache by slowly reducing the amount of consumption over the week leading up to Yom Kippur. (See Aish’s “Guide to an Easy Fast”)

Fasting on Yom Kippur in Case of Illness

If someone is ill, and a doctor is of the opinion that fasting might pose a life-danger, then the patient should eat or drink small amounts.

The patient should try to eat only about 30 ml (one fluid ounce) and wait nine minutes before eating again. Once nine minutes have passed, one can eat this small amount again, and so on throughout the day.

With drinking, try to drink less than what the Talmud calls "melo lugmav" – the amount that would fill a person's puffed-out cheek. While this amount will vary from person to person, it is approximately 35 ml (just over one fluid ounce) and one should wait nine minutes before drinking again.

How does consuming small amounts make a difference? In Jewish law, an act of "eating" is defined as "consuming a certain quantity within a certain period of time." Otherwise, it's not eating, it's "nibbling" – which although is prohibited on Yom Kippur, there is room to be lenient when one's health is at stake.

The reason for all these technicalities is because eating on Yom Kippur is regarded as one of the most serious prohibitions in the Torah. So while there are leniencies in certain situations, we still try to minimize it.

Note that eating and drinking are treated as independent acts, meaning that the patient can eat and drink together during those nine minutes, and the amounts are not combined.

Having said all this, if these small amounts prove insufficient to prevent the health danger, the patient may even eat and drink regularly. In such a case, a person does not say Kiddush before eating, but does recite "Grace After Meals," inserting the "ya'aleh veyavo" paragraph.

Now what about a case where the patient's opinion conflicts with that of the doctor? If the patient is certain he needs to eat to prevent a danger to health, then we rely on his word, even if the doctor disagrees. And in the opposite scenario – if the patient refuses to eat despite doctors' warnings – then we persuade the patient to eat, since it is possible that his judgment is impaired due to illness.

Wishing you a meaningful Yom Kippur!

Eiruv Tavshilin
The Promise Of The Land
Which Chat Are You On?: Parshas Behar/Lag Ba’Omer
Do You Like Slow-Cooked Food? Thank the Jews
Comments