Explaining the Meaning of Yom Kippur to Your Kids 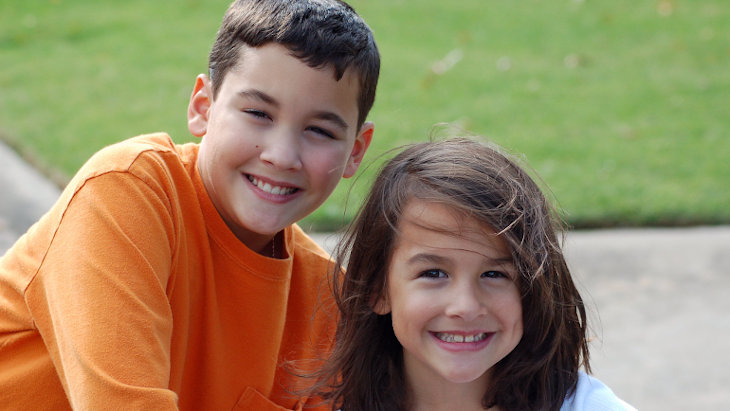 How to bring to life the concept of repentance and forgiveness to your young children.

Do our children understand the importance of Yom Kippur?

They may know that adults don't eat on Yom Kippur and that there is a long synagogue service, but do they understand the significance of this day?

It's up to us, the parents, to make sure that our children understand the significance of this day so that they can connect to its message.

Though at first these terms might seem a little vague, once you provide your children with examples taken from their own life, they will easily relate to them.

Use examples about friend or sibling relationships to start the discussion. Describe a scenario for them, using details taken from their own life. For example, you can describe a situation in which a brother took his sister's bike without permission. The sister only discovered this misdemeanor when she realized that her tire was punctured. Obviously the sister is very upset: How dare her brother take her bike without permission?! And to return it like this…

Your kids will probably enter into this discussion easily. It's easy for them to understand that the brother who took the bike was in the wrong and returning it damaged was reprehensible.

Listen to your children as they discuss the situation and acknowledge their statements, even if you don't completely agree with them.

Now, take control of the discussion again. Ask your children, what can the brother do to calm his sister down? Now, after he already took the bike and returned it damaged, is there something that he can do to pacify his sister?

After listening to your children's suggestions, organize their thoughts and ask them which of the following three options the brother should choose:

Though you spell out three options, the answer is clear. If the brother really wants to appease his sister, he should apologize for his actions.

You can add on to this discussion. If the brother realizes that he shouldn't have taken the bike without permission, he should also tell his sister that he won't do it again. He won't take any of her things again without asking first. And of course, he'll fix her bike himself or shell out the cash to have it fixed at the bike store.

If he really wants to have a good relationship with his sister, he will go out of his way to show her that he means what he says so that she will forgive him.

The message behind this discussion will be very clear to your kids and you won't have to spell it out to them. They'll understand that when someone apologizes for doing something they shouldn't have and shows that they mean what they say, they are more readily forgiven.

When we ignore our misdeeds or justify them, nobody forgives us. They resent us, are unhappy with us and fight with us.

But if we take responsibility for doing things that we shouldn't have, then people forgive us, they understand us and we rebuild our relationship with them.

The final step of this discussion is relating these ideas to God. Now is Yom Kippur, the special day of year during which God signs the final judgment about what type of year we will have.

We feel bad about these misdeeds and we take responsibility for them. We admit that we did them and commit ourselves to not doing them again!

We fast on Yom Kippur so that we can focus on our misdeeds instead of focusing on food and physical pleasure. We spend the day praying and asking God to forgive us.

Give your children a few minutes to think about things that they did wrong this year. (They don't have to share these misdeeds with anybody else.) Tell them that on Yom Kippur they have the opportunity to admit that they did some things wrong this year and to commit themselves not to repeat these mistakes, which is the teshuvah process. If they admit their misdeeds and realize that they were wrong, they will be blessed with Divine forgiveness.

This conversation will lead to meaningful Yom Kippur for your children. It will also lead to a more meaningful year, in which your children will start taking responsibility for their actions!

Teaching Kids about the High Holidays