Jewish Ideas That Transformed the World 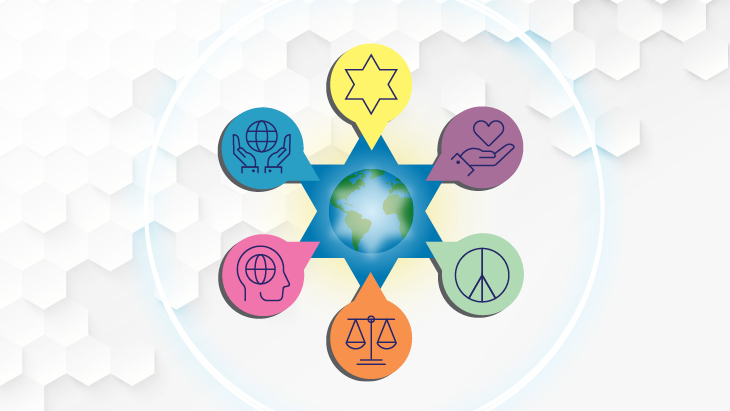 Without the Jews the world would have been a radically different place.

What values are essential for the proper functioning of society?

If you were to ask the average person on the street, good chance they’d mention these five:

These values are so essential and obvious to us today that we might assume that they’ve always been part of society throughout human history. Yet these values were far from obvious in the ancient world, even amongst the most highly developed, sophisticated civilizations of antiquity.

Let’s travel back a few thousand years to the ancient world to get a glimpse at the shocking contrast between then and now.

The right to life is the most basic of all values, yet in the ancient world it was astonishingly absent. Human sacrifice was common-place, as were blood sports like gladiators. Infanticide, the killing of newborn children, was universally practiced as means of both population control and sex selection. 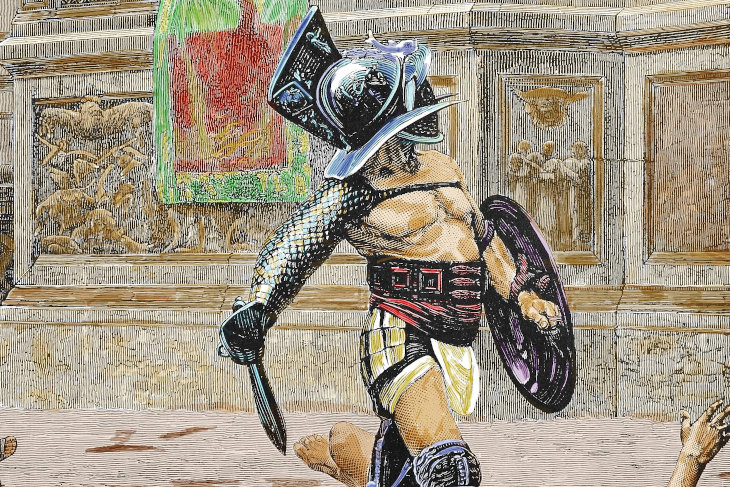 Here is an excerpt from a letter from Roman citizen named Hilarion, writing to his pregnant wife 2,000 years ago:

Know that I am still in Alexandria...I ask and beg of you to take good care of our baby son, and as soon as I receive payment, I will send it up to you. If you deliver a child [before I get home], if it is a boy, keep it, if a girl discard it...1

When we look at how the world reacts with outrage at the Russian invasion of the Ukraine, we see how unacceptable war has become in modern consciousness. This was hardly the case until relatively recently in history.

The ancient world was a place of constant battles and conquest, a world where heroes were the warriors who killed the most and greatest opponents and the only countries that weren’t conquered where those that were strong enough to fight off the conquerors.

• Equality before the law

Equality before the law is a fundamental principle of modern liberal democracy, yet for the vast majority of history, this principle was far from fundamental. In most of the world, especially in the highly-developed civilizations, a small group of privileged elites maintained a tight hold on wealth and power. The average person was poor and powerless, and even the greatest minds of antiquity saw no reason to change this.

What is called equality is really inequitable. For when equal honor is given to the highest and lowest-for men of both types must exist in every nation-this very “fairness” is most unfair; but this cannot happen in states ruled by their best citizens.2

Today free education and universal literacy are a given, but it was a very different story in the ancient world. Poverty and the struggle for survival forced the majority of children to work from a young age, while deliberate government policy and the desire to control the population led to mass illiteracy for most of human history. While the rates of literacy have varied from place to place and time to time, historians estimate that, on average, until around 500 years ago, only about one in a thousand people could read!

Every developed country in the world has social welfare infrastructure to help those in need and there are countless international organization that fight poverty, disease, help countries in need and deal with natural disasters. Almost all of these programs and institutions came into being in the last 200 years, before that time there was virtually nothing.

But if I gave you, you would proceed to beg all the more. It was the man who gave to you in the first place who made you idle and so responsible for your disgraceful state.3

Even this cursory look at the ancient world shows that compared to our standards today, it was a pretty brutal and callous world. Our list of essentials values was basically absent.

The Source of These Values

So where do these values come from?

The British historian, Paul Johnson, gives us the answer:

Certainly, the world without the Jews would have been a radically different place.... To them we owe the idea of equality before the law, both divine and human, of the sanctity of life and the dignity of the human person, of the individual conscience and so of personal redemption; of the collective conscience and so of social responsibility; of peace as an abstract ideal and love as the foundation of justice and many other items which constitute the basic moral furniture of the human mind. Without the Jews, it might have been a much emptier place.4

To understand why the tiny Jewish people had such a transformative impact on the values of the world, we need to examine one more fundamental concept that is the source from which these six values stem. That core idea is Ethical Monotheism, that there is one God Who is the source of morality.

In the very beginning of the Book of Genesis describes humans as being made “in the image of God” – with a unique soul, “neshama” in Hebrew. The moral implications of every person possessing this unique, God-given spark are tremendous:

John Adams, one of the Founding Fathers of America and the second president, summed it up beautifully when he wrote:

I will insist that the Hebrews have done more to civilize men than any other nation. If I were an atheist and believed in blind eternal fate, I should still believe that fate had ordained the Jews to be the most essential instrument for civilizing the nations. If I were an atheist of another sect… I should still believe that chance had ordered the Jews to preserve and propagate for all mankind the doctrine of a supreme, intelligent, wise almighty sovereign of the universe, which I believe to be the great essential principle of all morality, and consequently of all civilization… They have given religion to three quarters of the globe and have influenced the affairs of mankind more, and more happily than any other nation, ancient or modern.7

The explanation as to how a tiny, exiled, persecuted and powerless people was able to shape the collective conscience of humanity is the topic for another discussion, but there is no question that Ethical Monotheism, first brought to the world by Abraham 3,700 years ago, has transformed the world. While these values have not always been part of humanity’s collective conscience, Judaism has changed the world so powerfully that it seems as if they always were. As Thomas Cahill so beautifully wrote:

The Jews were the first people to break out of this circle, to find a new way of thinking and experiencing, a new way of understanding and feeling the world, so much so that it may be said with some justice that theirs is the only new idea that human beings have ever had. But their worldview has become such a part of us that at this point it might as well have been written into our cells as a genetic code.8