The Gifts of the Jews: Revolutionary Jewish Ideas that Formed the Bedrock of Western Civilization 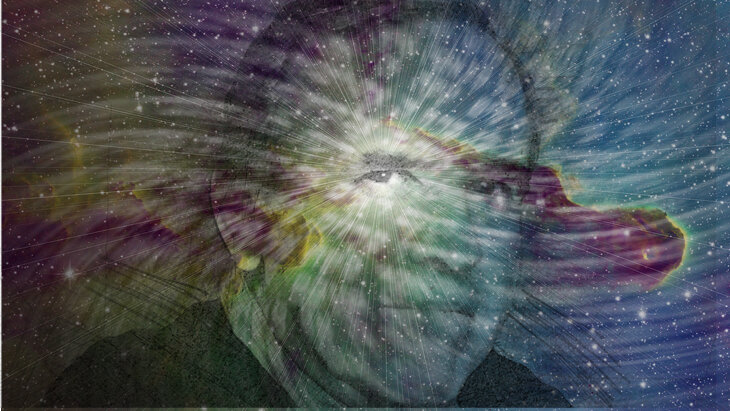 Fascinating insights from bestselling author, Thomas Cahill, who passed away this week.

Thomas Cahill, the popular history writer, has passed away at the age 82. Cahill catapulted to fame with his bestselling book, How the Irish Saved Civilization, the first of “Hinges of History,” a prospective seven-volume series (he wrote six) recounting formative moments in Western civilization. In Jewish circles he’s most known for his acclaimed, bestselling second book in the series, The Gifts of the Jews: How a Tribe of Desert Nomads Changed the Way Everyone Thinks and Feels.

His book was indeed a gift to the Jews, as it brought to a wide audience a stirring, intellectually stimulating appreciation of the revolutionary Jewish values and ideas that became the foundation of western civilization. The book delivers a shot of Jewish pride on steroids.

The Jews started it all – and by "it" I mean so many of the things we care about, the underlying values that make all of us, Jew and gentile, believer and atheist, tick. Without the Jews, we would see the world through different eyes, hear with different ears, even feel with different feelings. And we would set a different course for our lives… Their worldview has become so much a part of us that at this point it might as well have been written into our cells as a genetic code.

Here are a few insightful and inspiring quotes from Cahill’s book that describe some of the gifts of the Jews.

1. The Jewish View of Time

All evidence points to there having been, in the earliest religious thought, a vision of the cosmos that was profoundly cyclical. The assumptions that early man made about the world were, in all their essentials, little different from the assumptions that later and more sophisticated societies, like Greece and India, would make in a more elaborate manner. As Henri-Charles Puech says of Greek thought in his seminal Man and Time: "No event is unique, nothing is enacted but once . . .; every event has been enacted, is enacted, and will be enacted perpetually; the same individuals have appeared, appear, and will appear at every turn of the circle."

Cahill writes how life was seen as part of an endless cycle of birth and death. Mankind was considered stuck on an endless repeat cycle, unable to break free and change the future. It’s like being stuck in a constant recycling of Marvel movies, one sequel after another. Ultimately, nothing we do matters.

Jews saw time differently. It isn’t an endless circle; it’s linear moving towards a triumphant destiny. And every generation – every person – is contributing to writing and shaping the story.

With revelation of the Torah, Jews began to see time differently. Time isn’t a circle; it’s linear, with a narrative that has a beginning, middle and a triumphant end toward which mankind is destined. And every generation – every person – is contributing to writing and shaping the story, with the purpose of making the world an increasingly better place. We can progress and move forward, and everything we do matters.

Since time is no longer cyclical but one-way and irreversible, personal history is now possible and an individual life can have value… The Jews were the first people to break out of this circle, to find a new way of thinking and experiencing, a new way of understanding and feeling the world, so much so that it may be said with some justice that theirs is the only new idea that human beings have ever had.

This Jewish concept of time as an unfolding drama leading to a destined endgame is encapsulated in the Hebrew word for time: zman. The Hebrew root of zman is zamen, which means to manifest or “bring about”. Time is an “invitation” (hazmana in Hebrew, coming from the same word) to “prepare and make ready” (mizuman) for the future. We are time’s active participants in shaping our destiny.

2. The Ramifications of God Being One

Cahill describes the ramifications of Abraham’s revolutionary idea on monotheism. There’s much to unpack. Here’s the first half of the quote:

“The Jews were the first people to develop an integrated view of life and its obligations. Rather than imagining the demands of law and the demands of wisdom as discrete realms (as did the Sumerians, the Egyptians, and the Greeks), they imagined that all of life, having come from the Author of life, was to be governed by a single outlook. The material and the spiritual, the intellectual and the moral were one: “Hearken O Israel: YHWH our God, YHWH (is) One!” The great formula is not that there is one God but that God is One.

The Jews brought to the world the concept of an Infinite Being Who is the source of all creation. God is not only the Creator, He is the active Sustainer Who continually wills everything into existence. Like the singularity of a person’s DNA that pervades every iota of one’s body, everything is an expression of the single “Author of life”.

#God is not only in the synagogue and spiritual texts, He is in the kitchen and the bedroom.

This “single outlook” that Cahill mentions results in a unified view of the material and the spiritual realms. Unlike other religions that view the two at constant loggerheads, with the physical tainted with evil and moving one away from the spiritual dimension, Judaism views the world holistically; everything emanates from a single Eternal source. The physical world provides us with the opportunity to use it wisely and elevate it, resulting in a life suffused with holiness.

God is not only in the synagogue and spiritual texts, He is in the kitchen and the bedroom. Spirituality isn’t attained through running away to a mountaintop divorced from the world, celibate and eschewing the material. It’s only through being immersed in the physical and embracing the challenge to use it for a higher end does one become spiritual. Judaism rejects the notion of duality.

Cahill continues his quote, leading to a fascinating insight about Judaism and science:

From this insight will flow not only the integrating and universalist propensities of Western philosophy but even the possibility of modern science. For life is not a series of discrete experiences, influenced by diverse forces. We do not live in a fragmented universe, controlled by fickle and warring gods. As Bob Dylan sings: “Ring them bells, sweet Martha, for the poor man’s son. Ring them bells so the world will know that God is one.” God and the poor man’s son belong together. Because God is One, life is a moral continuum—and reality makes sense.

With all of life stemming from one integrated source, nothing is random or disparate. There is order to the universe, and the deeper one delves, the greater synchronicity one can find at its underpinnings. Oneness means there is a sense to reality; it can be studied and understood. Science isn’t in conflict with religion; it’s another prism through which to perceive life’s intricate order and design.

In the words of Nobel Laureate Dr. Roald Hoffmann: “I believe that science and Jewish religious tradition share this: the conviction that this world is very much real and tangible, that the world and the actions of human beings matter, and that there is order to be found. This commonality is a lot to build on.”

Cahill describes many other gifts of the Jews – equality before the law, the sacredness of human life, the belief in a benevolent and loving God, Shabbat, the imperative to perform acts of kindness – seminal values that the world takes for granted today, and for which many loathed to give credit to the Jews.

As Cahill wrote: “Our history is replete with examples of those who have refused to see what the Jews are really about, who – through intellectual blindness, racial chauvinism, xenophobia, or just plain evil – have been unable to give this oddball tribe, this raggle-taggle band, this race of wanderers who are the progenitors of the Western world, their due.” 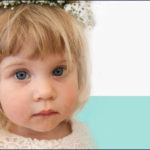 INFOGRAPHIC: Will Your Grandchildren Be Jewish?1 min read 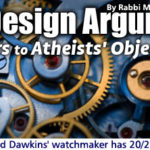 What is the Jewish view of Divine Providence?1 min read

World of Love #7 - The Possibility of Evil7 min read