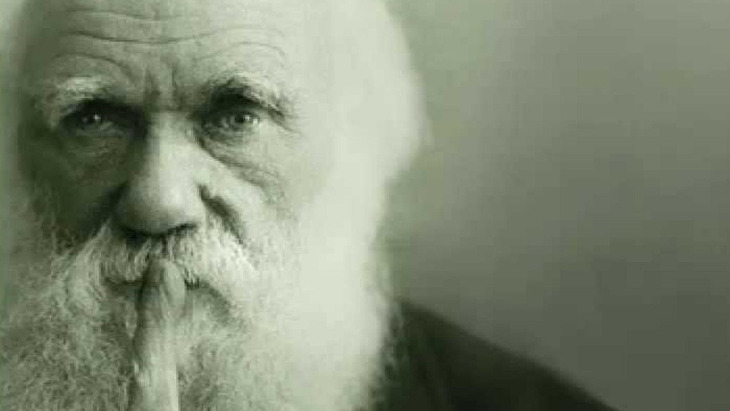 Darwin was neither the darling of the atheist nor the villain of the theist.

In 1809, the year Charles Darwin was born, no one, with the exception of “religious fanatics,” believed in the common ancestry and evolution of human beings. Enlightenment scientists before Darwin dismissed the notion of a common ancestry for humans as a “backward” and “unscientific” theological doctrine from the Bible. And these scientists also steered clear of the word “evolution”—a religious term whose Latin roots referred to the unrolling of a scroll or the unfolding of a plan. In those days, the concept of “evolution,” first appearing in English in the 17th century, referred to an orderly sequence of events and was synonymous with a Divine plan.

When Scientists believed that Species Types were Eternal

In the century before Darwin, the great biologist and taxonomist Carl Linnaeus had scientifically shown that species are static and do not change types. At the time of Linnaeus’ pioneering work, the idea that species are “fixed” and stable units was a progressive scientific development, grounded in careful observation and meticulously gathered experimental evidence. Before this point, neither biologists nor theologians believed that species are stable or that “species had to remain exactly as they had been created.”

Other Enlightenment thinkers, such as David Hume, Thomas Jefferson, and Voltaire, believed that science had clearly demonstrated that the different types of human variety were stable and eternal too—a view known as polygenism. As Hume wrote in 1753: between the different “species of men…such a uniform and constant difference could not happen in so many countries and ages, if nature had not made an original distinction betwixt these breeds.” For sophisticated and enlightened men of science, like Hume, the monogenistic idea that “Eve was the mother of all living” and that “God hath made of one blood all nations of men, for to dwell on all the face of the earth” was utter nonsense.

When Scientists believed that the Earth was Eternal

The Enlightenment scientific framework of Hume and others argued that there had never been a time when the world was without humans, and it allowed for no conception of a world before humans or without humans. Enlightenment scientists before Darwin rejected the Bible’s historical and linear view of time and returned to Aristotle’s understanding of the planet Earth as eternal and cyclical in its processes. Thus, according to the renowned geologist James Hutton, “we find no vestige of a beginning, no prospect of an end.” For Hutton and those who followed his lead, Earth was a “dynamic but steady-state system…permanently habitable by humans, from and to eternity.”

Before Darwin’s time, the idea of an endless sequence of human lives on an eternal Earth was the scientific norm rather than the exception.

For scientific atheists, explains historian of science Martin Rudwick, an eternal Earth was “the best guarantee of the absence of a creative deity of any kind.” Scientific-minded skeptics “took the eternity of the cosmos to include the uncreated eternity of the human race,” with the various types of human diversity fixed in unchanging time. Before Darwin’s time, the idea of an endless sequence of human lives on an eternal Earth was the scientific norm rather than the exception. “Against this background,” says Rudwick, “the idea that the world has had a unique starting point and a linear and irreversibly directional history—an idea that first emerged in Judaism…stands out as a striking anomaly.”

Why Darwin Went Against the Scientific Tide

In Darwin’s day, it was broadly understood that “modern science supported polygenesis” and that the various kinds of humans—which by that time had come to be referred to as “races”—had separate origins that never converged upon a common ancestor. Enlightenment scientists saw polygenism as a direct refutation of the monogenism of the Bible. These same scientists also used polygenism to justify racist attitudes and the institution of slavery.

When Darwin began his evolutionary quest in search of human origins, his starting point was the abolitionist belief in blood kinship, a “common descent” for all human beings.

In the early 1800s, monogenists were typically abolitionists and religiously devout Christians and Jews who upheld a single origin for all known races of humanity to “preserve the integrity of Scripture.” In the opinion of the scientific establishment of the day, monogenesis was “tainted” as antiquated religious dogma. However, this religious dogma was very near and dear to Darwin’s heart. Darwin was a convinced and convicted monogenist because his family, the Wedgewoods, were deeply devout Bible believers who supported and financed the movement to abolish slavery. Indeed, Darwin’s grandfather, Josiah Wedgwood, even designed the official seal of the abolitionist movement—an image depicting an African slave on one knee, shackled hand and foot, with eyes and hands pointing to God in heaven, pleading, “Am I not a Man and a Brother?” The central Biblically inspired conviction that Adam was the true father of humankind was the foundational theological premise of anti-slavery and was firmly anchored in the worldview of young Charles. Adamic unity and the “brotherhood of man” were axiomatic in the anti-slavery tracts that he and his family devoured and distributed. From his earliest days, Darwin was zealously driven by a moral fire to demonstrate that all the races of humanity were truly one family and that there was a single origin—a common ancestry—for black and white.

When Darwin began his evolutionary quest in search of human origins, his starting point was the abolitionist belief in blood kinship, a “common descent” for all human beings. He wanted to show through science that the Bible was right and that the African man was indeed the brother of the European. This deep conviction and faith in the unity of the human race, explain historians of science Adrian Desmond and James Moore, “was the unique feature of Darwin’s peculiar brand of evolution.” The Biblical notion of human “brotherhood” grounded Darwin’s evolutionary enterprise. From his recently published personal journals, we now know that it was there in his first musings on evolution in 1837, and it persisted through his book The Descent of Man in 1871.

The true Darwin was neither the atheist’s hero nor the fundamentalists’ parody. When Darwin enlisted his keen scientific mind to aid the monogenist cause, he was going deeply against the scientific tide of his day, inspired by a vision of faith. Because Darwin’s case for human unity flew in the face of the world’s scientific authorities, he waited to publish until he could make a scientifically convincing case. Evolution through common ancestry—as we call Darwin’s understanding today—was Darwin’s unique scientific way of undermining slavery and proving the Bible right.

Joshua M. Moritz, PhD, is Lecturer of Philosophical Theology and the Natural Sciences at the Graduate Theological Union in Berkeley, Adjunct Professor of Philosophy at the University of San Francisco, and Managing Editor of the journal Theology and Science.

Music is Not Normal

You’re Not Who You Think You Are

Why We Can’t See True Reality

Can a Moral Truth Ever Change?
It Takes A Lot Of Faith To Be An Atheist
How Instagram Brought Back This Nostalgic Soup
What Makes Eli Run?
Comments
MOST POPULAR IN Philosophy