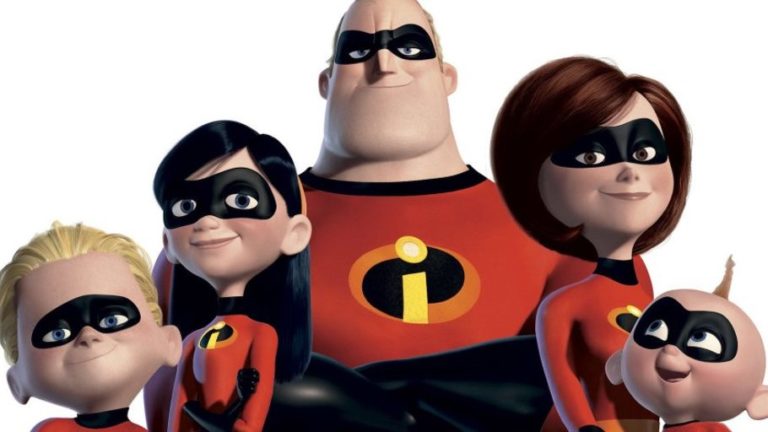 Some Jewish wisdom from the blockbuster film.

After 14 years, the much anticipated sequel to Disney-Pixar’s classic The Incredibles has arrived. The animated film of the dysfunctional Parr family struggling to conceal their superhuman abilities promises to be both a critical and financial success.

Unlike the original, the sequel felt rather simple, dipping its toes in perplexing questions only to get cold feet. And that was annoying.

Maybe my expectations were way too high and I was just overthinking it. After all, a movie whose comedic premise resides on a baby with the power of metamorphosis wrestling with a raccoon in the backyard may very well have been just that.

But after digesting the film over a restful Shabbat, it become increasingly clear the film offered an exploration of ideas straight out of age old Jewish wisdom. Touching on the complex themes of tradition and assimilation, gender roles, and adolescence among others, here are three Jewish ideas expressed (perhaps tangentially) in Incredibles 2. And yeah, spoilers ahead:

1. When morality is subjective, chaos ensues

In Incredibles 2, the authorities become increasingly impatient over the level of damage “Supers” seem to cause. Forced to permanently adhere to their secret identities or face imprisonment, the Parr family split among ideological lines. In a heated dinner exchange, Mr. Incredible forcefully questions the logic of respecting a law that is inherently disrespectful to them. ElastiGirl, who trusts the system, argues if the law is truly unjust, one can simply pass another one to change it.

Yet when offered the chance to legalize supers once again through a daring secret mission, ElastiGirl quips, “To fix the law I got to break it, to protect my family I gotta leave it.” In violating her principles, ElastiGirl reasons that the ends justify the means, and by breaking the law in order to prove that supers can be a positive force, she can ultimately change it.

Society continuously changes its perception on the ethics of having Supers in the modern world. By enacting, switching, and often ignoring existing laws concerning the legality of supers, the film argues that the objective nature of people can easily and often be flipped. In a light commentary on moral relativism, Incredibles 2 shows that when right and wrong is treated subjectively – one moment supers are deemed immoral and evil, the next they are celebrated and admired – chaos ensues.

Without establishing absolute truths, supers are tossed around at the mercy of the contemporary prevailing morals of society. It is only when society firmly establishes the deep seated need and value of supers that a more harmonious and balanced society prevails.

2. The solution needs you

Angered by society’s growing reliance on supers and technology to save them from crisis, ScreenSlaver, the (supposed) villain of the film, seeks to permanently outlaw superheroes from society.

As she remarks: “We have replaced true experience with simulation. We don’t talk, we watch talk shows. We don’t play games, we watch game shows. You want superheroes to protect you in order to make yourself feel more powerless.”

Concerned about the forfeiture of personal responsibility to those in capes, ScreenSlaver admonishes society for putting too much trust in heroes when it comes to problem solving.

The Jewish sage Hillel similarly writes in Ethics of the Fathers, 1:14: “If I am not for myself, who will be for me? But if I am only for myself, who am I?” All too often we don’t believe we are capable of straightening out our own mess. We prefer to let others take charge of our lives because we don’t see ourselves as effective changemakers. Hillel points out the necessity to exert your true self and recognize the unique value you bring to the table. Without taking ownership for your life, there is no essential “you”.

Perhaps the most consistent theme expressed throughout the movie is that of the challenges of being a parent, specifically within the framework of marriage. While ElastiGirl is on a mission, her husband, Mr. Incredible, is left to deal with the pressures of running a home and family by himself.

Quickly, Bob, aka Mr. Incredible, comes to terms with the fact that he is woefully unprepared for the task.

For the sake of his marriage, Bob realizes he must become the father and husband he never expected he would be. Through self-sacrifice and immense giving on his part, Bob becomes a better, more compassionate and appreciative husband which affects his relationships with his children as a result. He discovers the key to creating a fulfilling marriage.

As Rabbi Eliyahu Dessler teaches, if one’s purpose in a marriage is to get, get, get, he will ultimately end up with a get (a Jewish divorce document). Marriage and family life is complicated. Always dancing, the individual must be prepared to try new moves for the sake of his partner, for without adaptation, they all fall apart.

By challenging himself to take on new duties for the sake of his marriage and truly extend himself, Bob strengthens the bonds that tie his marriage together.

Incredibles 2 provides a refreshing reminder that society, home, and identity is fraught with complexity but with a clear guidebook, true sense of purpose and a helpful support system, life can be incredible.

Shabbos Kestenbaum is a Junior at Queens College majoring in Jewish Studies and Russian. A former Judaic Studies teacher at SAR Academy, Shabbos now works as an advisor for the National Council of Synagogue Youth (NCSY), College Board Member of Bnei Akiva of North America, and counselor at Camp Moshava IO.*

Gravity
The Jewish History of Prague
Why the Sexual Revolution was Bad for Women
The Princess: Sukkot
Comments
MOST POPULAR IN Jewlarious
Our privacy policy
Aish.com Is Looking for Great Writers