Made In the Image of God 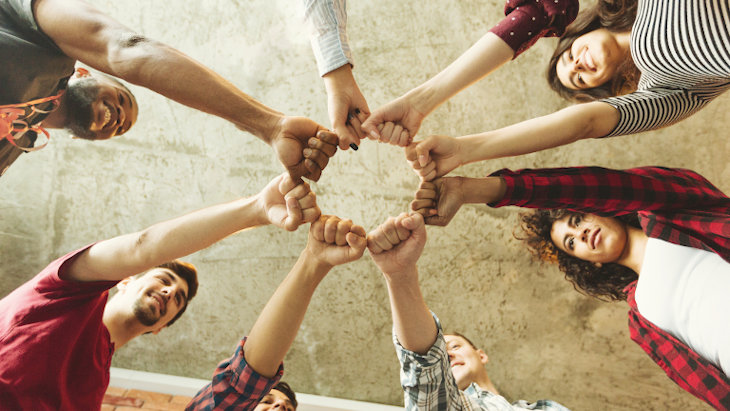 Judaism gave the world the belief that that there is one infinite Creator of the universe Who is the Father of all humanity, regardless of the color of one’s skin.

A silver lining of the Covid-19 pandemic is how the world suddenly united to battle the microscopic enemy that threatened the whole world. The unseen virus pushed the world into an awareness of our shared vulnerability and the need to work together for a common good. The enemy did not recognize borders and didn’t care about race or creed. It was the human race versus Covid-19.

The death of George Floyd changed all that. Literally overnight difference was sowing division and disunity, especially in America, where the country was ripping itself apart, more divided than it has been for half century.

Science tells us that all human beings are 99.9% genetically identical. Between you and me and everyone else on the planet, there is .01% physiological difference. Anthropology teaches us that all homo sapiens originated in the same place (Africa) and migrated over millennia to all corners of the planet. The racial differences we see today – Caucasoid (white), Negroid (Black), Mongoloid (Oriental) etc. – are a by-product of a long period of separation and adaptation to different geographic areas and climates. Bottom line, superficial difference in the color of our skin, hair and eyes, we really are all part of one giant extended family and are remarkably similar to one another.

The origins of this understanding of common ancestry go way back before modern science. 3,700 years ago, in the Middle East, a man named Abraham brought a radical concept into the world – the belief in Monotheism – that there is one infinite Creator of the universe Who is the Father of all humanity. There is a fundamental equality amongst all of us because we are all created in the image of God.

It took thousands of years, but this concept of ethical monotheism transformed the vision and values of the world and served as an ideological foundation for the political evolution of much of modern civilization as clearly stated in 1776 in the Declaration of Independence of the United States:

“WEhold these Truths to be self-evident, that all Men are created equal, that they are endowed by their Creator with certain unalienable Rights, that among these are Life, Liberty, and the Pursuit of Happiness.”

In practice it didn’t work out exactly as preached. The majority of the Founding Fathers, including Thomas Jefferson, were slave owners, and its practical implementation has proven to be a long, hard, uphill struggle, but this statement enshrined the concept of equality as the fundamental principle of liberal democracy.

The Jewish people also haven’t always found it easy to practice what they preached. Fractiousness and divisiveness have plagued the Jewish people for millennia. (We all know the joke about a Jew stranded on a desert island who builds two synagogues – one he prays in and one he refuses to enter.) We have spent way too much time focusing on what divides us and not enough on what unites us. We need to remember that Jew-haters make no such distinctions.

Perhaps the recent events that have so shaken up our world should serve as a warning and wake-up call, that we need to make a paradigm shift in how we look at ourselves and others. Rather than focus on difference which only leads to divisiveness, we need to focus on how much we all have in common.

It would do us well to remember the wise words of Rabbi Akiva; they are as relevant today as when they were first written almost 2,000 years ago:

The Eichmann Letter and Ban Ki-Moon

She Just Doesn't Get It

The Single Word That Changed My Life

Politics or Spirituality: What Is an Antidote to Youth Suicide?
What Makes Eli Run?
The Tyranny of Materialism
Science Enters the Mysterious Inner World of Consciousness
Comments
MOST POPULAR IN Current Issues
Our privacy policy