Rescuing Ladino from the Flames of History 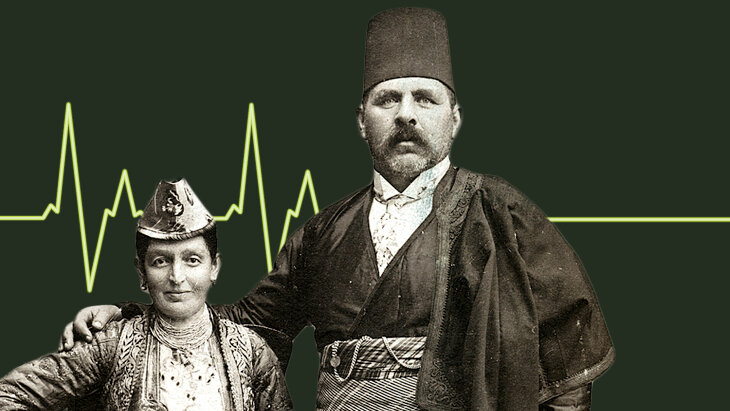 How a language teetering on the brink of extinction represents the faith and fortitude of the Jewish people.

As a Jewish girl growing up in New York City towards the end of the 20th century, it seemed most people I encountered equated Jews and Judaism with three things: bagels, lox, and a very phlegmy-sounding language called Yiddish. The reasons for these associations during my formative and teen-age years were undoubtedly affected by the cultural exposure provided by sheer numbers—nearly 500,000 Jews from Eastern Europe had settled on the lower East side in the early part of the 20th century, seeking refuge from the endless persecution and pogroms that had plagued their communities for centuries.

The colossal success of the adaptation of Sholom Aleichem’s story about Tevye the milkman in the 1964 Broadway musical and 1971 feature film Fiddler on the Roof, further acquainted mainstream American society with Ashkenazi Jewish traditions.

For many in New York City, and this country, Eastern European Jews, their customs, and unique language, became synonymous with ALL Jews, even though numerous American Jewish communities were settled by Sephardic Jews (whose ancestors came from the Iberian Peninsula and the Arabic lands.) The first group of Jewish settlers who arrived in New Amsterdam (modern-day New York) in 1654 were Sephardic Jews from Brazil, and The Touro synagogue in Rhode Island was built in 1763 by the Sephardic Jews who lived there. 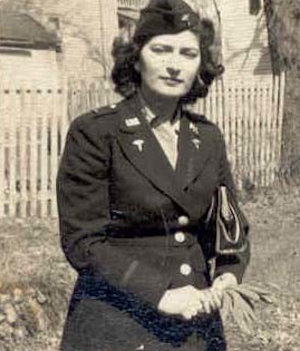 My father-in-law’s mother, Inez Eskenas, during World War II, where she served as a US Army nurse.

I never gave much thought to how diverse a people we Jews are, or how many Jews in my community had ancestors from places other than Eastern Europe, until I became engaged to and married the love of my life and discovered that his father’s mother and her family did not speak one word of Yiddish.

Jewish grandparents who did not speak Yiddish? What did they speak when they emigrated to America if not Yiddish? (Sadly, I have come to learn that I am not the first Ashkenazi Jew to react thusly towards Jews in the US who are not from Eastern Europe. My husband assured me I was not obnoxious about it—merely curious.)

They spoke a language I had never heard of—Ladino.

Ladino is a Medieval Spanish-Jewish dialect, that can include Arabic, Turkish, Greek, French and Italian. It is a beautiful language, whose very existence is the historical evidence of a people who refused to surrender their Jewish faith and disappear into the communities around them, choosing instead to flee their respective countries, surrendering most of if not all their property and possessions, rather than cease to live openly as Jews.

And my father-in-law’s family are a part of this proud and tragic history about which I, like many others, know so little. 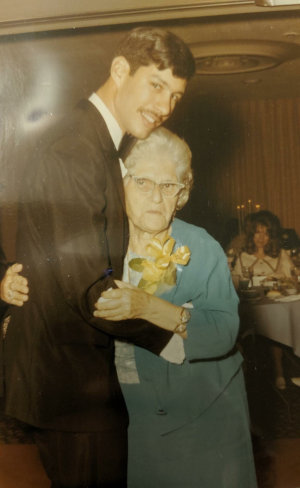 My father-in-law with his grandmother, Rivka Eskenas, at my in-laws’ wedding (1970).

My father-in-law’s mother’s parents are Turkish Jews, who emigrated to the US around 1918. They trace their lineage all the way back to the Babylonian exile; making their way to Spain where they lived for nearly 400 years, before fleeing for the Ottoman Empire (modern-day Turkey) in 1490, two years before the Expulsion of all Jews from Spain who would not convert to Christianity (the same year, incidentally, that Columbus ‘discovered’ the Americas.) By the time my father-in-law’s grandparents, Yehuda and Rivka Eskenas, emigrated to the US, they brought with them religious practices and customs that can differ from those of Eastern European Jews, including their distinctive language, Ladino.

Astonishingly, this language that survived for more than six centuries across multiple continents and countries, is today on the brink of extinction.

I suspect in many families, as in my father-in-law’s family, Ladino became the ‘secret’ language that the elders spoke so the children, or grandchildren as was the case in his, wouldn’t understand their private discussions. Such actions were commonplace in many immigrant families in the first half of the twentieth century in America. Many immigrants, both Jewish and non-Jewish, wanted their children to speak ‘only English’ and ‘sound American,’ thus discouraging the use of and learning of their families’ native tongues. (Educators in public schools also discouraged this practice, sometimes cruelly.)

But unlike children whose parents or grandparents hailed from Italy or Germany or Mexico, deciding to learn the language of their ancestors as adults is no simple task for Jews with Sephardic roots. One cannot find a Ladino class at their local community college, for example, or purchase a learning tool like Rosetta stone. The dictionary I was able to purchase online had definitions of words and contained some ‘popular’ phrases and expressions, but it could not teach me to converse in Ladino.

And unlike it’s ‘counter-part’ Yiddish, Ladino does not have the immense cataloguing and recording of its language, dialects, and history. Nor does it have representation in the larger popular culture, i.e., movies, music, and television. (Personally, I could do without most of the representations, excuse me caricatures, on American television of Ashkenazi Jewish ‘culture’ such as the sitcom The Goldbergs, but I digress.) 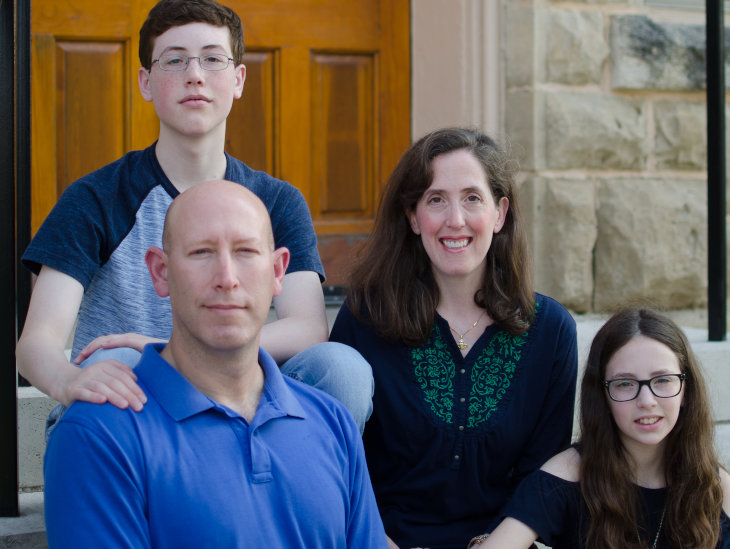 My husband and me with our two children

It appeared that Ladino and all it represented was being left to slip unnoticed into the annuals of American Jewish history by the start of this century, and then Professor Devin Naar joined the faculty at the University of Washington in 2011. A Ladino-speaker himself, Professor Naar set about making it a priority to preserve the Ladino language and the collective history of the Seattle Sephardic Jewish community. Supporting Naar’s efforts in 2013, Professor David M. Bunis, a world-renowned expert in Ladino, spent that academic year at the University of Washington, teaching interested undergraduates how to read and write in Ladino. 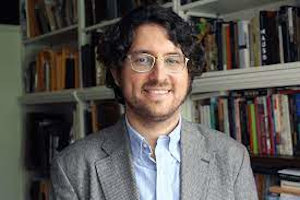 To date, Naar, with help from others at the University and in the community, has digitalized approximately 150,00 pages of Ladino literature, and would be artifacts which can be accessed and viewed at the Sephardic Studies Digital Collection (SSDC) at the University of Washington. Thanks in large part to Professor Naar and his cohorts’ efforts, a wonderful resurgence of interest in the language and history of Sephardic Jews is continuing to gain momentum in the US. My husband and I are proud that our son and daughter are among them. (I hope that in the not-so-distant future, a musical might be written and produced about Sephardic Jews that will do for the community and the Ladino language what Fiddler did for Ashkenazi Jews and the Yiddish language. Perhaps the brilliant, celebrated composer and playwright, Lin-Manual Miranda would be interested?)

However, there remains much work to be done if we are to preserve Ladino as a spoken language, thereby safeguarding a vital part of our shared Jewish history. The proliferation of online zoom classes during the Covid pandemic helped the small pockets of Ladino-enthusiasts around the world find one another. Their determination to rescue and preserve Ladino is inspiring. Sadly, it is estimated that Ladino-speakers have dwindled to no more than 130,000 worldwide, many of whom are part of an aging population. Despite the work of Naar and others over the past decade, this language attesting the history of a People and communities who were on the brink of extinction time and again, is itself still in danger of being lost forever.

It is up to our collective Jewish community to ensure this does not happen. We owe nothing less to the memory of every family’s Yehuda and Rivka.

Eve-Lynn Gardner is a freelance writer and Army spouse who lives with her husband and children in Texas. Her articles have been published in Olomeinu magazine, The New York Daily News On-Line and Stars and Stripes. In 2002, she co-authored the children’s chapter book, More Precious than Gold, Hachai Publishing.