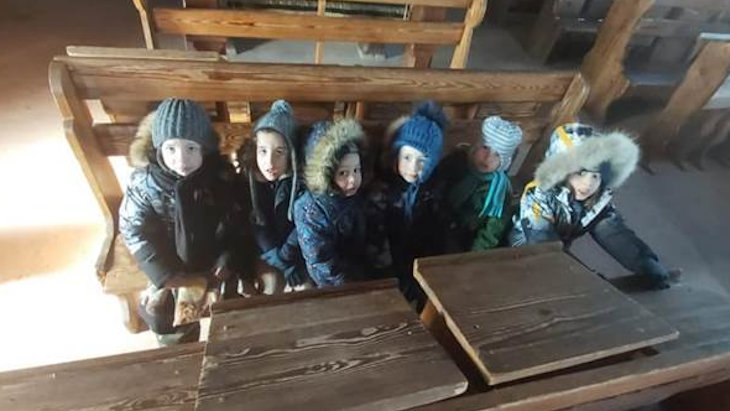 In an Aish.com interview, Rabbi Podolsky recounted the harrowing trip he and a hundred other Jews made last Shabbat as they escaped from Ukraine.

Born in Jerusalem, Rabbi Podolsky is a member of the Karlin-Stolin hasidic group that was founded in the 1700s in present-day Belarus. Known for their piety, hospitality, and devotion in prayer, these hasidic Jews live in Israel and around the world, while Rabbi Boruch Meir Yaakov Shochet, their rebbe, resides in Jerusalem. In the years since the end of Communism, some Jews in Belarus and Ukraine have revived the region’s once-vibrant community. 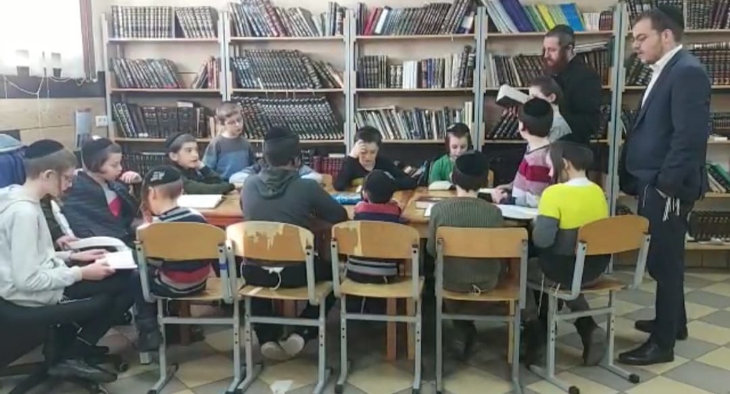 Rabbi Podolsky teachng a group of students in Kyiv

In Kyiv, they have flourished. “We have shuls, schools, and a dormitory yeshiva,” Rabbi Podolsky explains. Rabbi Podolsky lived in Kyiv with his wife Shevy and their six children; the youngest two are 10-week-old twin girls. They joined over a hundred other Karlin-Stolin Jews in Kyiv, including 50 students in the community’s schools. Other Jews would “pop in once in a while to community events to feel a Jewish connection.”

As Russia built up its troops along Ukraine’s borders throughout February, many Ukrainians refused to believe their neighbor would actually invade. Residents in Kyiv, the capital, knew they would be the prime target of any invasion, but the thought that their country would actually come under attack seemed impossible.

In Jerusalem, Rabbi Shochet took the threat of a Russian invasion seriously. He sent an urgent message to Rabbi Podolsky telling him that he and his whole community must leave Kyiv immediately.

At the time, people were looking at us like we were crazy,” Rabbi Podolsky recalls. Their neighbors asked, “Why are you leaving the city? It looks okay.” Undaunted, Rabbi Podolsky and hundred other Karlin-Stolin Jews moved from Kyiv to the small village of Medzhybizh in Ukraine where they thought they wouldn’t be a prime target. 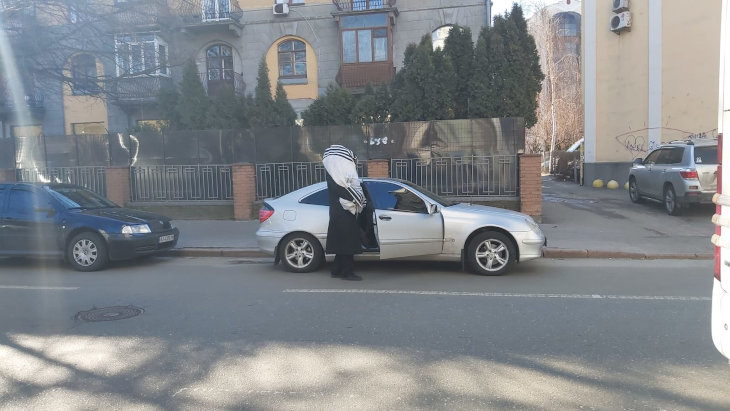 Medzhybizh is more west than Kyiv and smaller, so it felt safer,” Rabbi Podolsky notes. Medzhybizh is the birthplace of the Baal Shem Tov, (c1699-1760), the founder of the hasidic movement. For that reason, many Jewish tourists visit the town. “We rented out the big kosher hotel that’s there for the Jewish tourists who come.”

For two weeks, he and his congregants – students, adults and entire families – waited to see if Russia would invade. Local residents thought the group of Jews awaiting an invasion seemed crazy.

On Thursday, February 24, the invasion began. “I woke up very early that morning,” Rabbi Podolsky recalls. “I checked the news and heard that President Putin was giving a speech. I knew something was going to happen. At 6 AM I went outside and saw planes flying overhead and heard explosions in the distance.” He knew that remaining in Ukraine – even in a small town like Mezhyrich – was no longer safe.

We started to think about our options.” The group had several cars with them, but not enough to take everyone to safety. They chartered a bus with a driver, but instead of reporting for work, the driver raced to check on his own family once the invasion began. The Jews in Medzhybizh were stranded. 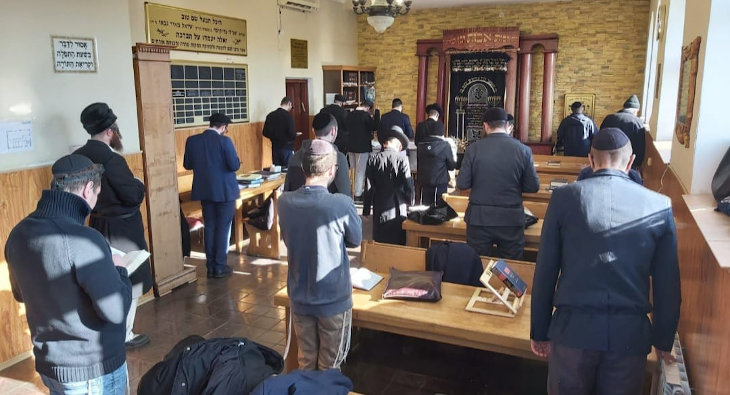 Friday came and amid the ongoing war, Rabbi Podolsky started making plans for Shabbat. “The roads were all blocked; there were checkpoints.” It seemed their driver would never return. The driver finally returned and Rabbi Podolsky knew they had to leave immediately. Driving or traveling in a bus on Shabbat is prohibited but when human life is at stake, it’s permissible. After double-checking with another rabbi that this was indeed a matter of life and death, Rabbi Podolsky urged his congregants to get onto the bus. “We left half an hour after candle lighting… we had a whole convoy of the bus and cars.”

The trip was harrowing. They stopped at checkpoints and shared the roads with tanks and cannons. In the distance they heard shooting. “It was really scary; we were in the middle of a war,” Rabbi Podolslky recalls. The terrified Jews recited the Shabbat evening prayers on the bus that was their only hope for freedom, welcoming in Shabbat and making Kiddush.

They headed to Belarus. “It sounded crazy because everyone was trying to drive to the European Union,” Rabbi Podoslky recalls. Belarus is closely allied with Russia: they speculated that the guards on the Belarusian border might not be expecting refugees and would let them through, but they couldn’t be sure. “When our convoy finally arrived at the Belarusian border at 2 AM, the guards opened the gates for us. We were finally safe.” Hours later, the Belarus border was closed. 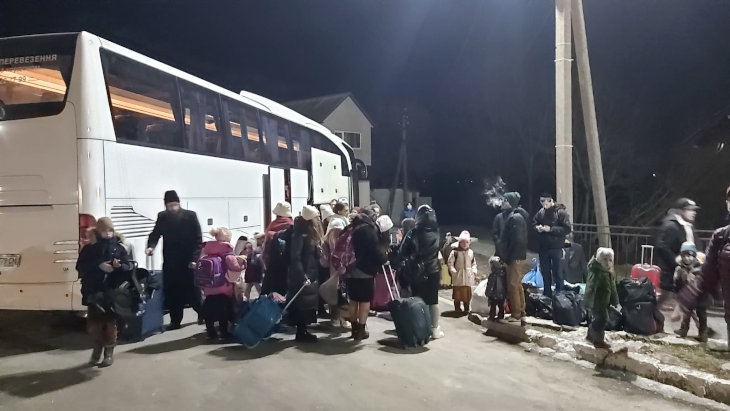 Local Jews had reserved hotel rooms near the border and supplied them with Shabbat food, challah and wine. It was an emotional moment. One member of the group recited the Jewish prayer of thanksgiving, said after experiencing a narrow, life-saving escape, and the entire congregation responded with a heartfelt Amen.

This group of Jews has moved on to the Belarusian city of Pinsk, where the local Karlin-Stolin community is putting them up. Rabbi Podolsky is continuing to bring more Jews out of Ukraine. “I got four buses out today to Moldova,” he said during an Aish.com interview on Wednesday, March 2. “We’re still bringing people out of Kyiv – I’m on the phone right now with an elderly lady trying to convince her that it will be okay, that the journey will be okay.” Even with Kyiv and other key Ukrainian cities coming under siege by Russian forces, Rabbi Podolsky refuses to give up his life-saving work.

People are asking for help. We’re working on arranging buses.” He notes that it’s incredibly difficult to find drivers willing to risk their lives to ferry refugees to safety, and the cost of hiring drivers is tremendous. Once refugees are out of Ukraine, they require assistance. “Everyone left everything behind,” Rabbi Podolsky explains.

Rabbi Podolsky has set up an emergency fund to help his life-saving work rescue Ukrainian Jews. To donate, go to: https://thechesedfund.com/Kyiv 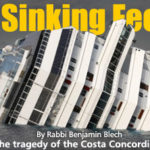 The Truth about Television23 min read 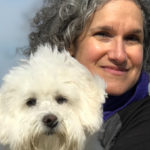 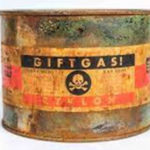 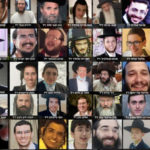