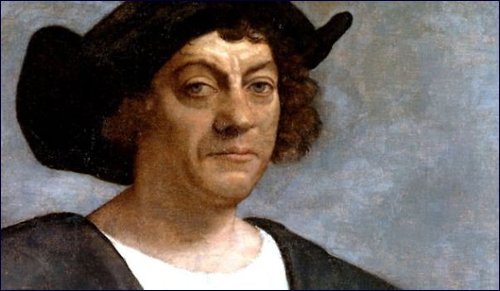 What is the evidence that Columbus was a Jew?

On February 15, 1493, Christopher Columbus sent out a letter to the European world revealing for the first time his discovery of America. His finding was the first step into a new world, which would become the symbol of religious tolerance and freedom. The real identity of Christopher Columbus sheds new light on the poignancy of this historical period, especially for the Jews.

To gain a better understanding of Columbus’s legacy, it's important to note the historical background of his life. Columbus lived during the time of the inquisition during which Anusim, Jews who practiced their faith in secret, were under constant threat of arrest and tortuous death. Tens of thousands of secret Jews were tortured during the Spanish Inquisition, many dying a martyr’s death.

Columbus' identity has been shrouded in mystery and debated for some time. The Italians claimed that Columbus was born in Lugano, Italy to Domenico Colombo, a tower sentinel. The Spaniards claim that he was born on Spanish soil to a father with a different name and trade. Recently, as reported by Charles Garcia of CNN, Spanish scholars Jose Erugo, Otero Sanchez and Nicholas Dias Perez have concluded that Columbus was, in fact, a secret Jew whose voyage to the Indies had another altogether different objective than he claimed.

The content of Columbus' personal letters and diary entries prove most revealing. One telling difference between Columbus' personal writings and those of his contemporaries was the language it was written in, namely one unrecognizable to most native Spaniards. Linguistics professor Estelle Irizarry, after analyzing the language of hundreds of similar letters concluded that it was written in Castilan Spanish or Ladino, a Jewish version of the Spanish language, analogous to what the Yiddish language is to German. 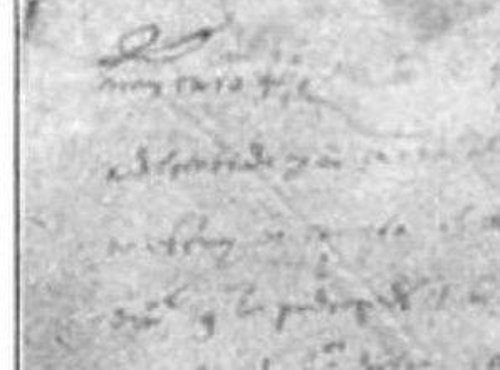 Another revelation is in the mysterious monogram found on his the letters, written right to left. To quote Semitic linguist Maurice David, who discovered the meaning of the symbols, “On all of these... intimate letters the attentive reader can plainly see at the left top corner a little monogram which is... in fact, nothing more…. than an old Hebrew greeting….frequently used among religious Jews all over the world even to this day”. The symbol he was referring to were the Hebrew letters bet and heh, which we know to stand for b'ezrat Hashem, or with God's help. Not surprisingly, Columbus' letter to the King and Queen was the only one of his 13 letters studied that did not contain this symbol.

Three of the wishes in Columbus' will and testament also lend a number of telling clues to his identity. One request in his will was that one-tenth of his income be given as charity to provide dowry for poor girls, a commonly practiced Jewish custom that stretches far back. He also requested to have money given to a certain Jew who lived near the Jewish quarter of Lisbon.

Another particularly telltale note in his will seemed to be somewhat of a hidden signature, a triangular form of dots and letters that resembled inscriptions found on gravestones of Jewish cemeteries in Spain. Columbus even instructed his children to maintain this mysterious symbol for perpetuity. The hidden signature, when translated, was actually a prayer in lieu of the standard Hebrew kaddish, which was forbidden in Spain. This ploy allowed Columbus to covertly instruct his children to recite the kaddish prayer for him.

Simon Wiesenthal suggests that the motive behind Columbus' voyage was to find a safe haven for the Jews.

People assume that King Ferdinand and Queen Isabella financed Columbus' journey. But according to Charles Garcia of CNN, two conversos, Louis De Santangel and Gabriel Sanchez, along with the prominent Rabbi Isaac Abarbanel, took money out of their own pockets to pay for the voyage. This historical fact should raise yet another question: Why did these Jews take interest in Columbus' voyage?

Simon Wiesenthal suggests in his book, Sails of Hope, that the motive behind Columbus' voyage was to find a safe haven for the Jews. Similarly, others conclude that Columbus set sail to Asia for the purpose to obtaining enough gold to finance a crusade in an effort to take back Jerusalem and rebuild the Jews' holy Temple. According to Dr. Gerhard Falk, author of a Man’s Ascent to Reason, he brought a Hebrew interpreter with him, with the hope of locating the ten lost tribes. ( Hence, the popular lyric reads: “In 1492, Colombus sailed the ocean blue. His interpreter was lou, he was a Jew and that is true.")

The day of Columbus' travels are also of noteworthy significance. It is said that he had originally planned on sailing on Tisha b'Av, but postponed his travels because the day is considered inauspicious for such ventures. Instead he began his journey on August 3rd, the 11th of Av, two days after the Jews were given the choice to convert or leave Spain. For our discerning readers, is this a fact of mere coincidence or of remarkable significance?

On the surface it seems that an ordinary sailor set forth to find a different path to the Indies, and by a remarkable stroke of luck, landed in a land known for its benevolence and religious tolerance. However, upon exploring the true identity of Christopher Columbus, we come to know a man, who, in his quest to free the Jewish people from their oppression, was brought to America by the hand of Divine Providence.

All Jewish History in Under 18 Minutes