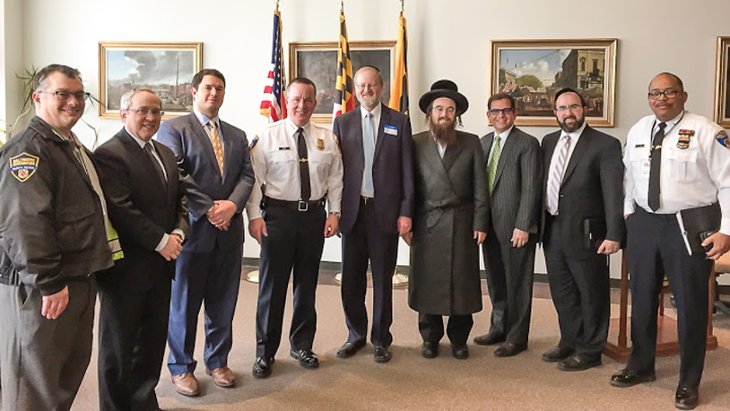 Baltimore is home to one of the country’s most vibrant Jewish communities.

For centuries, Baltimore has boasted one of the United States’ most vibrant Jewish communities. Numbering nearly 100,000, Baltimore’s Jewish population is one of the country’s largest. The city is also unusual in having the most religiously observant Jewish population in the US. Here are six facts about this amazing city and it’s vibrant, distinctive Jewish community.

Nearly Killed for Being a Jew

The first Jew to openly profess his faith in the area was nearly killed for doing so – and escaped only after Britain’s Prime Minister personally intervened.

Jacob Lumbrozo was born in Portugal and made his way to what was then the Palatinate of Maryland in 1657, settling in the small town that would eventually become Baltimore. A physician by trade, Dr. Lumbrozo quickly made his mark: he worked as a doctor, held a trading commission allowing him to do business with Native Americans, bought property and even served on a jury. After about a decade living in his new home, Dr. Lumbrozo was reported to authorities and arrested under the Toleration Act: a law passed in 1649 that made it a crime for anyone living in Maryland not to profess allegiance to the Christian faith.

Dr. Lumbrozo was thrown into prison and faced execution. Luckily, ten days later the Governor of Maryland, celebrating the new Prime Minister of Britain, Oliver Cromwell, who was a brutal dictator at home but nonetheless championed the rights of Jews, intervened on his behalf. Dr. Lumbrozo was freed and went on to continue working and living in the area until his death in 1665 or 1666.

Fighting the British in Baltimore

By the early 1800s several dozen Jewish families called Baltimore home, and they fought bravely for their city in its hour of need. During the War of 1812, 4,000 British troops landed at the mouth of the Chesapeake Bay, determined to march towards Baltimore and capture the city. Washington DC was already in the hands of the British, who’d burned the White House. It was imperative to the US that Baltimore not fall as well.

A band of 250 American volunteers met the British troops and succeeded in saving Baltimore. Several of the American troops were Baltimore Jews who served with distinction under Brig. Gen. John Stricker. The heavy fighting inspired Francis Scott Key to write the words for the Star-Spangled Banner, which later became the America’s national anthem. 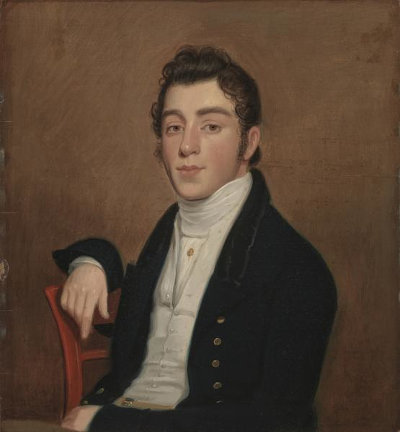 One of the Jewish soldiers who helped defend Baltimore was Mendes Cohen, who was originally from Richmond, Virginia. Military prowess was a family trait: his Uncle Jacob had immigrated to America a generation before and fought in the Revolutionary War. Mendes moved to Baltimore in 1807 and bought a house that later had an unusual distinction: it was the first home in the city to have lights powered by gas. During the War of 1812, when he heard that British soldiers were attacking nearby Fort McHenry, Cohen rushed into the fray and fought in the two-day battle, along with his brother and other Jews. Afterwards, he recorded that he and other soldiers “amused themselves by trying to find a tune for” Scott Key’s new song.

After the war, Mendes Cohen lived an immensely colorful life. He and his brother ran lotteries, raising money for many of the city’s public and private buildings. His oldest brother Jacob helped lobby for the 1826 law known as the “Jew Bill” which allowed Jews and other non-Christians to hold office in Maryland. In middle age, Mendes Cohen travelled the world, writing letters describing his many adventures. He was the first American citizen the Ottoman Empire allowed to visit the ancient land of Israel, and he documented the abuse of Jews by their Turkish overlords there. In Jerusalem, he noted, “The appearance of the synagogues is that of poverty as they are not allowed to build or add to their buildings without paying a large sum to the Turks.”

Baltimore’s Jewish population continued to grow and by the mid-1800s about 8,000 Jews called Baltimore home. By 1925, there were 65,000 Jews in the city. For years, Lombard Street was the main Jewish artery. The area boasted many synagogues, Jewish bookstores, kosher butchers and restaurants, and was called “Corned Beef Row” for its many Jewish eateries. 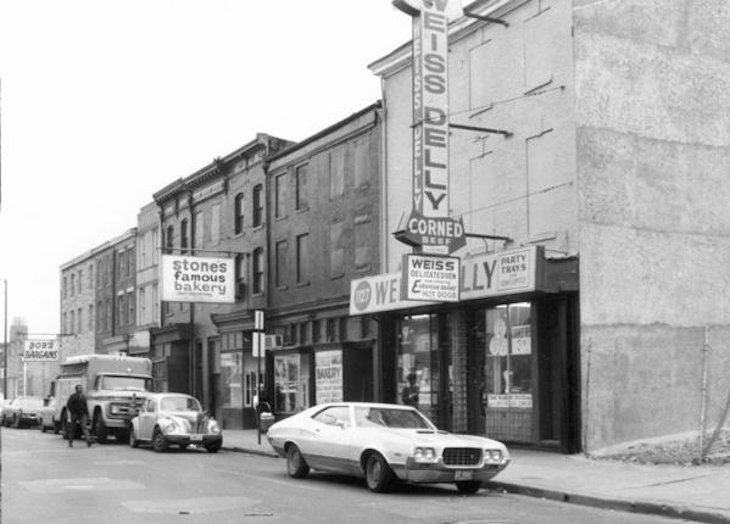 As the largely immigrant population became more established, much of Baltimore’s Jewish life migrated to the northwestern part of the city. The city has continued to attract Jews with its vibrant Jewish neighborhoods and amenities. Between 1999 and 2010, the number of Jewish households in the area grew by 16%. Tamar Livingstone, a social worker who moved to Baltimore with her family from Chicago in 2018, explained to Aish.com that the community is growing by leaps and bounds, with Jewish families moving into Baltimore from all over the country. “We love it here. Even though it’s so large, it still has a small-town feel.”

It’s easier to keep kosher in Baltimore than in many cities. Seven Mile Market in the Baltimore suburb of Pikesville is the largest kosher grocery store in the entire United States. With over 55,000 square feet of retail space, it includes an in-store optometrist, kosher meat counters, fish, extensive dry goods and a floral section. Oriole Park Camden Yards, home to the Baltimore Orioles, boasts kosher snack food for fans and even hosts Jewish afternoon and evening services during games for fans who don’t want to miss praying with a minyan.

Lev Avraham Rosenstock, a member of Baltimore's Tiferes Yisroel, confirms that Baltimore's Jewish community is "growing by leaps and bouonds" and estimates that the number of large synagogues in the city has doubled or tripled in the past 20 years. Tiferes Yisroel illustrates what makes Baltimore so special: members come from all walks of life, united in their passion for Jewish growth.

"There's a big sense of achdus, unity, in Baltimore that is unique and welcoming," Mr. Rosenstock told Aish.com. 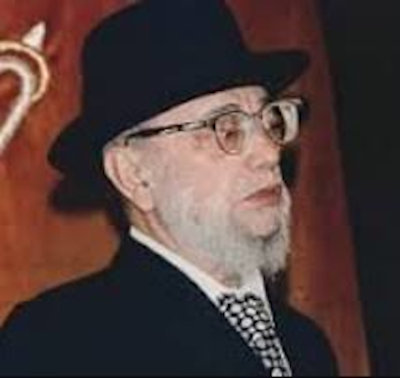 Baltimore is home to one of the world’s foremost “yeshivot”, or Jewish talmudic schools: Ner Yisrael. Rabbi Sheftel Neuberger, Menahel (Principal) of the yeshiva, explained to Aish.com what makes Ner Israel special: “we try to infuse each of our (students) with a sense of responsibility for their community.

Founded in 1933 by Rabbi Yaakov Yitzchak Ruderman, an eminent Torah scholar from Russia, Ner Israel started with a class of just six students. Rabbi Ruderman named his school Ner Israel, or “candle of Israel” after the Jewish scholar Rabbi Israel Salanter, who stressed the ethical nature of Judaism, emphasizing the crucial Jewish value of being kind and caring to all. 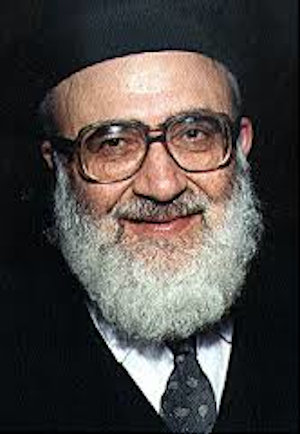 After the death of Rabbi Ruderman, his formidable son-in-law, Rabbi Yaakov Weinberg, zt"l, became the Rosh Yeshiva. Today, Ner Israel encompasses three schools – an accredited college/yeshiva, a high school, and kollel, an advanced school for higher study – and educates about 800 students. Students flock to Ner Israel from around the world. Following the Iranian Revolution in 1978, dozens of Persian Jews fled to Baltimore and enrolled in the school. Ner Israel also runs programs for South American Jews: students come from Mexico, Costa Rica, Bolivia, Peru, Guatemala, Chile, Panama and elsewhere. Recently, Rabbi Neuberger explains, the yeshiva has run a boys’ summer camp for Jewish youth from Venezuela, giving them a taste of Baltimore’s rich Jewish community. “Many of the boys come back to study in the yeshiva," Rabbi Neuberger notes.

Ner Israel has shaped Baltimore. “A good number of the younger rabbis, many teachers and principals and the lay leadership of Baltimore’s schools have a connection with Ner Israel. We work very hard to keep everyone together. We have a special community and it continues to grow,” Rabbi Neuberger explains. Ner Israel has consulted with Jewish schools across the country and in Canada, helping yeshivas and Jewish study programs get off the ground in Toronto, Atlanta, Columbus, Cincinnati, Dallas and elsewhere.

For the past 20 years, hundreds of inner-city children from Baltimore have had the opportunity to visit Israel on the highly selective Elijah Cummings Youth Program. Founded by Rep. Cummings, a long-time congressman from Baltimore, the two-year long program pairs intensive education with a month-long visit to the Jewish state. 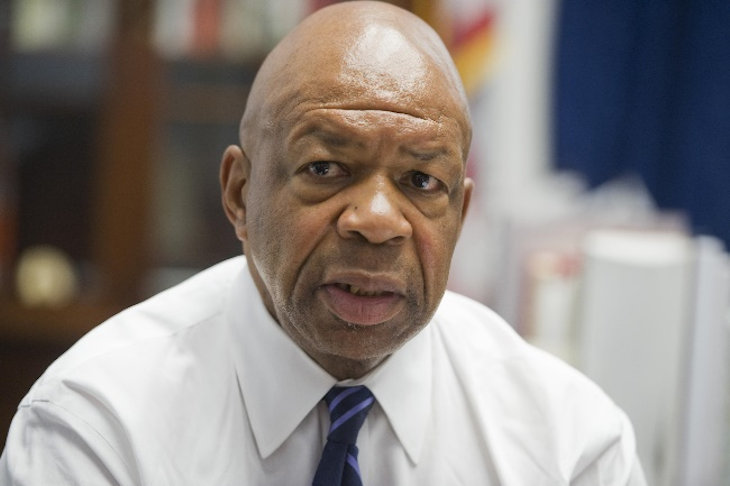 “Our Fellows lead their generation by gaining first-hand cross-cultural knowledge and skill. Our efforts are infused with the desire to further historic African-American and Jewish bonds,” the program’s website explains. Fellows receive intensive tutoring in political and social subjects, then embark on a trip to Israel where they get to know Israeli students; after they come home, Fellows complete a final community service requirement back in Baltimore. 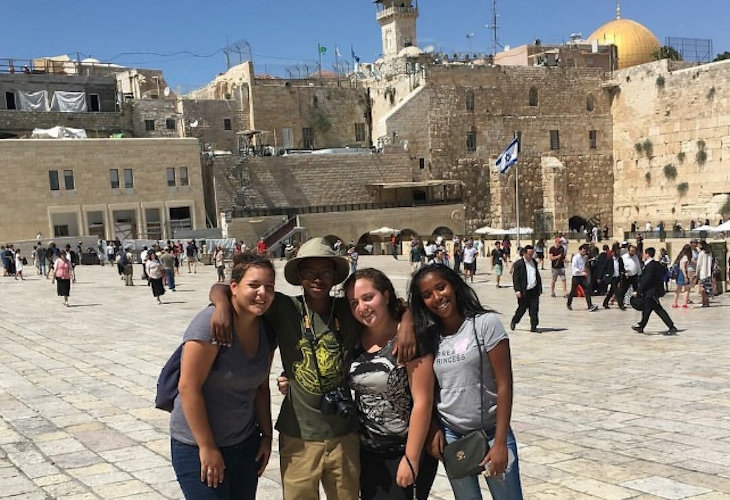 Over 200 students have completed the Elijah Cummings Youth Program in Israel, including CNN anchor Victor Blackwell, who participated in 2017, and said it “made me a better man, made me a better journalist, and... gave me some of the most formative experiences and longest friendships of my life.”

In recent years, the area of downtown Baltimore that was once known as “Corned Beef Row” and was home to the bulk of the city’s Jews has seen a resurgence. Most of Baltimore’s Jewish community moved to the northwest corner of the city and to the nearby suburb of Pikesville just over the border of Baltimore. Now, Jews are beginning to move back into downtown, as well.

Jewish students, young professionals and empty nesters have been filling the area, and demand for Jewish amenities in central Baltimore is growing. The downtown area has two kosher eateries, including one that opened recently. A new downtown eruv is even in the works. In April 2019, Baltimore Mayor Bernard C. "Jack" Young signed a proclamation declaring "The Downtown Eruv District", which will make it easier for observant Jews to once again call central Baltimore home.

Why Only Hanukkah Is Celebrated as a Family
How Did I Miss It?: Rosh Hashana
Where's Waldo and the Design Argument
Bagels, The Ghetto, and Yom Kippur: A Journey into the Bagel’s History
Comments