Can God Create a Rock He Can’t Pick Up? 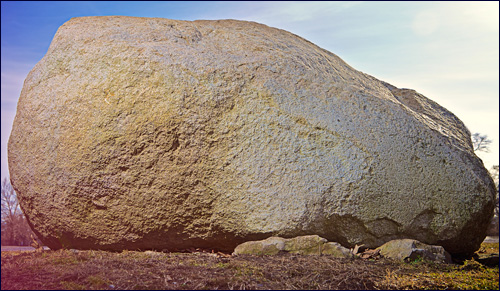 A Jewish approach to the classical philosophical dilemma.

In order to tackle the problem with the "yes" answer – that God can create such a rock – consider the following question. Can God make a triangle shaped like a circle? Of course not! If we define a triangle as an object formed by the intersection of three lines, it is illogical to ask whether God can make one that is spherical. If God creates an object that is round, then, according to our definition of a triangle, the object is no longer a triangle.

In the same way that a triangle can never be a circle, it is impossible to say that God – an unlimited being – can ever create a rock that is too heavy for Him to lift. Since God is infinitely strong, He will always be able to pick up any boulder, no matter the weight or size.

When Judaism characterizes God as "omnipotent," it does not mean He can do anything. It means that God has the power to do anything that is logically possible. Part of God's utter perfection is that His every action is the result of pure, unadulterated reason. God is incapable of doing something illogical," and logic tells us that a being with infinite strength could never make a rock too heavy for Him to lift.

Turning to the "no" answer to our original question – that God cannot create a rock too heavy for Him to lift – doesn't this imply that there is indeed something God cannot do, and that He is thus not all-powerful?

If we think about it, the question can be posed more generally: Can God – an infinite being – make Himself finite? For 82if God is completely beyond limitations, He should be capable of going against His very nature to turn Himself into a being with limitations. If God is not capable of limiting Himself, then is He really the unlimited, all-powerful God that Judaism claims He is?

To appreciate that God's inability to "limit" Himself is not really a limitation at all, we need to understand that there are many things that God "cannot" do – none of which imply a limitation on His part. For example, God cannot feel tired, forget things, get bored, or even die. These terms apply only to us. Since we are limited, we experience the limitations of tiredness, forgetfulness, boredom, and death.

Another action that God cannot do is to make a copy of Himself. Two infinite beings cannot co-exist, because they would both be part of "one" infinite reality. One infinite plus one infinite equals one infinite. God also cannot change His nature. To be infinite means to be immutable – without the possibility of change.

As we see, there are many things God cannot do, many "limitations" He cannot bring upon Himself. But this is because these "limitations" are not really limitations at all, but rather the necessary result of being unlimited.

In other words, the resolution of the omnipotence paradox is that God's inability to make Himself finite is not a lack or flaw on His part at all. This limitation is not testimony to His imperfection. On the contrary, it is actually the ultimate expression of His perfection."

The greatness of an infinite, unlimited being is that He can never lose His unlimited nature. God can never go against logic and make a round triangle, expend too much energy and become tired, nor compromise His perfect memory and forget things. God can never become bound by finite terms. It is an error to view this inability as a limitation that reflects a weakness on God's part. It is really the exact opposite. What makes God so infinitely powerful is that He cannot do the things we mortals can do.85 It is only because of our finitude – our natural weakness and restrictions – that we experience limitations such as sickness, depression, immortality, or the inability to lift a heavy rock. For the Infinite One, however, His all-powerful nature simply does not allow for such weaknesses. 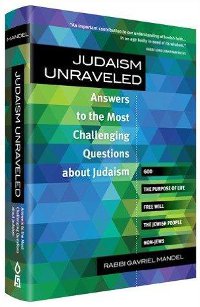 Excerpted from Judaism Unraveled, a new book that candidly explores in an in-depth manner challenging questions asked about Judaism. Click here to order. "An important contribution to our understanding of Jewish faith...in an age badly in need of its wisdom." – Rabbi Lord Jonathan Sacks, Former Chief Rabbi of the United Kingdom

82. Italian philosopher Thomas Aquinas and Muslim philosopher Averroes, both of whom lived in the thirteenth century, are two of the many philosophers who have pondered the omnipotence paradox. See Edward R. Wierenga, The Nature of God: An Inquiry into Divine Attributes, (Ithaca, NY: Cornell University Press, 1989).

83. Logic, as used in our answer, should not be confused with nature. According to Judaism, while God cannot go against logic, He can go against the laws of nature for the sake of a miracle, by temporarily altering the system of natural law that He Himself created – such as the splitting of the Red Sea, when the Jewish People left Egypt.

Logic and nature are very different. The concept that one plus one equals two is logic; the fact that a tree grows from a seed is nature. God cannot make one plus one equal three. God can, however, make a tree grow without a seed. When we are discussing the capabilities and limitations of an infinite being, by definition, the question will be rooted in what is logical or illogical, not what is in accordance with nature or against the laws of nature since nature is a finite reality created by God.

Rabbi Gavry Mandel studied at Aish HaTorah College of Jewish Studies in Jerusalem for five years. While there, he developed a very close relationship with its founder, Rabbi Noah Weinberg, of blessed memory. As a student of Rabbi Weinberg, he entered the field of Jewish education, teaching and staffing numerous programs run through Aish Jerusalem. Rabbi Mandel has been involved in Jewish education ever since, working with a number of organizations. He currently serves as a campus rabbi for Aish HaTorah’s branch in Toronto, active with the Jewish student body at universities in Toronto and London, Canada.

Should Passover be Celebrated in Auschwitz?

Can You Have Your Fake Pork and Eat It Too?
Lessons from the Book of Jonah
Where Are We? The Body, Brain, Soul Problem
Dr. Sheila Nazarian’s Escape from Iran
Comments
MOST POPULAR IN Spirituality
Our privacy policy
Aish.com Is Looking for Great Writers