A Quick Overview of the High Holidays 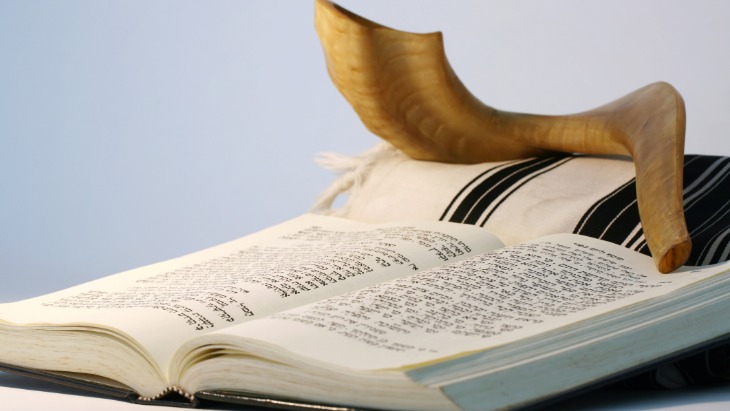 The most important time of the Jewish year is often the most misunderstood. Here's all the basics you need to know.

The High Holiday period actually begins in Elul, the Hebrew month preceding Rosh Hashana. Elul is an important period of introspection, of clarifying life's goals, and of coming closer to God. Because when the big day of Rosh Hashana comes, and each individual stands before the Almighty to ask for another year, we'll want to know what we're asking for!

During Elul, many people perform a daily cheshbon – a spiritual accounting ― where we step back and look at ourselves critically and honestly, with the intention of improving.

In order to arouse us to this task, it is the Ashkenazi custom to blow the shofar every morning after prayers during the month of Elul.

Historically, this month has great significance, because it was on the first day of Elul that Moses ― following the sin of the Golden Calf ― ascended Mount Sinai to receive a new, second set of stone tablets. Forty days later ― on the seminal Yom Kippur ― Moses returned to the people with tablets in hand, signaling a repair of the breech between the Jewish people and God.

High Holiday preparations intensify on the Saturday night before Rosh Hashana, when we recite "Slichot," a special series of prayers that includes the powerful "13 Attributes of Mercy."

Rosh Hashana is the Jewish New Year, commemorating the creation of Adam and Eve, the first human beings. On Rosh Hashana, the Books of Life and Death are open on the heavenly desk. On this "Day of Judgment," we each stand before God and offer our best case for being "created anew" ― i.e. granted another year of life.

The morning before Rosh Hashana, we perform "Hatarat Nedarim" ― annulling all vows. This enables us to enter the new year with a clean slate.

The essential mitzvah of Rosh Hashana is to hear the sounding of the shofar.The shofar blasts represent three distinct themes of the day:

The shofar is also mindful of the biblical story of Abraham binding his son Isaac, when a ram was caught in the thicket and sacrificed in Isaac's stead. We blow a ram's horn to recall the great act of faith in God performed by Abraham and Isaac; tradition records that this event occurred on the day of Rosh Hashana.

The shofar is not blown when Rosh Hashana falls on Shabbat.

A central part of Rosh Hashana is the festive meal. During the High Holidays, a round challah is used ― symbolizing fullness and completion. We dip the bread into honey, and also an apple into honey, symbolizing our prayer for a sweet new year. On Rosh Hashana, we also eat a series of foods that symbolize good things we hope for in the coming year.

It is customary to greet others with the words: "L'shana Tova ― Ketivah vi-chatima Tova." This means: "For a good year ― You should be written and sealed in the good (Book of Life)."

While the decision for "another year of life" is handed down on Rosh Hashana, the verdict is not "sealed" unto Yom Kippur. Therefore, the 10 days from Rosh Hashana to Yom Kippur are a crucial period when most peoples' judgment "hangs in the balance." During these "Ten Days of Repentance," we engage in intense introspection, and are particularly careful with our speech, actions, and mitzvah observance.

Following the Golden Calf, Moses pleaded with God to forgive the Jewish people. Finally, on Yom Kippur, atonement was achieved and Moses brought the second set of Tablets down from Mount Sinai. From that day forward, every Yom Kippur has carried with it a special power to cleanse the mistakes of Jews (both individually and collectively) and to wipe the slate clean.

Yom Kippur is thus the holiest day of the Jewish year. In order to help us achieve a high spiritual level, there are five areas of physical involvement which we remove ourselves from on Yom Kippur:

The Yom Kippur fast begins before sundown, and extends 25 hours until the following nightfall.

Though Yom Kippur atones for transgressions against God, this does not include wrongs committed against our fellow human beings. It is therefore the universal Jewish custom ― sometime before Yom Kippur ― to apologize and seek forgiveness from any friends, relative, or acquaintances whom we may have harmed or insulted over the past year.

The High Holidays are followed five days later by Sukkot, a holiday of immense joy, where we express our complete trust in God, and celebrate our confidence in having received a "good judgment" for the coming year.

How to Really Grow During the Month of Elul

Elul: How to Realistically Change the World

Slichot and the 13 Attributes