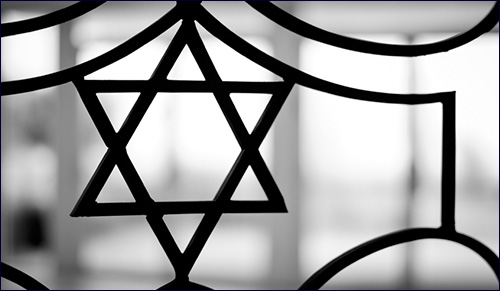 Passover and the redemptive value of Jewish identity.

Our Sages assert that the Israelites in Egypt were on the lowest level of spiritual impurity. They worshipped idols. They were debauched and dissolute. So how did they merit the grand and miraculous redemption?

They had only three things going for them: They kept their Hebrew names, their Hebrew language, and their distinctive Hebrew dress. In other words, they retained their Jewish identity.

Wait a second! Didn’t you cringe when you found out that the biggest Ponzi scheme in history had been perpetuated by someone with a distinctly Jewish name? Wouldn’t we have preferred that instead of retaining his Jewish identity he had changed his name to Christopher Johnson?

What is the redemptive value of Jewish identity?

Judaism promulgates a teleological worldview – that history is moving toward a specific goal, namely, the Redemption, or the Messianic era. So how can a generation as dissolute as ours be redeemed?

The Power of Community

The challenge to identify as a Jew or not became a viable choice in the 19th century, as the ghetto walls came down. During the 19th and early 20th century, huge numbers of Jews defected. Over the course of the nineteenth century, the majority of Warsaw’s most affluent Jews converted to Christianity. In the Austro-Hungarian Empire between 1867 and 1918, about 20,000 Jews converted to Christianity to rid themselves of the social stigma of being Jewish. (Gustav Mahler is the most famous example; he converted to Roman Catholicism in 1897 in order to snag the post of Conductor of the Viennese Opera.)

Many Jewish immigrants en route to America from Eastern Europe threw their tefillin into the New York harbor because they wanted to eschew their Jewish identity and become “Americans.” In contrast to the ancient Hebrews in Egypt, who retained their Hebrew names and language, many Jewish immigrants changed their names. The film Hester Street about life on the lower East Side has a scene in a class for ballroom dancing. The sign on the wall proclaims: NO YIDDISH SPOKEN HERE.

In our generation, many Jews have renounced their Jewish identity in favor of becoming “citizens of the world.” Their political views have led them to identify with the enemies of the Jewish People.

Since 1948, the benchmark of Jewish identification in America has been, more than synagogue affiliation, support of the Jewish State. Rabbi Nachman Kahane remembers that when he was a teenager in New York in 1948, he helped raise funds to buy arms for the Jewish fighters in what was soon to be the State of Israel. Their truck would stop at a street corner, they would jump out, and two of them would hold an Israeli flag horizontally. Passers-by would reach into their pockets, and without even looking, throw everything they had into the flag. This enthusiastic support of Israel was unwavering in the American Jewish community until the last decade.

That’s why alarm bells rang a couple years ago when a study revealed that 50% of American Jews under the age of 35 would not consider it “a personal tragedy if the State of Israel ceased to exist.” Two months ago an American Congresswoman declared that the Jews of America had sold out Israel in their support of Obama’s diplomatic surrender to Iran’s nuclear program.

The minimum requirement to be redeemed is to identify as a Jew.

The nadir of this abandonment of support for Israel is the BDS (Boycott, Divestment, Sanctions) movement, which actually has some Jews among its supporters. The BDS movement seeks to destroy Israel economically just as Iran seeks to destroy Israel physically. The starkest defection from the Jewish People is to side with those sworn to our destruction. According to Jewish law, every person born to a Jewish mother is Jewish, even if s/he converts to another religion. But a Jew needs to minimally cast his/her lot with the Jewish community to be redeemable.

Let’s be clear here. God wants the maximum from us Jews: love your neighbor as yourself; keep Shabbos; don’t speak lashon hara; keep kosher – the whole nine yards. But the minimum requirement to be redeemed is to identify as a Jew.

Why should a dissolute Jew who identifies as a Jew be redeemable? Here it gets mystical. According to our sages, the Patriarchs and Matriarchs passed their spiritual DNA down to their descendants. Their spiritual achievements were not personal. In virtually every Divine revelation to the Patriarchs, God makes promises dealing with their descendants – they will be “like the stars of the heaven” and “like the sands of the seashore,” they will inherit the Land of Israel, etc. Among the promises was that God would not let a Jewish soul hit rock bottom without Divine intervention to stop his free-fall. This spiritual safety net is called, “zechut avot,” the merit of the forefathers.

But zechut avot, like any inheritance, only becomes yours if you claim it. Your grandfather can bequeath you a bank account worth a million dollars, but if don’t show up at the lawyer’s office and identify yourself as Jake Levy’s grandson, you won’t have access to his fortune. If you don’t actively identify as a Jew, you can’t inherit the precious fortune of zechut avot.

Passover poses the challenge to every Jew: Are you in or are you out?

Zechut avot is like a skydiver’s reserve chute. If the main parachute fails to open, and the skydiver is falling at 120 mph, she can be saved by the reserve chute. But only if she pulls the cord! The cord that activates the merit of the forefathers is Jewish identity.

Jewish identity is what prompted Kirk Douglas to fast every Yom Kippur. As he proudly stated, “I might be making a film, but I fasted.”

Jewish identity is what prompted Supreme Court Justice Ruth Bader Ginsburg to post a large silver mezuzah on the doorpost of her Supreme Court chambers.

Jewish identity is what prompted movie star Scarlet Johansson to stand up for Israel at the cost of her prestige as an Oxfam ambassador.

The Passover Seder speaks about four sons. Only one of them is cast as “wicked.” As the Hagaddah states: “The wicked son, what does he say? ‘What is this service to you?’ ‘To you,’ but not to him. Because he excludes himself from the community, he is a heretic. … Say to him, ‘Because of what God did for me when I went out of Egypt.’ For me, but not for him, because if he would have been there, he would not have been redeemed.”

The first Passover marked the birth of the Jewish nation. Every Passover since poses the challenge to every Jew: Are you in or are you out?

Passover Miracles Today
Faith: the Axis Upon Which the Wheel of Science Turns
Love - Not Just About Chemicals Anymore!
Is There a Moral Code in a Virtual World?
Comments
MOST POPULAR IN Israel
Our privacy policy