Identifying As A Jew in an Anti-Semitic World 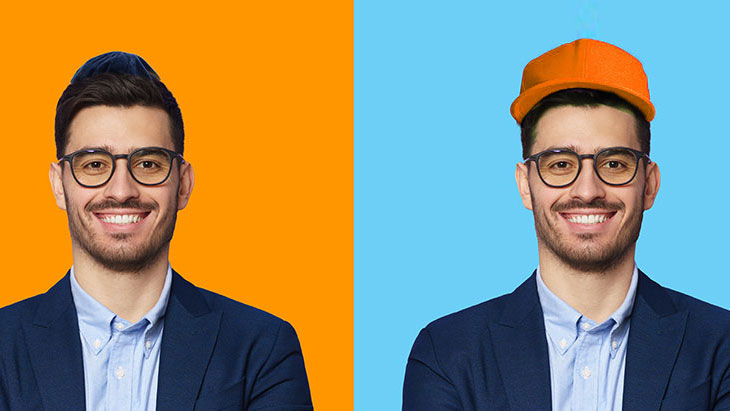 Leave the kippah on or take it off?

As a wave of anti-Semitic attacks, spurred by pro-Hamas propaganda, sweeps the world, America has suddenly become witness to a pandemic for which no vaccination has yet been discovered. Wear a yarmulke, a gold chain with a Star of David, speak Hebrew in public or respond affirmatively when directly asked if you’re a Jew, there's a real chance you'll be attacked, beaten up or perhaps even killed.

Exaggeration? You have but to read serious advice presently being offered by a number of “prominent leaders” that offer the “wisdom” that at a time such as this spiritual self-negation is a safer and better alternative than public admission of one’s Jewish identity. Aaron Keyak, whose Twitter and LinkedIn bio claims that he “led Jewish engagement for the Biden-Harris campaign and transition,” last week – as one of many examples – tweeted, “It pains me to say this, but if you fear for your physical safety take off your kippah and hide your Magen David. Obviously, if you can, ask your rabbi first.”

At least Mr.Keyak was kind enough not to claim his opinion as the last word on the matter. It’s probably not a bad idea to “ask your rabbi first” – not just for religious reasons but to add somewhat of a historic perspective.

Two years ago, in a European prelude to what is happening in the United States today, we learned that the “new Germany” encourages Jews in Germany not to wear their head coverings everywhere in public. It is now dangerous for Jews to be readily identifiable. Germany’s top official responsible for efforts against anti-Semitism, Felix Klein, decided that personal safety is more important than religious freedom. And so, in a remarkable historic irony, the country that gave us the Holocaust and the Star of David as a badge of shame, today in the guise of concern for its Jewish residents, gives us guidance about how to cope with the nascent rise of anti-Semitism by suggesting that this time we hide our identities and forsake our traditions!

Michel Friedman who previously served as president of the European Jewish Congress put it bluntly: “When a representative of the federal government officially tells the Jewish community that ‘you are not safe against anti-Jewish hate everywhere in Germany’, then that is a pathetic display for the rule of law and political reality.”

It is hard to believe that in the span of one generation we have gone from the defeat of Nazism and the realization of the ultimate unspeakable horrors of anti-Semitism to a repeat of Jew hatred considered so unstoppable and insoluble that the only viable response is for Jews to hide who they are and ignore their religious beliefs.

In a remarkable midrash the rabbis explain why the temple, the holiest symbol of God’s close relationship with the Jewish people, was built in the city of Jerusalem on a site apportioned to the tribe of Benjamin. Benjamin had one merit. When Jacob went to meet with his Esau, Jacob bowed before his brother and had his entire family follow. Some commentaries interpret this as a mistake. A Jew bows only to God, not to another human being. A Jew does not cower or tremble before a fellow human being; his faith makes him immune to fear.

Because Benjamin had not yet been born at the time of this encounter, he was the only one in the family who did not bow. It was only on Benjamin’s territory that the temple could be built. And it was only a descendent of Benjamin, Mordechai of the Purim story, who would defy the ruling of Haman that all Jews were to bow to him – the conviction of public pride in our identity as Jews that was responsible not only for the miracle of the Purim story but for our continued survival throughout all of history.

The “new Germany” and its Jewish leadership two years ago came up with what it believes is “for now, the best solution.” The head of Germany’s Central Council of Jews, Josef Schuster, warned against wearing religious symbols on city streets for fear of attack, with a stark caution that Jews who wear a kippah or a Star of David could be courting danger on German streets.

The head of the European Jewish Association, Rabbi Menachem Margolin, however criticized Schuster, saying he was “mistaken in the cure for the serious problem. Not wearing a skullcap due to fear of anti-Semitism is in fact the fulfillment of the vision of anti-Semites in Europe.”

In the famous scene in “Fiddler on The Roof”, when the Jews are being forced out of Anatevka, one of the townsmen says to Tevye, "Our forefathers have been forced out of many, many places at a moment’s notice."

Tevye responds: "Maybe that’s why we always wear our hats."

The response was typical Tevye. It was humor overlaid with irony. But Jews have always understood the far more profound meaning of the line. We wear our hats as a symbol of Jewish pride, a way of publicly declaring not only our religious affiliation and identity but also our firm conviction that there is always someone above us – above our minds and our understanding. That someone is the God of Abraham, the God of Sinai, the God of the Temple in Jerusalem in the territory of Benjamin – and the God whom we serve with pride, in the words of Isaiah, as “a light unto the nations.” 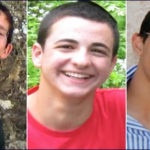 The Legacy of the Three Boys5 min read 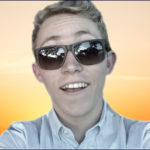 Do You Pass the Israel Test?1 min read

Just Breathe: Why Celebrate Mother’s Day Even if You Don’t Really Love Your Mother1 min read