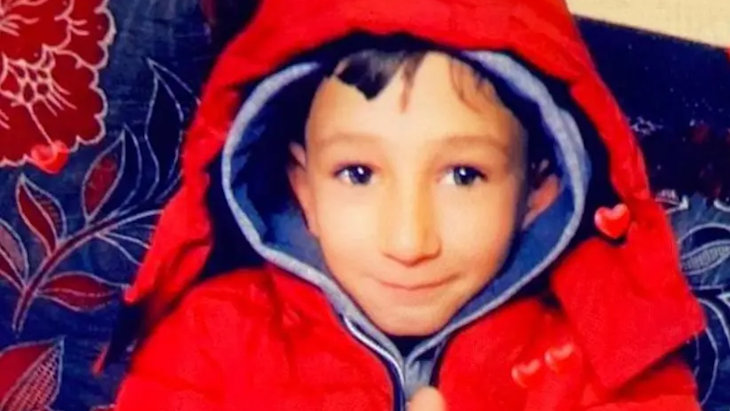 Jews have been blamed for violence in cases where they’ve been victims or tried to help.

Recent weeks have seen a slew of accusations against Jews for murder, in complete contravention of the facts. The accusations are chutzpah on steroids. Here are four horrible examples of Jews being blamed for deaths, both of others and at times for their own.

When the parents of Qais Abu Ramila, an eight-year-old Arab boy living just outside Jerusalem, didn’t know where he was on Friday, January 24, 2020, they called the police. A few hours previously, they’d given the boy a 50 shekel and told him to pick some items at a nearby grocery store. When he still hadn’t returned home hours later, his parents feared the worst and turned to local officials as well as Jewish volunteers for help.

Israeli first responders leapt into action, searching his neighborhood. After appealing for help, hundreds of Israelis joined in the search overnight. Some local residents began to blame Jews. While the search was still going on, police were forced to use precious resources to block an angry mob of Arab men from attacking a nearby Jewish neighborhood after false allegations that Jews had murdered the boy whipped up hatred.

By the early hours of Saturday morning, Israeli first responders feared the boy might have fallen into a pit that recent rains had rendered full of water. Searchers pumped water out of a rainwater-filled area, and found Abu Ramila’s lifeless body. The 50-shekel note was still in his pocket. Magen David Adom ambulance workers tried to revive him but tragically he was declared dead.

Abu Ramila’s parents mourned their son, telling local Israeli journalists that he was “the flower” of their family. They acknowledged that his death was a horrible accident. Yet while the Abu Ramila family was grieving, an anonymous social media post declared the completely fabricated lie that Israeli Jews had murdered the boy, kidnapping and assaulting him before throwing him into a well to drown. This lie was reminiscent of medieval accusations that Jews poisoned wells and killed Christian children. Despite its obvious falseness, the post gained traction, being shared and re-tweeted by prominent figures around the world.

Palestinian official Hanan Ashwari re-tweeted the false accusation. Former British MP and radio personality George Galloway took the lie even further, asserting that the boy (whose age he got wrong) was murdered by illegal Israeli settlers” (sic) and - in what sounded a lot like an incitement to violence - called for “anyone (to) check this evil rampage against the people of Palestine. Anyone?” In the US, Rep. Rashida Tlaib also re-tweeted the slanderous lie that the eight year old was murdered by Jews. She deleted the tweet when it’s grotesque accusation proved to be false, but not before it was seen by supporters, baselessly smearing Israeli Jews as murderers.

Blaming Jews for their Own Murders

After two domestic terrorists who were members of a Black-supremacist cult-like religion attacked a kosher grocery store and murdered four people in cold blood on December 5, 2019, some locals blamed the Jewish victims.

That morning, the two terrorists first shot Det. Joseph Seals, a father of five. They then drove a short distance to a heavily Jewish area in Jersey City, where a note later found in their car revealed they intended to attack a Jewish school. Instead of the Jewish school, the murderers entered a kosher grocery store next door, where they murdered three people: Mindy Ferencz, the owner of the store and a mother of three young children; shopper Moshe Deutsch; and worker Douglas Miguel Rodriguez. A manifesto found in the killers’ car showed they set out to murder Jews - yet as news of the horrific murder unfolded, many locals turned their anger not on the murderers who’d attacked their community, but on Jews themselves.

“I blame the Jews” one woman at the scene of the attack said that night. The founder of a group that combats anti-Semitism filmed a crowd of Jersey City residents. One by one locals railed against the Jewish victims, not the terrorists who attacked them. “Four of yours are dead, right” one local asked the obviously Jewish cameraman, before spewing “If they were dead, that’s great.” Other passersby said they blamed “Jew shenanigans” and yelled “Get the Jews out of Jersey City”.

These horrific statements were made in the hours after the murders, when emotions were running high. Yet even later on, when it became apparent that this was a premeditated attack aimed at Jewish children and adults, one member of the Jersey City Board of Education, Joan Terrell Paige, posted on social media calling Jews “brutes” and said she empathized not with the victims but with the murderers: “What is the message they were sending?” she asked of the killers. “Are we brave enough to explore the answer to their message?” When local officials and fellow Board of Education called on Paige to resign, residents rallied to her support, attending a board meeting in order to defend her and repeat her odious message.

As Israelis and world leaders prepared to mark the 75th anniversary of the liberation of the Auschwitz death camp, one BBC reporter took the opportunity to seemingly attack Israelis for remembering the Holocaust at all.

In her internationally-broadcast report on January 22, 2020, BBC reporter Orla Guerin interviewed a Holocaust survivor inside Yad Vashem, Israel’s memorial to the 6 million Jews murdered during the Holocaust. Her report concluded with images of young Israeli soldiers entering the memorial; many were visibly moved as they looked at pictures of victims who might have been their great grandparents or other relatives.

These young soldiers, who every day put their lives on the line to defend the Jewish state, understand the history of the Jewish people they are defending. It’s appropriate that they learn about the Holocaust and its role in recent Jewish and Israeli history. Yet instead of commenting on the fact that Jews continue to face horrific anti-Semitism and that Israel, as the homeland and refuge of the Jewish people, is an indelible part of Jewish survival, Ms. Guerlin used the end of her report to trot out tired tropes attacking the Jewish state. “For decades, it (Israel) has occupied Palestinian territories” Ms. Guerlin asserts, in one sentence seemingly erasing any Jewish connection to the land of Israel, and smearing Israel as an illegitimate country with no right to its land. “...but some here will always see their nation through the prism of persecution and survival,” Ms. Guerlin concludes, apparently denying Israelis the right that every other nation in the world takes as their right: providing a refuge from persecution and fighting for their survival.

This report, viewed by millions of people world-wide, was a smear on Israeli sovereignty and legitimacy. Coming at the end of a report about the Holocaust, in which millions of Jews were murdered because there was no Jewish state to which they could flee, was an especially offensive example of chutzpah.

After Sarah Halimi, a 66-year-old Orthodox Jewish teacher and grandmother living in Paris was murdered on April 4, 2017, her killer jubilantly announced “I’ve killed the shaitan (Arabic for demon)” and “Allahu Akbar!” before throwing her battered body off her third-floor balcony to her death below. The killer was Kobili Traore; he lived in Mrs. Halimi’s building and often insulted Mrs. Halimi and her family. Despite the fact that he recently told a judge his hatred was fueled by seeing Jewish objects in Mrs. Halimi’s home, he was recently released by a judge, who declared him not culpable for the murder due to marijuana use.

Traore broke into Mrs. Halimi’s apartment after first forcing his way into another apartment in a building next door. The terrified family there barricaded themselves in a bedroom. They, like Traore, were Muslim immigrants from Africa, and they heard Traore ranting and quoting passages from the Koran. They phoned the police, but not before Traore stepped out onto their balcony and climbed on Mrs. Halimi’s balcony. He attacked her and beat her mercilessly before throwing her to her death.

Despite the clearly anti-Semitic nature of the murder, Traore wasn’t charged with a hate crime. He pleaded not guilty, telling the judge that he wasn’t responsible for his actions because he’d smoked marijuana before the murder. In an apparent contradiction of his marijuana defense, he also told the judge presiding over his case that viewing Judaica in the Halimi’s apartment, such as a Jewish candelabra and a siddur (Jewish prayer book) enraged him, making him feel he had no option but to kill Mrs. Halimi.

In December 2019, a French court ruled that Traore was not criminally responsible for his actions. He’s avoided jail time, receiving psychiatric counseling instead. On January 5, 2020, hundreds of Jews marched through the streets of Paris, protesting this outrageous decision. “My sister was massacred,” Mrs. Halimi’s brother William Attal told the crowd: the killer “targeted my sister because she was Jewish”.

The Torah exhorts us to “Distance yourself from a false word” (Exodus 23:7). It’s up to all of us to stand up and point out the truth and dispel these slanderous lies.

A Reunion with a Stranger
Vayelech 5783: Regret and Repent
Rabbi Sacks: Focus On the Important, Not the Urgent
Put Your Foot Down: Are Human Feet Poorly Designed?
Comments
MOST POPULAR IN Israel
Our privacy policy
Aish.com Is Looking for Great Writers