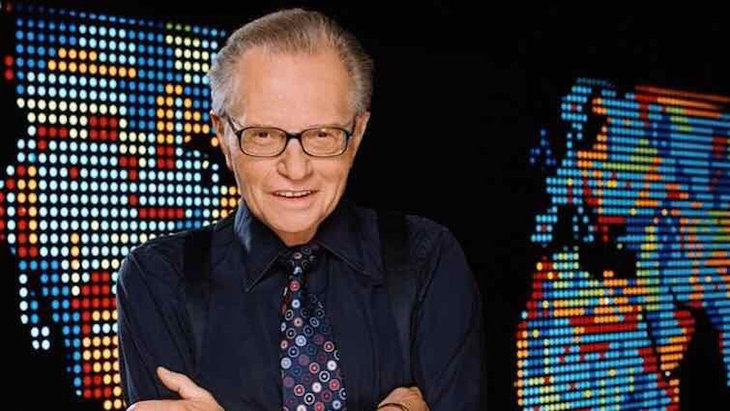 Behind the glitz of Hollywood, Larry was a kind, caring soul who recognized his Jewish roots and used his fame to help the Jewish people.

I met Larry King in 1995. Together with my production colleague Lou Rudolph, Aish Hatorah was attempting to launch an international satellite broadcast to bring awareness to the Jewish community about the plight of Soviet Jews. It was called “Help our People Know” and it was failing dismally.

Then a friend of Lou’s announced she had bumped into Larry King at the hair dresser at the Beverly Wilshire hotel and asked him if he'd meet her rabbi about a project to help Russian Jews. He said sure and minutes later we were racing over to the hotel. On the way to his room, I asked Lou, "What should we ask him?”

"Ask him to be the on-air host of the satellite broadcast."

I was petrified. I am going to ask Larry to host the broadcast of a small, and at the time, relatively unknown organization? We had 100 people signed up. Larry had one million plus viewers a night. You've got to be kidding. There was no way he'd agree to go on air with us.

We walked into his suite. I will always remember his warm, gracious welcome. He bellowed from his arm chair, "Rabbi, how can I help you?” 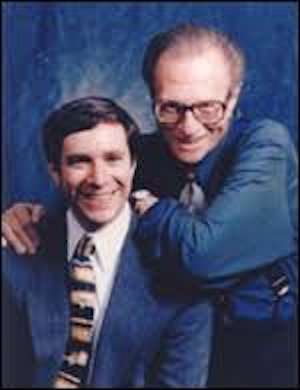 I muttered softly and in embarrassment, "Well we have this idea of an international broadcast to help Soviet Jews. Would you be the on-air host?"

Ten minutes later he had called Jeffrey Katzenberg, Chairman of Dreamworks and Sumner Redstone, Chairman of Paramount Studios and gotten them to agree to be the Co- Chairmen and to give us a sound stage at Paramount studios to produce the broadcast. As they say in Hollywood, the rest is history. The project took off and raised over one million dollars.

This was the first of many projects Larry would undertake to help the Jewish people and Aish HaTorah.

I cannot recall him ever saying no to anything I asked of him.

“Larry, we want to bring a group of leading American Jewish businessmen on a mission to Israel. Would you lead the mission?”

That trip ended up including Howard Schultz, Founder of Starbucks, Barry Sternlicht, Chairman of Starwood Hotels, the world's largest hotel group at the time, Lady Margaret Thatcher, the co-founder of AOL, and then Senator Joe Biden.

“Larry, We would like to bring them to meet with the Prime Minister of Israel. Would you arrange it for us?”

"Of course Rabbi, done. What else can I do?"

“Larry, we would like to hold a gala dinner in the Knesset. Can you arrange this for us?”

"Of course Rabbi, done. What else?"

“Larry, we'd like to bring this group on the first-ever visit to meet with King Hussein of Jordan, in the Palace. Can you call King Hussein and make this happen?"

"Of course, Rabbi. My pleasure. Done."

Behind the scenes, quietly and with little fanfare Larry, who I always called by his Hebrew name, Leibel Zeiger, was working for the Jewish people. He was not afraid to ask others to help and he was even eager to use his fame and name recognition to do good. There was a spark deep within him that acknowledged his Jewish roots and wanted a connection with his people.

When I reflect on all that he did to help our outreach efforts, I am in awe of the power of the "pintele Yid" -- that Jewish spark resting within us all, just waiting for the right conditions to be brought back to life. Larry was steeped in Hollywood but his Jewish soul was yearning to be ignited. 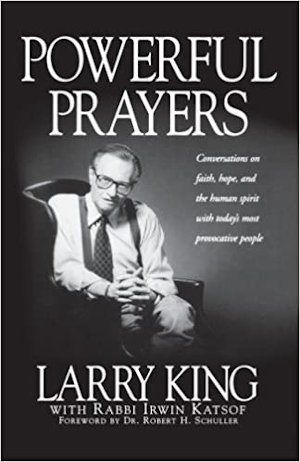 He would often tell me he was an atheist but he respected people who had faith. We discussed belief in God. I suggested we write a book together about famous people and their journeys to God and spirit. Naturally, he agreed. Out of this was born “Powerful Prayers: Conversations on faith, hope and the human spirit with today’s most provocative people."

We interviewed 100 famous people about their connection to God and prayer and the role God played in their life. It made Publisher Weekly’s ten bestselling religious books of the year. It sold over 130,000 copies. In the book we interviewed everyone from the Dalai Lama to Karim Abdul Jabbar, from President Bush to Prime Minister Peres. Their belief and trust in God touched Larry deeply. It was a struggle for him to change his position on God, but it gave him pause and caused him to reflect about his Jewish roots.

We would study Torah together. He agreed to a meeting with Rabbi Noah Weinberg. He was moved by Rabbi Weinberg’s big energy and promised to help him. We talked with him about the power of the Jewish people and he talked fondly of his roots in Brooklyn and of his grandparents in Eastern Europe. 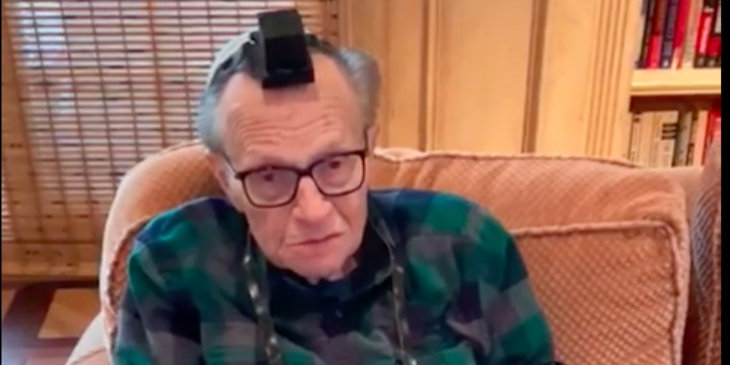 I will always remember Larry for his enormous heart and his willingness to help the Jewish people. His life touched mine and the book we wrote together reached tens of thousands and helped them examine their connection to God. Behind the glitz of Hollywood, Larry was a kind, caring soul who recognized his Jewish roots and used his fame to help the Jewish people. I appreciate all he did for me. He helped make the world better and will be missed by myself and many across the globe.

How a Spate of Synagogue Bombings in the 1950s Is Impacting Us Today
Bechukotai 5782: Divine Retribution
Behar 5782: Working to Live or Living to Work?
The Wholeness of Being Broken
Comments
MOST POPULAR IN Society
Our privacy policy