Muslim and Jewish Families Save Each Other, 50 Years Apart 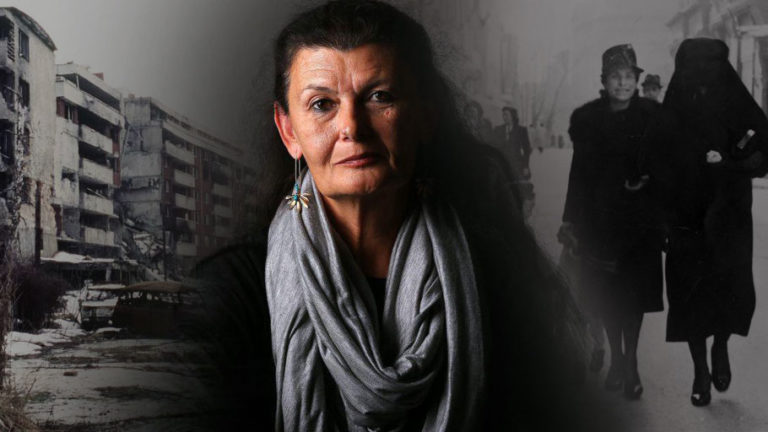 The Hardagas hid the Kabilijo family in Sarjevo during the Holocaust. They returned the favor 50 years later.

In 1941, the Nazis invaded Yugoslavia. They seized Sarajevo, looted the old synagogue and burned its precious 400-year-old Torah scrolls.

Never forced to live in ghettos, the Jews of Yugoslavia were treated better than in most of Western Europe. By the 1930s there were about 12,000 Jews in Sarajevo and another 2,000 in other cities. Though the Jewish population would be decimated during the Holocaust with 10,000 murdered by Croatian pro-Nazi fascists, some Muslims tried to protect their Jewish neighbors. 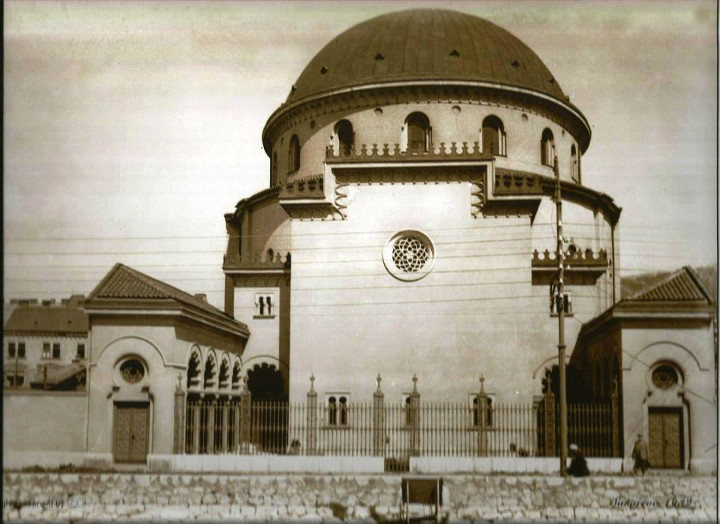 The Gestapo opened an office across the street from the home of a Muslim furniture salesman named Mustafa Hardaga and his wife, Zejneba. At night, the Hardagas could hear agonizing shrieks as prisoners were tortured in jail. 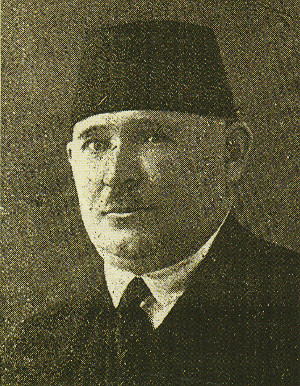 Yosef Kabiljo, a Jew, was Mustafa Hardaga’s business partner and good friend. After Kabiljo’s house was destroyed in a Nazi bombing raid, the Hardagas invited him and his family to live in their home, despite the terrible risk to their own lives.

“You are our brother and your children are like our children. Feel at home and whatever we own is yours.”

One day the Gestapo showed up at the Hardaga’s door to check their documents. Yosef Kabiljo, his wife and daughter were hiding behind items of clothing inside a large closet. Miraculously they were not discovered.

The Kabiljos remained hidden by the Hardagas until they could relocate to the Bosnian city of Mostar under Italian rule and a safer place for Jews. 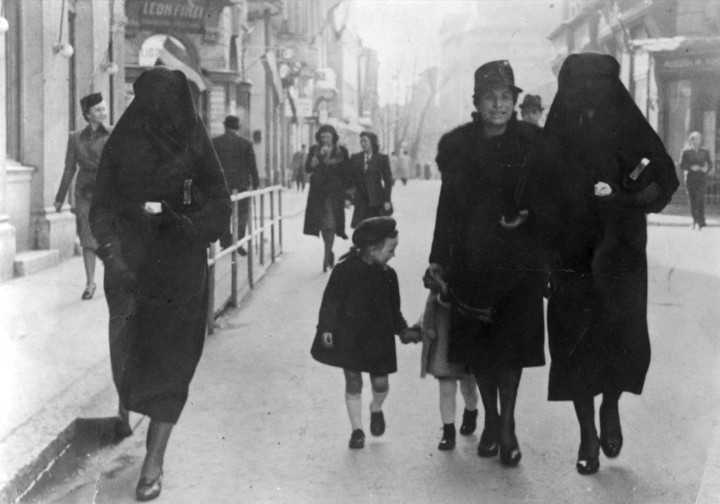 Yosef Kabiljo remained behind to liquidate his business and was eventually caught by the Nazis. Due to a heavy snowfall, the prisoners could not be transferred from Sarajevo to the infamous Jasenovac camp near Zagreb. There the Croatians were consistently killing Serbs, Jews and Roma (gypsy) people alike. Spared that fate, the prisoners were forced, with chained legs, to clear the heavy snow from the roads.

One day Yosef Kabiljo noticed Zejneba Hardaga standing at a street corner. She watched him with tears in her eyes. Despite the danger, she brought food to him and the other prisoners.

Yosef managed to escape and fled to the Hardaga home.

The Nazis discovered that the Hardagas were helping Jews. Ahmed Sadik, Zejneba’s father who had forged identification documents for Jewish families, was executed by the Nazis.

The Kabiljo family managed to survive the war and eventually settled in Jerusalem. They requested that Yad Vashem recognize the Hardaga family and Ahmed Sadik as the Righteous Among the Nations and a tree was planted in honor of their bravery.

After Mustafa Hardaga passed away in the 1960s, the Kabiljos still kept in contact with Zejneba and her daughter Sara.

The years went by until 1992. Then a vicious war broke out in Bosnia whose population was a mixture of Muslim Bosnians, Orthodox Serbs and Roman Catholic Croats. When Yugoslavia split apart, racial and religious divisions controlled under communism finally erupted. The Bosnian War, with its massacres, barbarity and genocide, became the worst conflict in Europe since World War II.

During the years 1992 to 1994, almost three million people were forced to flee from their homes, more than 100,000 were killed and thousands of women were assaulted. Serbian troops surrounded Sarajevo where snipers targeted anyone who tried to leave their homes.

Caught up in the suffering was Zejneba Hardaga, her daughter Sara Pecanac, son-in-law Branimir and nine-year-old granddaughter Sacha. Seeing their neighbors shot and dying in the street outside their home, they lived in fear that they might be next.

With no food available, the family survived for weeks on soup made of grass they picked in a local park. They needed to take shelter in the basement of their besieged home. 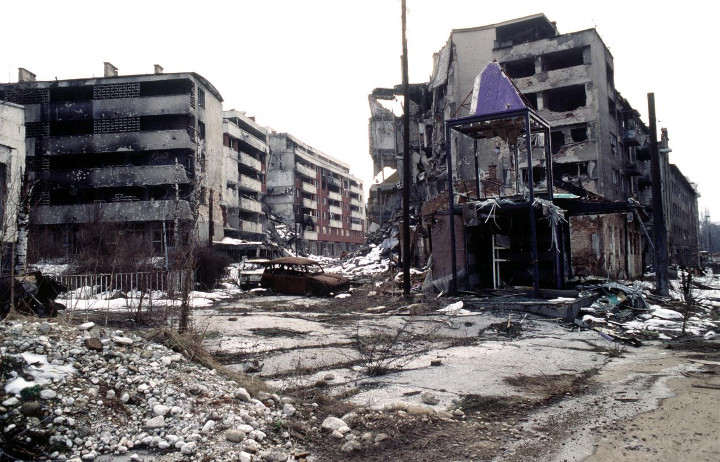 Desperate, frightened and stranded, they lost hope that they might survive this terrible ordeal. Then a message arrived from Israel.

In Jerusalem, their old friends the Kabiljos were anxiously listening to the news about Bosnia, wondering if the Hardaga family was still alive. They contacted an Israeli journalist leaving for Bosnia to cover the war. He conveyed the message to an organization in Sarajevo that the Kabiljo family was searching for Zejneba. They were relieved to discover that Zejneba, her daughter Sara, and two other family members were still surviving.

Sara Pecanac was amazed to hear the Kabiljos were trying to help them. She did not find out the story of her family’s heroism in the Holocaust until 1984. “My father had died and my mother didn’t talk about it very much,” she said of the family’s bravery. However, her mother did tell her, “You can’t control how rich you will be, or how smart or successful you will be. But you can control how good you will be.” 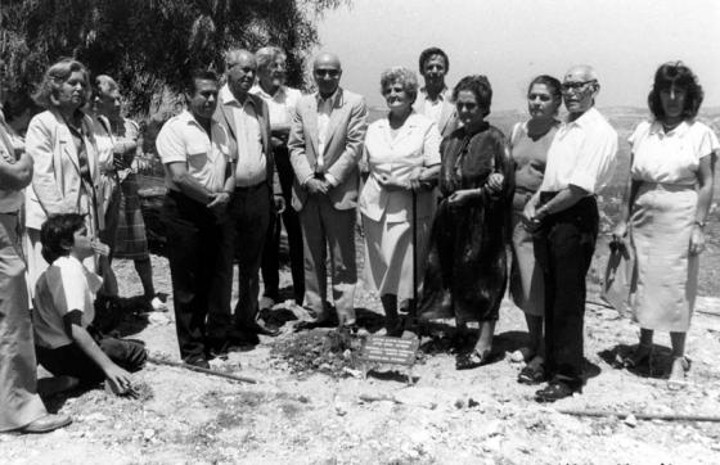 Zejneba (fourth from the right) at the tree planting ceremony in honor of her family, Yad Vashem, 1985

The Kabiljos contacted Yad Vashem for help in rescuing the family who had saved them. Yad Vashem requested permission of the president of Bosnia, but he refused to allow the family to leave the war-torn country. The Kabiljos did not give up on the friends they regarded as their family. They persisted in taking their case all the way to Prime Minister Yitzhak Rabin. Eventually, in early 1994, Sara Pecanac, her husband, daughter and mother Zejneba joined 300 other refugees on a convoy of six buses leaving the ruined city of Sarajevo. Given their choice of destinations, the family immediately chose Jerusalem. 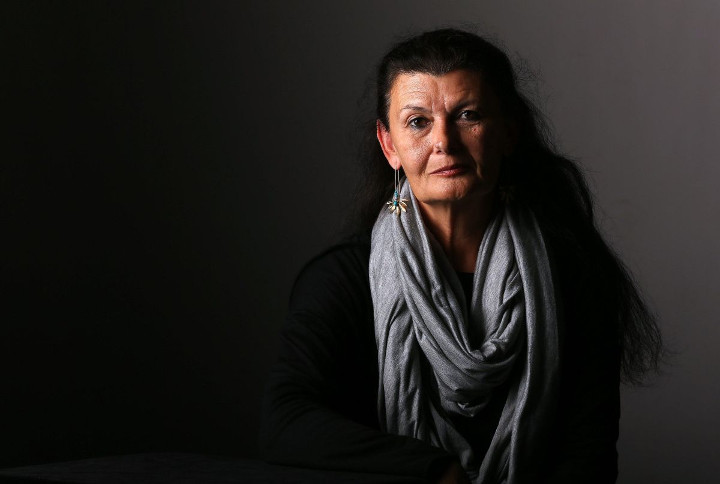 “Imagine that you are in such a state and need help and you get it from the same family that your family saved 50 years earlier,” said Sara Pecanac. The deep bond connecting the two families was probably part of the impetus that inspired Sara and her family to convert to Judaism. “It is only natural that I should want to become Jewish. It is an honor for me to belong to these people,” Sara explained. She now works for Yad Vashem where the story of her family is exhibited in the museum, where the file about the family is kept in the archive of the Righteous Among the Nations, and where a tree was planted by her mother in honor of her family’s courage and humanity.

The Knock on my Door

The Visitor
It Takes A Lot Of Faith To Be An Atheist
How Instagram Brought Back This Nostalgic Soup
What Makes Eli Run?
Comments
MOST POPULAR IN Current Issues
Our privacy policy