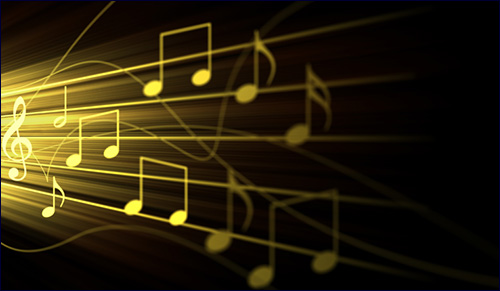 It is no coincidence that Shavuot, the anniversary of the giving of the Torah on Mount Sinai, is the yahrzeit of King David. On Shavuot, the Jewish people received their national mission to be a light onto the nations. King David teaches us about our unique mission in the world as an individual.

I have always admired King David. I even named a son after him, who was born on Shavuot. King David inspires me.

The youngest son of Yishai, from an early age David was sent out to tend the sheep and forced to eat at a separate table because of his family's embarrassment of his seemingly questionable lineage. After being secretly anointed as the new King of Israel by the prophet Samuel, David revealed himself as more than a harp-playing shepherd and poet when he courageously stood up to the 9-foot giant Goliath, slaying him with a few rocks and sling. After marrying King Saul's daughter Michal, he spent years being chased by his father-law who out of jealousy attempted to kill him several times. David responded with compassion and love, trust and devotion to His Creator who he knew orchestrated the ways of His world. He lost a baby at birth, one of his son's raped his daughter, and another son attempted to kill him and oust him from his throne.

Through it all he remained our hero, fought and won many battles on behalf of Israel and had his son Solomon build the Temple of Jerusalem. But the depth and heart of David remains most revealed in his poetry-turned-prayers called Psalms.

In the Psalms, King David moves me because of the intensity of his experience of life, because of his honesty, candidness, rawness and courage to expose his frailties and fears. Because of his humility and yearning to be closer to His maker in the light and in the dark times. He was not embarrassed to be him. He was not shy about his feelings. He exposed himself and then gave it all back to God. Nothing he felt or experienced was wasted. All was used to connect back. All was sanctified through his actions.

I also love that he was a singer. It is written that the highest gate of prophecy is through song, sung with pure intentions.

Each one of us has a unique song that lies deep in our soul. It is the most pure type of music that stems from who we truly are, in all of our splendor and beauty, the one that reveals us completely, imperfections and all.

Every experience of anguish is a note that we weave together to make a song that no one else can sing.

When we have a difficult challenge in life and experience some suffering, some of us view it as an interruption to life, a blip. But those troubles aren’t distractions – they’re precisely what create us. The pains and the uncomfortable parts of our story help craft our unique personality and character. The moments of distress create the peaks, dips and special viewpoints we have; they create the flats, the sharps and the octaves of our song. Every experience of anguish

is a note that we weave together to make a song that no one else can sing. And when we sing that song back to God through prayer, just as King David did, we fulfill the spiritual purpose for the suffering we were given.

This was part of King David's greatness and the lesson he teaches to every one of us.

Suffering, pain and turmoil are not intermission times in our lives; they create our intricacies, depletions, accents and twists for a reason. When we are honest with our pain and lacks, and allow ourselves to laugh or cry or scream as a vehicle to come closer to our Maker, that's part of our chorus. That’s part of our song that no one can sing but us. We can transform the darkness into sparks of light. When we turn pain into a vehicle for connection with the Almighty, we invest meaning into the suffering and make it holy. God doesn't do that; that choice is in our domain.

The world is our classroom. We face the tests that are given to us, to overcome a weakness and write new stanzas to our life’s song. And we can rely on God for His help and guidance. My kids recently lost their father. At the shiva I continuously heard from friends who lost parents at an early age that a hole remained with them for life. But they also gained a special connection to God that none of their friends seemingly felt. A double dose of God's help and closeness in place of that parent, just as King David writes in his Psalms.

Would my kids have chosen that combination if asked? I don’t think so. But who chooses anything? When we stop fighting against why we have a certain life circumstance and accept the Divine plan, embracing what we do have and are here to do. That’s when we can finally make use of all the beautiful, awkward-like and seemingly off key notes we possess to compose the special song only our soul can sing.

Easier said than done. Trust me, I know. But time is so precious, and so are you.

When All Went Silent

Of Angels, Cheeseburgers & Cheesecake
Blessing on Chewing Gum
Was Rahab a Prostitute?
Extras In Our Own Epic
Comments
MOST POPULAR IN Shavuot
Our privacy policy