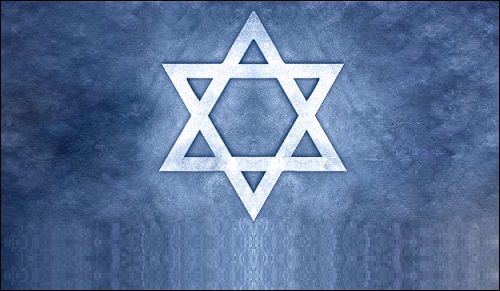 From the Holocaust to the Israeli flag, what is the deeper meaning of this six-pointed Jewish symbol?

In modern times, the Star of David has become a premier Jewish symbol. This six-pointed star (hexagram), made of two interlocking triangles, can be found on mezuzahs, menorahs, tallis bags and kipot. Ambulances in Israel bear the sign of the "Red Star of David," and the flag of Israel has a blue Star of David planted squarely in the center.

What is the origin of this six-pointed symbol?

The six points symbolize God's rule over the universe in all six directions.

Through the Jewish people's long and often difficult history, we have come to the realization that our only hope is to place our trust in God. The six points of the Star of David symbolize God's rule over the universe in all six directions: north, south, east, west, up and down.

Originally, the Hebrew name Magen David ― literally "Shield of David" ― poetically referred to God. It acknowledges that our military hero, King David, did not win by his own might, but by the support of the Almighty. This is also alluded to in the third blessing after the Haftorah reading on Shabbat: "Blessed are you God, Shield of David."

So when did the Star of David become adopted as a Jewish symbol? It is not referred to in the Bible or the Talmud, and was apparently adopted later in Jewish history. Still by exploring some various explanations on the meaning behind the Star of David, we can appreciate deep Jewish concepts.

One idea is that a six-pointed star receives form and substance from its solid center. This inner core represents the spiritual dimension, surrounded by the six universal directions. (A similar idea applies to Shabbat ― the seventh day which gives balance and perspective to the six weekdays.)

In Kabbalah, the two triangles represent the dichotomies inherent in man.

In Kabbalah, the two triangles represent the dichotomies inherent in man: good vs. evil, spiritual vs. physical, etc. The two triangles may also represent the reciprocal relationship between the Jewish people and God. The triangle pointing "up" symbolizes our good deeds which go up to heaven, and then activate a flow of goodness back down to the world, symbolized by the triangle pointing down.

Some note that the Star of David is a complicated interlocking figure which has not six (hexogram) but rather 12 (dodecogram) sides. One can consider it as composed of two overlapping triangles or as composed of six smaller triangles emerging from a central hexogram. Like the Jewish people, the star has 12 sides, representing the 12 tribes of Israel.

A more practical theory is that during the Bar Kochba rebellion (first century), a new technology was developed for shields using the inherent stability of the triangle. Behind the shield were two interlocking triangles, forming a hexagonal pattern of support points. (Buckminster Fuller showed how strong triangle-based designs are with his geodesics.)

One cynical suggestion is that the Star of David is an appropriate symbol for the internal strife that often afflicts Jewish nation: two triangles pointing in opposite directions!

The Star of David was also a sad symbol of the Holocaust.

The Star of David was a sad symbol of the Holocaust, when the Nazis forced Jews to wear an identifying yellow star. Actually, Jews were forced to wear special badges during the Middle Ages, both by Muslim and Christian authorities, and even in Israel under the Ottoman Empire.

So whether it is a blue star waving proudly on a flag, or a gold star adorning a synagogue's entrance, the Star of David stands as a reminder that for the Jewish people... in God we trust.