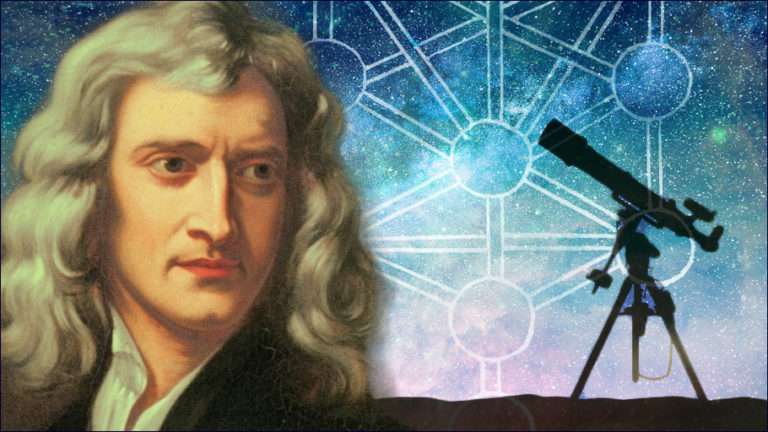 Sir Isaac Newton was one of the greatest scientists of all time. Some of his most outstanding discoveries include the laws of optics or the physics of light, the three laws of motion, the laws of gravity, and calculus. He is also famous for his Principia Mathematica, the most widely read scientific work of all time, in which he explains the motions of the planets in a single mathematical system. Born in an age that embraced rationalism and shunned religious authority, Newton was also hailed as a hero of his era. Yet, recent divulgement of Newton’s personal writings challenges all common assumptions about his true identity.

Newton’s private beliefs have been under the radar for hundreds of years, perhaps because of their unfavorable reception. Bernard Cohen’s book Franklin and Newton discusses the first time scientists discovered Newton’s personal manuscripts: He quotes John Maynard Keynes, the British great economist: “‘Upon his death in 1727, a very big box of unusual papers was discovered in his room. Bishop Samuel Horsley, who was also a scientist, was asked to inspect the box with view to publication. He saw the contents with horror and slammed the lid...’ shut.” The recent disclosure of Newton’s private manuscripts revealed that Newton was far from the archetype rationalist he was originally assumed to be. 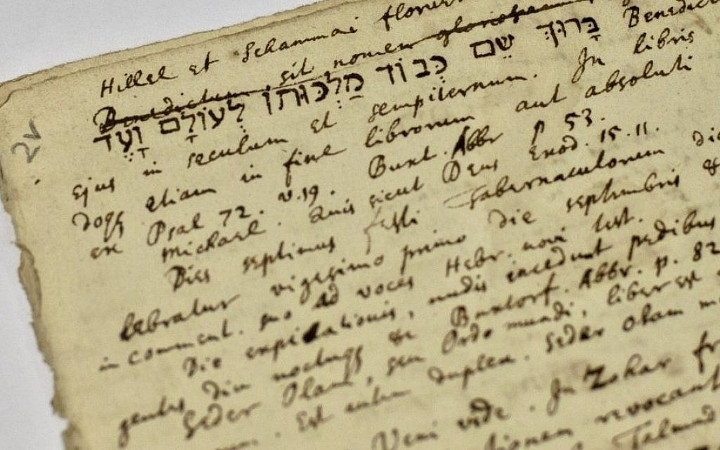 A page of Isaac Newton's writing featuring, the prayer, in Hebrew,
'Blessed is His name for eternity.'

After being tucked away for 200 years, Newton’s manuscripts were finally auctioned off in 1936. Keynes, The Babson family in America, and Israeli Professor Avraham Shalom Yahuda bought the majority of them and donated them to university libraries around the world. These manuscripts have been made available in the past 25 years.

It’s no wonder that both Christian and secular-minded scientists who had originally revered Newton had little incentive to publicize their findings. Newton’s manuscripts revealed that he took a keen interest in “archaic” Jewish wisdom. Newton’s knowledge of Jewish thought was not superficial; he referred to rabbinic works such as the Aramaic Version of Esther, Vayikra Rabba, the commentaries of Sa'adia HaGaon, Ibn Ezra, Rashi, Sifra, R. Aharon ibn Hayyim; Seder Ma'amadot (about the daily sacrifices) the Bartinurah and Talmudic passages from the Babylonian and Jerusalem Talmud in Latin. One of Newton’s manuscripts was entitled “On Maimonides,” where he quoted the Latin translation of Maimonides’ Mishneh Torah. 1 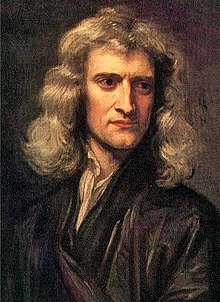 But the content in Newton’s notes should not really have come as such a big surprise, given the collection of works in his library. Newton kept five works of Maimonides essays in his library.2 He also owned a Latin commentary on Maimonides that references the Moreh Nevuchim, The Guide to the Perplexed, Maimonides’ reconciliation of Torah with science and philosophy. This particular work seems to have had a significant impact on Newton’s philosophy. The harmony between scripture and science was a theme threaded throughout many of Newton’s works, and a means through which he carried out his theological and scientific pursuits.3

Maynard Keynes, the scholar who studied Newton’s manuscripts, summarized his findings in honor of the 300th anniversary of Newton’s death. Keynes explained that Newton’s beliefs were influenced by Maimonides' philosophy. Keyne’s described Newton as "a Judaic monotheist of the school of Maimonides”. In fact, in his work The Principia, Newton rejected the concept of the deity for a belief that closely mirrored the Jewish monotheistic concept of God. (Newton even quotes an element in Maimonides' teachings: that one can only learn about God indirectly, through His actions and His dominion.)4 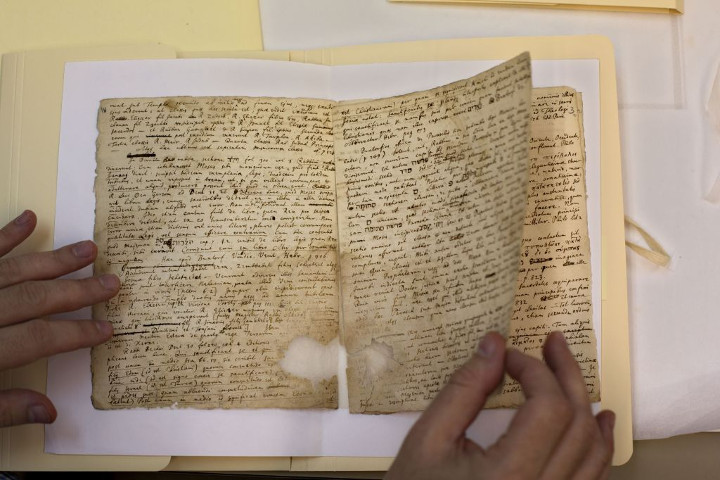 Newton’s leanings were not limited to the intellectual sphere, and he appears to have kept the seven commandments of the children of Noah that the Torah has given to non-Jews. To quote, in his own words, in Theological Manuscripts: “Although the precepts of Noah are not as perfect as the religion of the Scripture, they suffice for salvation... Indeed, (as the rabbis taught) Jews had admitted into their gates heathens who accepted Noah's precepts, but had not converted to the Law of Moses.” Newton professed that commandment against eating "the flesh" or "the blood of (live) animals” is because “this religion obliged men to be merciful even to brute beasts.”5

What may have irked scientists more than Newton’s private beliefs and practices was how he applied these beliefs to his theological and scientific studies. Parallels of Newton’s philosophy and Maimonides’ teachings are interwoven in his manuscripts. For example, Newton used Maimonides' "Laws of Sanctification of the New Moon" in his notes on “considerations about rectifying the Julian calendar”.

Newton studied the measurements of Solomon’s Temple and the Third Temple to come to a greater understanding of the earth’s dimensions. He understood that the Temple was a microcosm of the earth and “revealed the works of God”, the world’s greatest architect.6

To that end, Newton quoted excerpts from the Latin translation of Maimonides’ De Cultu Divino, where he explained the measurements of the Temple. 7 Newton also preoccupied himself with studies on the Jewish cubit or the amah (measurements used to build the Temple, the tabernacle, and its vessels) and the measurements of The Great Pyramid of Giza, which he believed to have derived from the Jewish cubit. He wasn’t merely dabbling in mathematics; the accuracy of his analysis of the circumference of the earth and his theory on gravity were dependent on these findings. He recorded his calculations of the Jewish cubit in his work A Dissertation upon the Sacred Cubit of the Jews and Cubits of the several Nations."8

Many scientists who feel less than favorably toward Newton’s beliefs and his method of study consider him a fool who dabbled in mysticism and pseudoscience. In response to the critics, John Maynard Keynes wrote: “There was extreme method in his madness...All his unpublished works... are marked by careful learning, accurate method, and extreme sobriety of statement, they (his controversial works) were nearly all composed during the same 25 years of his mathematical studies.”9

Much of Newton’s private life, as well as some of the drafts of his scientific works, is still hidden from us. It’s perhaps no wonder that he hid his true identity and means of study from the public; he would have likely been ostracized and his scientific discoveries immediately dismissed. Sarah Dry, author of The Newton Papers, notes that gaps in his original draft of The Principia suggests that he deliberately concealed them. Says Dry, “And it’s because Newton didn’t want people to know how he had come to his knowledge. I think that might relate to his religious beliefs.”

Newton’s outstanding discoveries single him out as one of the greatest science influencers of all time. Perhaps we can now add his attempt to reconcile ancient scripture with science as yet another unique, albeit undervalued, accomplishment of Sir Isaac Newton.