Kyle Kashuv and the Limits of Forgiveness 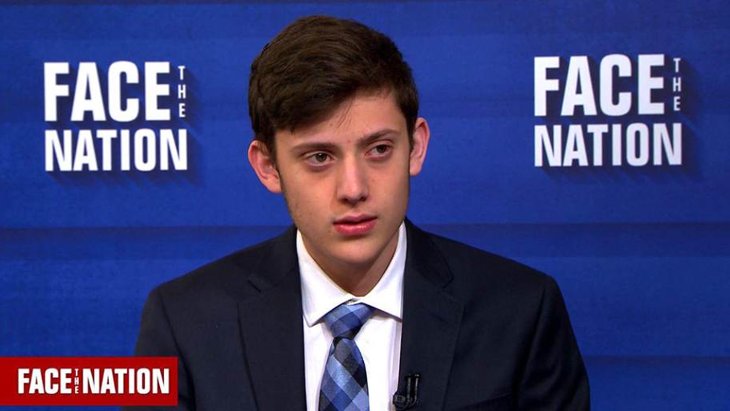 Harvard rescinds the acceptance of young man who survived the Parkland shootings for racist statements he made as a teen and has since regretted.

Late one night while studying with other students through a shared Google document, 16-year-old Kyle Kashuv, the son of Israeli immigrants, started a despicable rant filled with racist and anti-Semitic language. He also sent the vile content through text messages. Several months later, Kashuv was among the survivors after the shootings at Marjory Stoneman Douglas High School in Parkland, Florida.

This past fall, Kashuv, who graduated second in his class, was one of only two seniors from the high school to be admitted to Harvard College.

Recently, screenshots of Kasuv’s odious comments from two years earlier were bandied about online. Harvard College admissions directors took notice. They sent Kashuv a letter informing him his acceptance was being reconsidered.

Kashuv moved into damage-control mode. On Twitter, he wrote, “We were 16-year-olds making idiotic comments, using callous and inflammatory language to be as extreme and shocking as possible. . . the comments I made are not indicative of who I am or who I’ve become in the years since. This past year has forced me to mature and grow in an incredibly drastic way. . . I see the world through different eyes and am embarrassed by the petty, flippant kid represented in those screenshots.”

Pleading his case to Harvard, he wrote that he took full responsibility for what he had written. “I make absolutely no excuse for those comments. I said them, regret them, and by explaining the context and my subsequent experience I am not trying to excuse them. Instead, I am seeking to demonstrate the hurtful things I said do not represent the man I am today.”

Despite Kashuv’s statements of remorse, Harvard rescinded his acceptance. Kashuv asked to meet with admissions representatives in person to discuss the matter. Harvard refused.

The rejected applicant took to the court of public opinion on Twitter, arguing in part, “Throughout its history, Harvard’s own faculty has included slave owners, segregationists and anti-Semites. If Harvard is suggesting that growth isn’t possible and that our past defines our future, then Harvard is an inherently racist institution. But I don’t believe that.”

In his New York Times column from June 17, David Brooks suggested that Harvard’s decision may have been politically motivated. After the shooting, many Parkland high school students became activists for tighter gun control laws, and generally allied themselves with politically liberal views. In contrast, Kashuv lobbied for more gun rights, appeared on conservative media outlets, and lobbied for the STOP School Violence Act, which would create an annual $50 million grant to schools for training programs and reporting systems. It seems likely that some of Kashuv’s former classmates were out to get him, floated the old screenshots on social media, and actively campaigned to get him booted from one of the nation’s most elite colleges. It worked.

Harvard’s decision is being roundly criticized in many quarters, and for good reason. When an adult is discovered to have made odious, racist comments (think Mel Gibson), withholding forgiveness, at least until the individual demonstrates true remorse and establishes a positive track record, is understandable.

But to refuse to forgive an 18-year-old with an otherwise “clean” record of interactions with minorities is heartless and unfair. Some say that 16 was old enough to be held accountable for his outburst, and that Kashuv is reaping his just deserts. But how many of us could withstand the scrutiny of our teenaged private conversations or correspondence, held up to the light today?

I believe that our society’s acceptance of cursing in everyday language is linked to this situation. Harsh and offensive four-letter words pollute public spaces as well as private, and many people think this kind of talk is “no big deal.” Having defined coarseness down many levels, it shouldn’t be surprising that people – especially immature teenagers – might also find that racial and anti-Semitic slurs are also no big deal. As my son-in-law, Yonah, likes to say, “What you promote, you permit.”

In Judaism, we are not judged by our pasts, but by our present.

Most colleges look for applicants who have demonstrated emotional maturity appropriate for their ages. Many colleges ask applicants to write essays about a time when the applicant had a failure, and what they learned from those failures. Kashuv’s statements, and his activism on behalf of greater school safety, should have shown Harvard that he is capable of the kind of self-reflection and change that most colleges claim to value.

In Judaism, we are not judged by our pasts, but by our present. When Avraham sends Hagar and Ishmael away at Sarah’s insistence, Ishmael’s life is spared when he is close to death in the desert, despite his future as a perpetrator of violence. God judged him for who he was at that time. He still could choose teshuva (repentance) if he wanted to. And of all the 12 tribes, Jews are named not for the firstborn, but for Yehuda, because he was the first in the Torah to publicly accept responsibility for a misdeed. He owned up to having had a relationship with his daughter-in-law Tamar, and immediately withdrew his accusation against her for improper actions. Yehuda’s name comes from the root word “to thank” or “to admit.” The concepts are closely connected.

Change and growth are among the most inspiring and fundamental concepts in Judaism. They suffuse our daily lives. At night before the bedtime Shema, we offer to forgive anyone who might have wronged us that day. On Rosh Hashanah we greet one another with Shana Tova, a good year, but shana means ‘change’ as well as ‘year’. A new year means more growth and change.

Harvard’s cold refusal to accept his remorse gives the terrible message that people cannot change. Harvard may have rescinded Kyle Kashuv’s admission, but his maturity and willingness to take responsibility for his actions have earned my admiration and respect.

Let us know what you think in the comment section below.

Returning $1,000 Floating in the Air
It Takes A Lot Of Faith To Be An Atheist
How Instagram Brought Back This Nostalgic Soup
What Makes Eli Run?
Comments
MOST POPULAR IN Current Issues
Our privacy policy