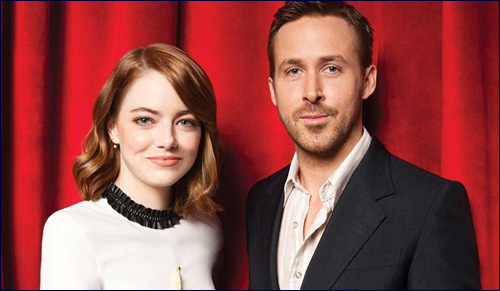 The award-winning film upends the typical Hollywood romance with its controversial ending.

The film, starring Emma Stone and Ryan Gosling, is proof that the movie musical remains a beloved genre in American culture. La La Land is a love song to the movie musical, the idealized beauty and charm of Los Angeles, and to an earlier era in Hollywood. It's also both modern and traditional at the same time.

Writer-director Damien Chazelle is clearly besotted with the concept of Hollywood as a physical place and a state of mind. It’s a place where creative passions can blossom, if one can survive the scraping and striving and even humiliations that are part and parcel of such a cut-throat industry.

The movie explores the tension between the search for love and the drive for professional ambition.

But aside from the songs and dances, the movie explores a serious topic: the tension between the search for love and the drive for professional ambition.

The story centers on Mia, an aspiring actress, and Sebastian, an aspiring jazz musician. Sebastian’s purist jazz tendencies make him completely intolerant of any modernizing trends within his beloved musical genre. To underscore this point, Sebastian drives an ancient gas-guzzling car that still has a tape deck. Mia, more practical and modern, drives a Prius.

When they meet, both Mia and Sebastian are struggling to break through professionally. Luminous-eyed Mia shares an apartment with several other would-be actresses, and works in a coffee bar on a movie lot, tearing off her apron the minute she gets a call for an audition. When we watch her pass through a waiting room of dozens of other young, attractive young women, all dressed in nearly identical clothing for their auditions, we share Mia’s sinking feeling that the odds of her “getting to yes,” even for paltry roles, are hugely stacked against her.

Sebastian is a handsome yet somewhat arrogant and unrealistic musician, refusing to play the designated playlist in the restaurant where he plays piano. Instead, he pours his heart out on the keys with jazz classics. This sense of musical “purity” gets him fired repeatedly.

La La Land is alternately funny and sad. As Mia and Sebastian’s romance develops, we rejoice to see their loneliness eased and that each has found a champion and supporter for one another’s ambitions. But success comes with a price. When their individual careers begin to take off, neither can see a way to maintain the romance when the other is on the road or on location. Neither can foresee “going the distance” – literally or metaphorically -- for the relationship.

In this way, La La Land upends the traditional and predictable “happily-ever-after” finales of movie musicals from previous generations. Here, love does not conquer all, but ambition does.

After Mia, somewhat implausibly, is offered a chance to go to Paris where a movie will be made about her, the film jumps five years ahead. Mia has become the movie star she dreamed of becoming when she was still pouring mocha lattes on the studio lot. She is also happily married – not to Sebastian – and the mother of a young child. Sebastian finally has his own jazz club. When Mia and her husband wander into the club, the former lovers’ eyes lock for a moment. This launches a spellbinding dream sequence where we see how both Mia and Sebastian fantasize about the life they might have had together, if only they had chosen to stay together.

Some movie critics and social commentators have painted both characters as a bit selfish for having chosen career over relationship. Had they each made the right decision, after all? The dream sequences suggest that for the most part, each got what they wanted, though Sebastian, seemingly, is still alone.

Judaism emphasizes the importance of marriage and family, but it also recognizes that love is not all there is. While Mia and Sebastian thirst for love, they recognize that their individual drives for the higher pleasures of meaning, purpose and creativity are a greater priority, and both are prepared to sacrifice their love to actualize what they each believed was their unique mission.

I couldn‘t help but wonder if there was some way Mia and Sebastian could have worked things out – and fulfilled their professional dreams without sacrificing the relationship. Why couldn’t they maintain a long distance relationship? Why couldn’t Sebastian open his jazz club in Paris? Why couldn’t Mia return to LA after filming in Paris? Perhaps that’s the whole point Damien Chazelle is making: Life does require sacrifices and choosing priorities, and sometimes grabbing the rare opportunities for success trumps love. Nobody can have it all. And if Mia’s and Sebastian’s life trajectories were going to diverge, it is far better they recognized this before tying the knot and preventing the more painful eventuality of divorce.

La La Land deserves its critical acclaim and audience fans. In addition to its breathtaking cinematography and inventiveness, the movie’s “clean” storyline and language is refreshing – itself adding another level of pleasure to the film. The movie offers a mostly optimistic yet clear-eyed film about the power of dreams and the necessary compromises people need to make along the way.

Judy Gruen’s forthcoming book, The Skeptic and the Rabbi, will be released in September. Read more of her work on judygruen.com.

Won’t You Be My Neighbor? Mr. Rogers, 50 Years Later

Finding Israel’s Soul at the Movies

Miral: Is This the Face of Terror?
Lokshen Noodle Kugel Recipe
G-d Time
Shavuot is The Holiday of Cheesecake and Blintzes
Comments