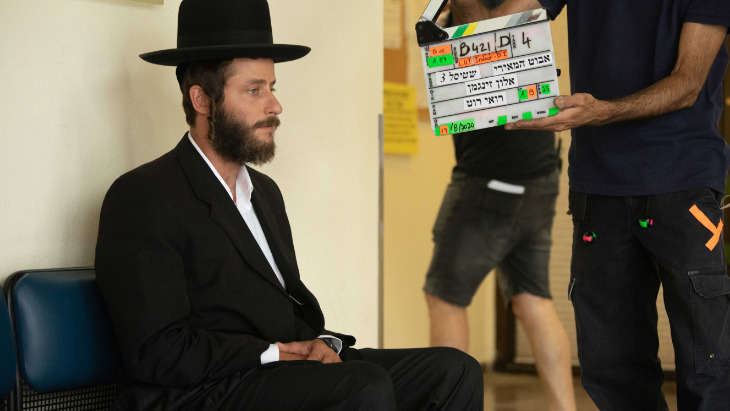 The most famous Orthodox family on TV deals with intense new dramas, welcomes new family members, and grieves over losses.

Shtisel is back. The spectacularly successful Israeli TV series about the lives, loves, and losses within an Orthodox family in Jerusalem has returned on Netflix in a Covid-delayed, feverishly awaited Season 3. Let the binge-watching begin.

Four years have passed since we last met the family. (The show only aired in the U.S. two years after it had aired in Israel.) Reb Shulem Shtisel remains a widower, now walking with a cane and facing a severe threat to his professional life and reputation. Gitty and Lippe are busy running their restaurant and catering business, but are at loggerheads over whether their son Yosele is ready for the world of dating and early marriage. Their daughter Ruchami and son-in-law Hanina, who married as teenagers, now show signs of stress in their marriage, for reasons that become clearer in the first episodes. Kive remains the dreamy artist with a skyrocketing reputation, but a man who still can make irresponsible choices. He is now struggling to recover from a personal tragedy.

Storylines are far more intense in this season, and producer-writers Ori Elon and Yehonatan Indursky have introduced many more contemporary and controversial issues, including depression, alcoholism, infertility and surrogacy, and women’s growing prominence in the professional world. Technology intrudes much more significantly as well. Smartphones have infiltrated the cheder where Reb Shtisel is the headmaster. Tovi, Reb Shulem’s daughter-in-law and wife of Zvi Aryeh, is a teacher in a school where all the students have tablets in class, and she is no longer allowed to make copies in the office. 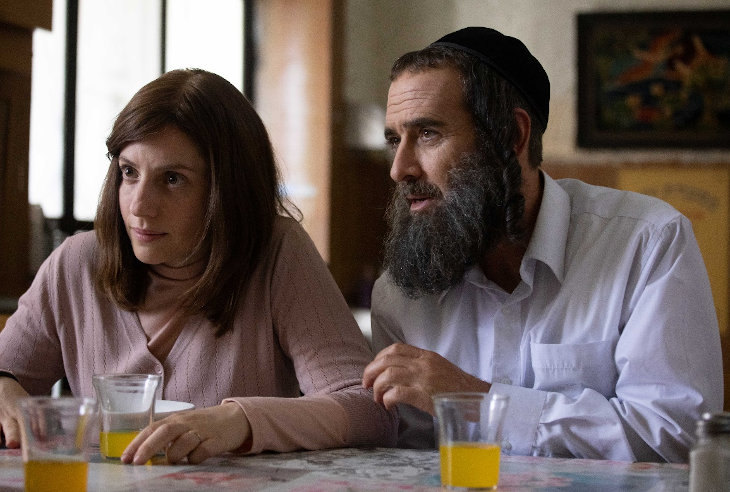 As a result of these creeping societal changes, relationships also change. Marital discord bursts out fiercely in several scenes, showing the fragility of certain marriages. Women take more dominant roles as decision-makers and as agents of their own lives. Children are bolder in confronting or criticizing their parents.

Mimi Cohen Markofsky, a founder and one of the administrators of the Facebook group “Shtisel – Let’s Talk About It,” believes the writers were trying to engage a broader audience by bringing in these issues. Cohen Markofsky, whose family has Hasidic roots but is personally Modern Orthodox, said these themes surprised her, “but you see more and more discussion of these issues in the observant community,” she says.

Characters also have more interaction with the secular world. In one scene, Reb Shtisel consults a cardiologist who advises him that getting a girlfriend will be good for his health. When Shtisel asks the doctor if he has a girlfriend, the doctor says, “No, I have a boyfriend.” Shtisel appears to try to hide his shock but makes no unkind statement or facial expression.

And in an ironic sub-plot, Lippe offers to sell his services providing “busloads” of “real” Hareidim for a television production that requires actors for such roles. When he realizes he can’t get more than a handful of Haredim to participate in what most consider a morally repugnant enterprise, he hires bearded secularists off the streets for the job, then is forced to ask one of them, “Can you take that thumbtack out of your ear?”

Based on conversations Cohen Markofsky has had with the show’s writers and producers, there is no talk of a fourth season. The actors and writers have moved on to other projects, and even these new shows were created as a response to the unexpected and extraordinary popularity of the first two seasons. Covid delayed as well as limited their ability to produce the season, which has only nine episodes, instead of the twelve in earlier seasons. 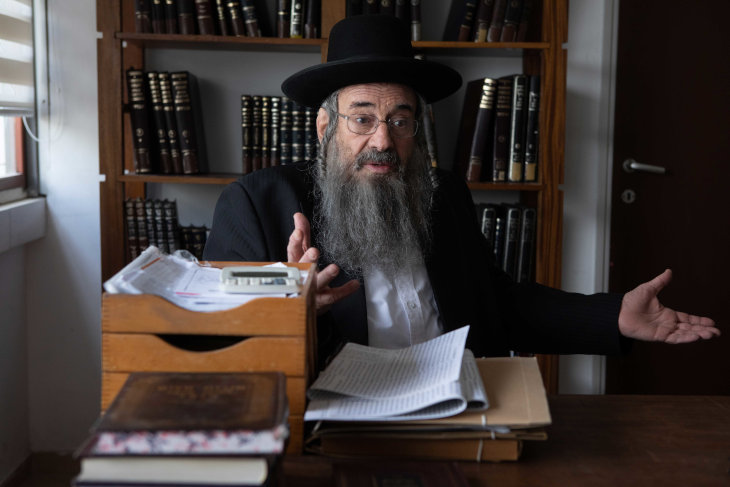 The popularity continues unabated. When Aish.com first wrote about the show in March 2019, the “Shtisel – Let’s Talk About It” group had more than 6,500 members. As of March 2021, the group had more than 28,300 members, mostly women, a majority from the U.S., Canada, and Israel, yet also with members from Spain, Brazil, Portugal, and Peru. Among the most robust discussions are those expressing disappointment about dramatic holes in some of the new storylines, and a lack of context for some new developments.

Longing has always been at the heart of Shtisel’s story.

With the inclusion of so many new societal issues, “they sacrificed some of the interpersonal relationships,” Cohen Markofsky observes. “Some of that kinship and warmth we felt between and among the characters isn’t as strong now.”

For all this, Shtisel is still an overwhelmingly satisfying drama for most viewers. Shulem Shtisel remains alternately insensitive and self-absorbed yet deep down has a deeply feeling heart and craves close connections with his children. He is often hilarious. Watching him disentangle himself from seemingly unsolvable problems is to appreciate the subtle psychology he employs, perhaps a gift from a lifetime of Talmud study. When trying to get a woman to forgive him for a gaffe or worse, he still shows up at her door with cheesecake.

Each cast member so fully inhabits their characters that it’s hard to believe that none of them are actually Orthodox. When one member of the Facebook fan group reported having seen Michael Aloni play a role that was the opposite of Kive’s character, she was disappointed, writing, “I wanted to see him in payos again.” 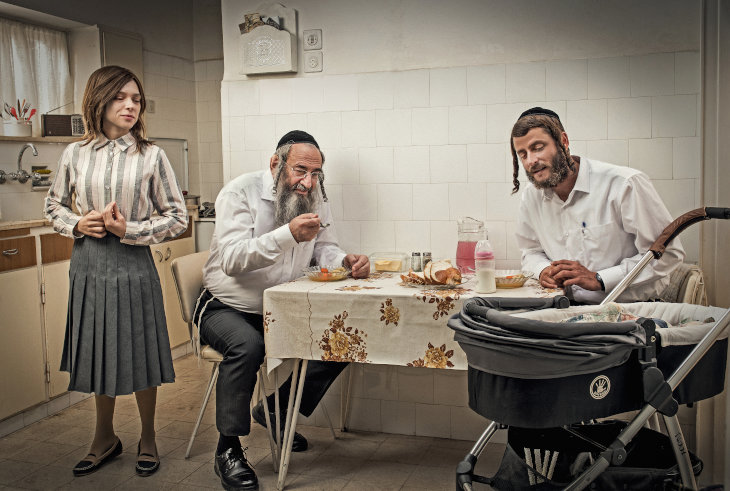 This same individual wrote how the show has elicited fond feelings for the Judaism of her past. She wrote that was “raised in a kosher, Conservative family, but am completely non-observant. I am, of course, Jewish in my soul, if you know what I mean. I’m remembering so many things – language, food, personalities I’d forgotten about. This program also gives me a perspective on the ultra-Orthodox community (although I am learning that this is not a monolithic entity).”

This sentiment would probably please writer Ori Elon, who told the Los Angeles Times, “Longing has always been at the heart of Shtisel’s story, right from the first episode. The longing for the dead and, no less, the longing for the living. The unbridgeable distance that always exists between any two people, between family members, between loved ones. The distance between man and God, and the unbridgeable distance within man himself – between the mind and the heart. In the third season, the feeling of loss and longing is even more acute.”

The Matrix Resurrected: A Philosophical Examination
The Softball Player
How This 6 Generation Bread Baker Brought Back Israel’s Ancient Grains
Olivia Newton John’s Grandfather was a Nobel-Prize Winning Jewish Physicist
Comments
MOST POPULAR IN Jewlarious
Our privacy policy
Aish.com Is Looking for Great Writers