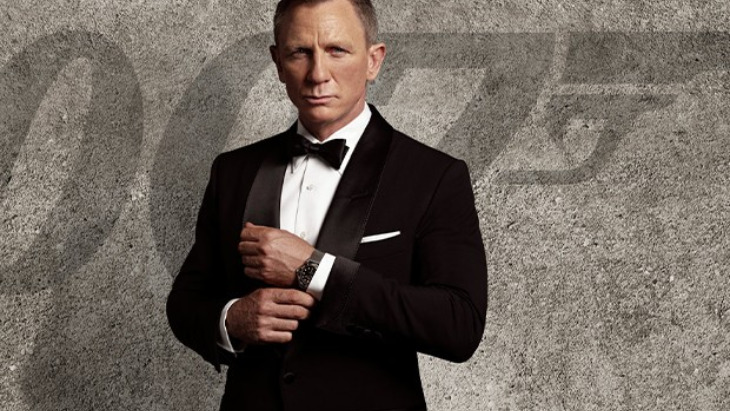 Ian Fleming's antisemitism and other ways Jews loomed large in the world of 007.

1. Bond’s creator was a known racist and antisemite.

Ian Fleming wrote the 12 spy novels featuring James Bond, the British secret agent which formed the basis for the successful film franchise. Fleming was a fascinating and complex character. Born in 1908 into an upper-class British family (his father was a Member of Parliament), Fleming was educated in England, German and Switzerland. Before the Second World War, Fleming worked in Moscow as a journalist, then in Britain as a banker. During World War II, Fleming served as a high-ranking intelligence officer in Britain’s Royal Navy.

One of Flemings’s greatest contribution to the Allied victory was his role in planning Operation Goldeneye, a top-secret spy operation aimed at ensuring that Nazi Germany did not invade Spain and Portugal and could not develop capabilities to spy on Britain’s territory in Gibraltar. After retiring from the Royal Navy, Fleming worked for the London Sunday Times, then moved for much of the year to an estate in Jamaica – named Goldeneye – where he wrote many of the Bond novels. He died in 1964. 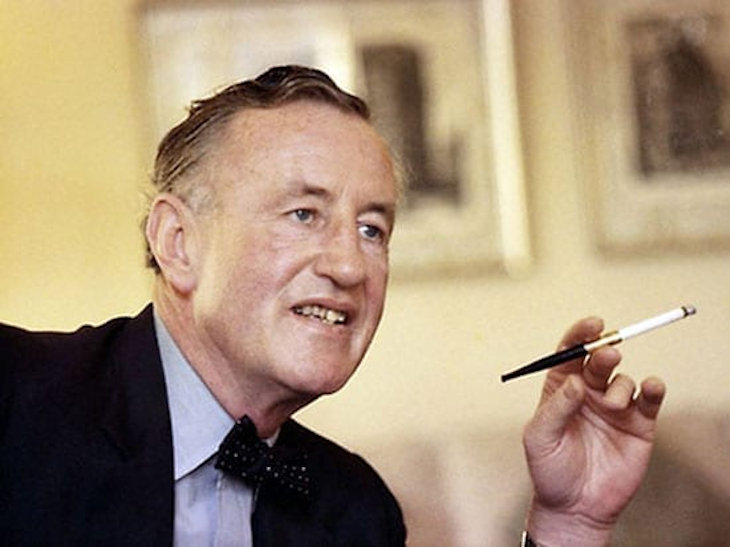 To modern eyes, the original James Bond novels are relics of a crueler and less politically correct past, replete with shockingly offensive descriptions of women, Black people and other ethnic groups. Fleming’s biographer Matthew Parker observes that “Fleming – and Bond – looked down on pretty much everyone who was not British and perceived people of all colours in terms of negative stereotypes of race and nationality” (quoted in Goldeneye – Where Bond Was Born: Ian Fleming’s Jamaica by Matthew Parker: 2015).

Mordechai Richler, the Canadian Jewish writer, believed that Bond’s nemeses evoked anti-Jewish conspiracy theories that Jews are somehow driven by a superhuman lust for power or greed. Thus, Bond villain Auric Goldfinger says that “The day when we shall have made ourselves the sole possessors of all the gold in the world, the real power will be in our hands.” Sir Hugo Drax, the villain in Fleming’s book Moonraker, says “The surest means of attaining (power) is to have supreme control over all industrial, financial, and commercial operations.” Both these statements – and many others scattered throughout the James Bond novels – seem like the untrue slurs that have for countless generations been baselessly hurled against Jews.

“My boys are crazy about the James Bond movies,” Richler noted. “They identify with 007, as yet unaware that they (as Jews) have been cast as the villains of the dramas.”

The chilling villain of Fleming’s 1958 novel Goldfinger is Auric Goldfinger. Auric is Latin for Gold and, as his name implies, the character of Goldfinger is obsessed with gold – along with the power that unlimited wealth could bring. Much of the novel describes James Bond thwarting Goldfinger’s plan to steal the gold reserves from Fort Knox in the United States.

Fleming named this odious character – whose obsession with gold and wealth and power echoes anti-Jewish conspiracy tropes – on his real-life Jewish neighbor in the leafy neighborhood of Hampstead in North London. This real-life Goldfinger was Erno Goldfinger, a noted Hungarian Jewish architect who moved to London in 1934. Ian Fleming seemingly loathed Erno Goldfinger, who threatened to sue Fleming after the book Goldfinger came out.

3. Jewish producers – including a war hero – helped bring James Bond to the screen.

After reading the book Goldfinger, the Canadian-born Jewish film and theater producer Harry Saltzman optioned the rights to make films of the James Bond books. He turned to his friend Wolf Mankowitz, a British Jew who grew up in the old Yiddish-speaking East End of London, for writing help. Mankowitz wrote much of the screenplay for the very first James Bond film, Dr. No. 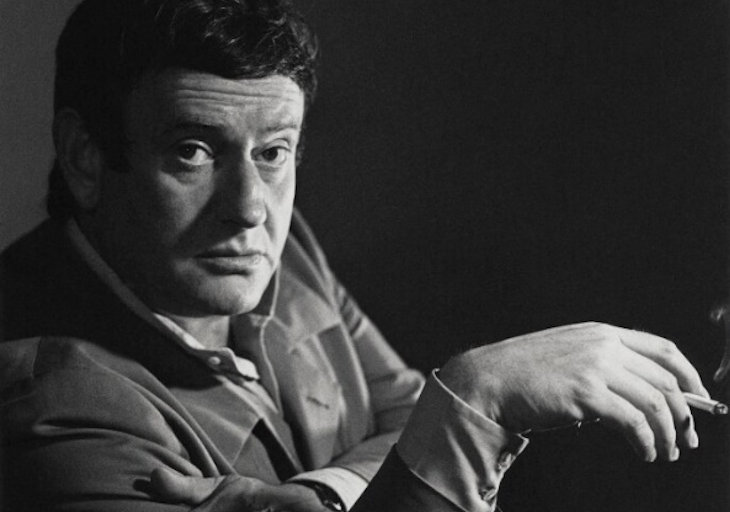 He was aided by the American Jewish playwright Richard Maibaum. Maibaum was already well known for his Broadway plays, including the early anti-Nazi play Birthright, produced in 1933. Maibaum helped in writing Dr. No, and then continued to help write nearly a dozen other Bond films.

Journalist Seth Rogovoy explains that “More than anyone, perhaps even Fleming, Maibaum can be said to have created and sustained the mythical icon of Bond.” Jewish actor Joseph Wiseman played the ghoulish Dr. No, setting the stage for James Bond villains to be cartoonishly cruel and larger than life.

Perhaps nobody was as instrumental in creating the mystique of James Bond in the movies than a real-life war hero, Sir Ken Adams (born Klaus Hugo Adam in 1921). Adams was fascinated with art and design from a young age. His Jewish family fled Germany in 1934 after Hitler rose to power. When World War II broke out, 18-year-old Ken Adams was still a German citizen and thus not eligible to join the British army – yet he was determined to fight. 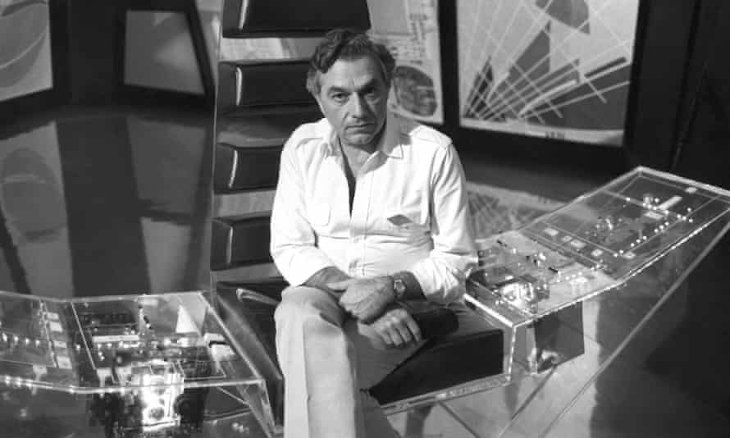 Ken Adam in the pyramid control centee he designed for the 007 film Moonraker (1979).

Adams joined the Pioneer Corps, the only branch of Britain’s service in which German-born men could enlist. He asked to fight for the Royal Air Force and became a RAF fighter pilot – only one of two German citizens to be allowed to. He was under particular danger: if he’d been shot down and was discovered to by the Nazis to be a Jew from Germany, Adams would have faced certain torture or death.

After the war, Adams became an art director in cinema. He joined the James Bond project in 1962 with Dr. No. It was Adams who invented James Bond’s bulletproof Aston Martin car with its array of gadgets, including “Browning heavy machine guns, rams, tyre shredders, revolving number plates, smokescreen and oil slick projectors, a homing tractor, and an ejector seat,” accroding to Adams' obituary in The Guardian.

God's Inception
Olivia Newton John’s Grandfather was a Nobel-Prize Winning Jewish Physicist
Don’t Believe in Other Gods Versus God is One
Seeing Without Eyes
Comments
MOST POPULAR IN Jewlarious
Our privacy policy
Aish.com Is Looking for Great Writers