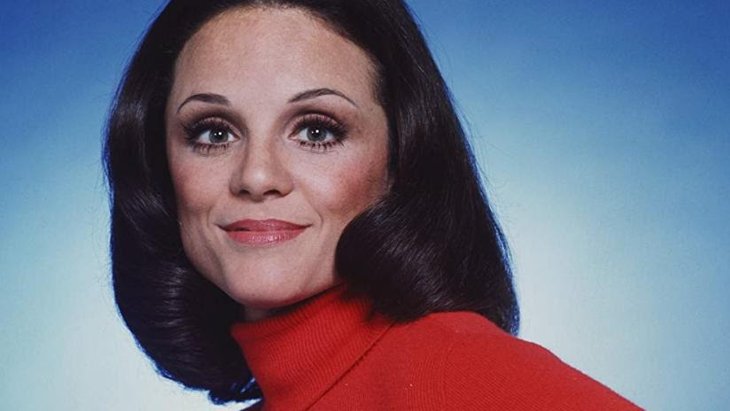 Valerie Harper passed away at the age of 80. Ironically she was one of the major American Jewish icons of the 20th century, even though the talented actress wasn’t actually Jewish. (She was Roman Catholic.)

Harper was born in Suffern, New York, in 1939 and worked first as a ballet dancer then a comedian and actress. In 1970, she joined a new television program, The Mary Tyler Moore Show, playing a Jewish thirty-something woman named Rhoda Morgenstern.

Rhoda lived upstairs from Mary Tyler Moore, who played a news producer and pioneering symbol of women working in a traditionally male field. Rhoda was everything Mary was not. “Rhoda felt inferior to Mary,” Valerie Harper later explained. “Rhoda wished she was Mary, Rhoda looked up to her.” The two characters were a study in contrasts. While Mary was prim and WASPY, Valerie Harper used her Bronx-born Italian-American stepmother as inspiration and played Rhoda as a straight-talking, down-to-earth New Yorker who would deliver home truths with love, warmth and no small dose of toughness.

Rhoda was one of the few openly Jewish characters on television at the time, and her friendship to Mary both on and off the screen was palpable and inspiring.

The show was an instant hit. It ran for seven seasons and launched three spin-off programs, including Rhoda (1974-1978), which also starred Ms. Harper. In 2007 Time Magazine called The Mary Tyler Moore Show one of the “17 Shows that Changed TV”. It did so by challenging norms, including depicting single women and Jews in a positive light.

Among the shows millions of fans tuning in each week was my mother. The show changed her life, making her feel more secure and welcome as a Jew.

In 1970, Mum had been in the United States for a few short years. Born and raised in London, anti-Semitism was a constant feature in her life. Though she left school with the highest grades of anyone in her class, she struggled to find a job. Some potential employers would quiz her about her mother’s and grandmother’s maiden names. As Mum recited the Jewish names she’d sometimes detect a sneer: “I felt like English people regarded me as a second class citizen.”

That feeling was part of her decision to join relatives in the United States where being Jewish felt a little more accepted. Then came The Mary Tyler Moore Show. It was the first time my mother had seen a Jewish character portrayed so positively. Rhoda was witty and fun. She was loved and treated like an equal.

“One episode in particular was so important,” my mother explained. Mary made a glamorous new friend and started spending time with her. The two elegant non-Jewish women played tennis and went shopping. Whenever Mary suggested bringing Rhoda along, her new friend would find some way to evade her. Finally, Mary asks what her new friend has against Rhoda, and the woman is forced to admit: she doesn’t have anything against Jews but she just doesn’t feel comfortable socializing with them. Shocked, Mary tells her new friend they won’t be spending any more time together. Faced with a choice between her glamorous new acquaintance and Rhoda, Mary chooses Rhoda.

Even today, nearly fifty years later, Mum remembers the excitement of watching that particular show. “It made me feel more welcome, more secure, like it was accepted to be Jewish.”

In her appealing portrayal of Rhoda, Valerie Harper created a Jewish every-woman, a fun and engaging woman who they would want to get to know. Instead of being something to feel ashamed of or hide, Rhoda’s Jewishness was front and center in her life.

“Rhoda, like most of us, was a victorious loser,” Ms. Harper later recalled. A generation of viewers harbors a more positive view of Jews because of Valerie Harper’s warm, appealing portrayal of this lovable character. For my mother, Ms. Harper’s legacy is something more personal: “It was the first time I saw someone like myself on television. It was a wonderful feeling.”

Sidney Poitier and the Jewish Waiter who Taught Him How to Read
Where Are We? The Body, Brain, Soul Problem
Dr. Sheila Nazarian’s Escape from Iran
The Miami Boys Choir is Taking over TikTok
Comments
MOST POPULAR IN Jewlarious
Our privacy policy
Aish.com Is Looking for Great Writers