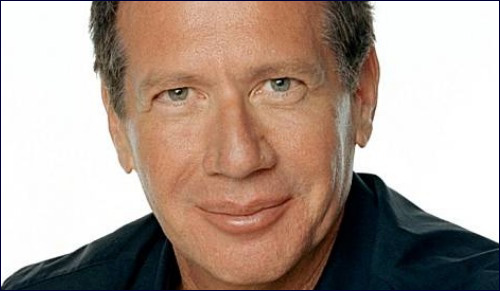 Jewish comedian Gary Shandling leaves behind a legacy of laughter.

The name Emmanuel is a Hebrew name meaning: “God with us”. It is also found in reference to the Messiah. It appears in chapters 7 and 8 of the Book of Isaiah as part of a prophecy of God's protection from rival kings. Emmanuel also happened to be the middle name of Garry Shandling, who died unexpectedly of a heart attack this past March 24th at the age of 66.

“Was the Buddha married? His wife would say, "Are you just going to sit around like that all day?"

Shandling was a Jewish comedian, actor, writer, producer and director. The influential comedian was known for his neurotic observational humor, particularly about romantic relationships, and his no-holds-barred skewering of showbiz in his inventive TV shows, It's Garry Shandling's Show and The Larry Sanders Show. 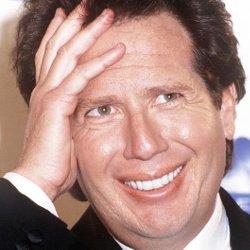 So, other than the fact that he was Jewish and a comedian, what exactly made Shandling a Jewish comedian? For one thing, Jews have historically viewed life from their perspective of being outsiders, observing what they found strange, unusual and wonderful about everyday life. Shandling could even be an outsider with his own friends: “My friends tell me I have an intimacy problem. But they don't really know me.”

Of their own challenging lives, Jews specialized in turning dissatisfaction into comedy, as did Shandling, especially with his dating life: “I'm dating a woman now who, evidently, is unaware of it.” Of course, self-deprecating humor looms large among Jews, and in that arena, Shandling excelled. He is at once the schlemiel—the self-critical loser, the awkward innocent—and a sharp observer of cultural attitudes.

Even when Shandling referred to other religions, you got the sense that it was filtered through his experience with his own Jewish upbringing: “Was the Buddha married? His wife would say, "Are you just going to sit around like that all day?" The Jewish preoccupation with one’s mother was definitely on Shandling’s mind: “I'm very loyal in relationships. Even when I go out with my mom I don't look at other moms.”

Finally, the Jewish comedian’s sensitivity was absolutely in evidence: “Yes, I'm a nice man and I enjoy babies. I'm a sensitive guy. I held a baby the other day and it was the first time either of us cried.”

Born in Chicago, Shandling was raised in Tucson, Arizona. Shandling enrolled at the University of Arizona to study electrical engineering, eventually switching his major to marketing. He had developed an interest in comedy writing, and while still a college student he tracked down stand-up comedian George Carlin at a Phoenix nightclub. Carlin looked over some of Shandling's material, and encouraged him to continue honing his craft.

After moving to Los Angeles, he sold a script for “Sanford and Son” and also wrote for “Welcome Back, Kotter.” But his heart was in stand-up comedy. After a serious auto accident, Shandling left the sit-com staff-writing world to hone his act in comedy clubs and made his groundbreaking debut appearance on “The Tonight Show Starring Johnny Carson” in 1981. He went on to guest-host the show and was in consideration to become Carson’s replacement. 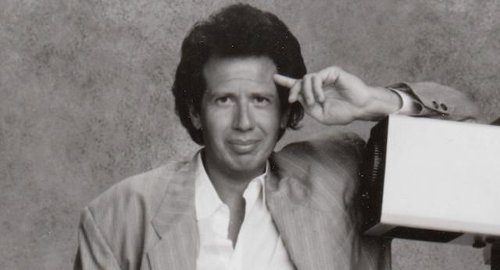 In 1986, he created the It's Garry Shandling's Show for the pay cable channel Showtime. A surreal look at the daily life of a young single man who is a comedian, It’s Garry Shandling’s Show was not a typical sitcom: Shandling would break the fourth wall to include the studio audience and the viewers at home in on the actual making of the show. Experimenting with the sitcom form meant inviting the audience onto the set, playing with the passage of time and generally exploding the genre and making art of the debris. It was nominated for four Emmy Awards (including one for Shandling) and lasted until 1990.

Shandling’s second show, The Larry Sanders Show, which began airing on HBO in 1992, was even more successful. The series raised the bar with its brutally smart comedy and innovative use of both video and film to distinguish on-air events from the real world backstage. Shandling starred as Larry Sanders, a neurotic late-night talk show host flanked by his foul-mouthed producer Artie (Rip Torn), and his bumbling sidekick Hank (Jeffrey Tambor), who are all train wrecks and ego off-air, but late-night's finest when the lights are on. With an amazing supporting cast and packed with celebrity guest stars, the series was written and produced by Shandling, Peter Tolan (Rescue Me) and Judd Apatow (Knocked Up). Shandling was nominated for 18 Emmy Awards for the show and won the Primetime Emmy Award for Outstanding Writing for a Comedy Series in 1998, along with Peter Tolan, for writing the series finale.

“The Larry Sanders Show” had a lasting impact on TV comedy, influencing such series as “Curb Your Enthusiasm.” It cracked several “best of” lists, including Time’s 100 Best TV Shows of All Time.

Although Shandling hadn’t amassed many recent credits, he worked behind the scenes with numerous writers and comedians including Apatow and Sacha Baron Cohen, helping them hone their material. NBC offered him $5 million to take over “Late Night” when David Letterman moved to CBS in 1993, but he declined. He was also offered “The Late Late Show” but declined in order to do the “Larry Sanders Show.”

Shandling was never married, revealing little about his personal life. He played a lot of basketball and boxed four times per week. An avid boxing fan, he owned the Wildcard West Boxing Gym in Santa Monica, California, along with director Peter Berg. The comedian gradually drifted out of the public eye as he immersed himself in his devotion to Zen Buddhism.

Prior to his death, Shandling reflected on lost friends such as Robin Williams by commenting, "What I want at my funeral is an actual boxing referee to do a count, and at 'Five', just wave it off and say, 'He's not getting up.'", prompting Matt Roush of TV Guide to remark following Shandling's death, "Seriously, who wouldn't want to go a few more rounds with the great Garry Shandling?”