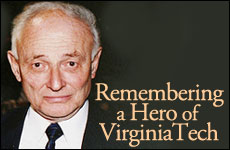 Liviu Librescu survived horror to shine his light in a dark world. His candle burns still.

In memory of Liviu Librescu, the Virginia Tech professor who was gunned down protecting his students on the 28th of Nisan, April 16th, 2007.

Only God knows if Liviu Librescu felt fear when just a door stood between him and a mass murderer who killed 32 students and teachers at Virginia Tech on April 16th, 2007. It was not the first time he had encountered the worst of humanity. Born in Ploiesti, Romania to Jewish parents on August 18th, 1930, his father Isidore was interned in a labor camp at Transnistria after Romania allied with the Nazis during World War II.

Transnistria was created to facilitate the extermination of Jews. Survivors say that in comparison with the Holocaust of Nazi Germany, where deportations were carefully organized, the Romanian government did not prepare to house thousands of people in Transnistria. They were holed up in crude barracks without running water, electricity or latrines. Those who could not walk were left to die.

The "colonies", as the Romanians called these concentration camps, were collection depots for the Jews of Bessarabia and Bukovina. Food was so scarce that prisoners fought like dogs over scraps of meat and bone from the slaughterhouse floor. They died of exposure, starvation and disease, or were shot or burned alive. Only a third of the deportees in Transnistria survived. When they returned to Romania in 1945, they were not allowed to own property and were forced to survive by their wits, selling what they could find.

It is not surprising, then, that Librescu didn't like to speak of the time he spent in a ghetto in Focsani, according to his son Joe. Despite his incredibly harsh childhood, Librescu was a bright, curious child. Such was his intelligence that he might have become detached and conceited; but his cousin Dorothea Weisbuch remarked on his modesty. "He was an extraordinarily gifted person, and very altruistic," she said.

He was admitted to the Polytechnic Institute of Bucharest, where he studied aerospace engineering. In 1969, he was awarded a doctorate in fluid mechanics from the Academia de Stiinte din Romania. From 1953 to 1975, he worked as a researcher at the Bucharest Institute of Applied Mechanics, and later at the Institute of Fluid Mechanics and Aerospace Constructions of the Academy of Science of Romania.

As a refusenik, the good professor would not be silenced.

Since he refused to join Romania's Communist Party, he was denied teaching posts. When he requested permission to emigrate to Israel, he was fired from his research job. He joined the legions of what became known as refuseniks, Soviet Jews who were denied exit visas, especially in the period following the 1967 Six-Day War. The good professor would not be silenced. In his quiet way, he made his voice heard. In 1975, at great personal risk, he smuggled a research manuscript for his second book to the Netherlands, where it was published. It was on the study of structures, and drew international attention.

Romanian Communist dictator Nicolae Ceausescu relented in 1978, when Israeli Prime Minister Menachem Begin intervened on Librescu's behalf, and he was allowed to make aliyah. For the next seven years, Librescu worked as a professor of aeronautical and mechanical engineering at Tel-Aviv University, and taught at the Technion in Haifa. In 1985, he left on a sabbatical to work at Virginia Polytechnic Institute and State University in Blacksburg. He remained there, regarding himself as a humble academic ambassador for Israel to the United States.

He published prolifically and served on the editorial board of seven scientific journals and as guest editor of special issues of five other journals. Most recently, he was co-chair of the International Organizing Committee of the Seventh International Congress on Thermal Stress to be held in Taiwan in June 2007. He received a litany of awards throughout his distinguished career. As a professor, Librescu was well loved, and he loved his job. He was always interested in his students progress and seeing them succeed.

While Liviu and Marilena Librescu lived as secular Jews in rural Virginia, they loved the ritual of lighting Shabbat candles each Friday night. Marilena recalled how her husband would remind her to do this as the sun was going down. On the Friday before the deadly shooting at Virginia Tech, Marilena noticed that one of the candles had gone out after burning only half way. It troubled her so much that she mentioned it to Liviu, who soothed her worries with an affectionate scolding about being superstitious.

Marilena drove her husband to work the morning of April 16th. He had an early class. At about 9:30 am, some 20 students in Librescu's class heard what sounded like doors slamming, followed by screams coming from another classroom. One student ran out of the class to investigate, but quickly returned. While others rushed to the back of the room, their professor put his back to the door. He began coaching them to jump from the windows. Some students called on him to join them, but he refused to budge and demanded they leave immediately.

He died on Holocaust Remembrance Day in the place on Earth he loved the most: his classroom.

"And ye shall not profane My holy name; but I will be hallowed among the children of Israel: I am the Lord who hallow you" (Leviticus 22:32). As the bullets from murderer Cho Seung-Hui's gun penetrated the door and through Librescu's body, the cry of his sanctified soul was heard from one end of this world to the next. He died on Holocaust Remembrance Day in the place on Earth he loved the most: his classroom.

Upon receiving the news that a Jewish professor had been killed, Rabbi Shlomo Mayer, a fellow Romanian and Chabad emissary at the University of Virginia in Charlottesville, and Rabbi Yossel Kranz of Chabad of Virginia in Richmond, immediately drove the three hours to Blacksburg to the state medical examiner's office. They helped ensure that Librescu's body was treated in accordance with Jewish tradition. Given the circumstances, immediate release of the body was difficult. By the end of the day, the rabbis had succeeded in having the body transferred to New York for a funeral, then to Israel for burial before Shabbat.

The Holocaust exposed the worst and the best of humankind. Liviu Librescu survived horror to shine his light in a dark world. His candle burns still.

This article originally appeared in Virginia Jewish Life magazine, a publication that reaches Jewish people all over the state of Virginia. See www.virginiajewishlife.com for more information. 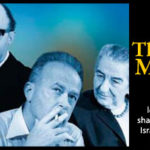 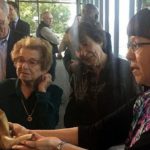 The Shofar of Auschwitz5 min read 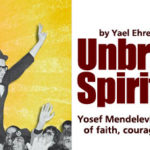 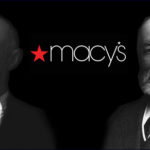 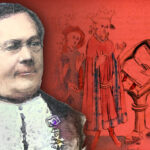 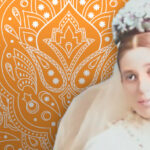