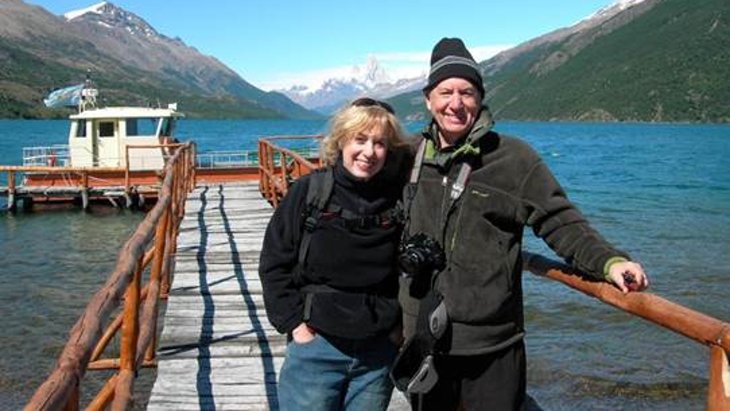 Celebrated historians Myrna and Harvey Frommer died within days of each other. Their work lives on.

The world lost two beloved Jewish historians in August 2019: on August 1 Harvey Frommer passed away; his death was followed one week later by his wife Myrna Katz Frommer. From Broadway to the Catskills, the pair devoted their professional lives to recording oral histories of Jewish life. The many books and interviews they leave behind let us glimpse a golden age of Jewish achievement.

Dr. Myrna and Dr. Harvey Frommer were born in Brooklyn, Harvey in Williamsburg and Myrna in the Bensonhurst neighborhood. They met at New York University and pursued careers in history, eventually both teaching at Dartmouth University. Harvey wrote several books about baseball on his own; together the couple collaborated on popular history books including It Happened in the Catskills (1991), It Happened in Brooklyn (1993), It Happened on Broadway (1998) and Growing Up Jewish in America (1995). “They had a great tag-team approach,” their son Frederic explained. “They did all the interviews together. They were outgoing personalities in different ways who completed each other very well.” 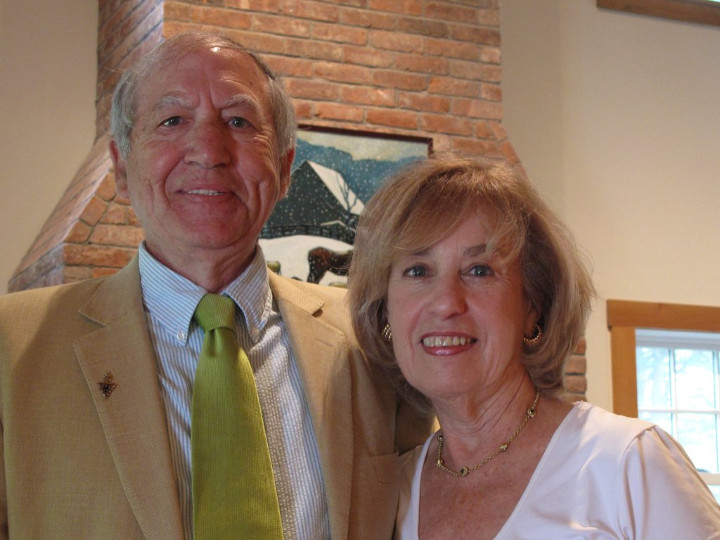 Their writing style can perhaps best be described as heimish, a Yiddish word meaning comfortable or homey. They had a uniquely Jewish sensibility and captured the nuances and details of lost worlds of Jewish New York. Informative and readable, their histories were also entertaining and helped introduce readers to the richness of Jewish life. Their self-described mission was “to capture a phenomenon shortly before it disappears into the mist of memory.” To do this, “there may be no medium more effective than oral history.”

In one illuminating interview, the Frommers quoted actor Charles Durning, who performed in Fiddler on the Roof on Broadway, describing the famed Jewish actor Zero Mostel, who played Tevya. “He’d often lapse into Yiddish,” Durning recalled. “If someone said, ‘I don’t understand you,’ he’d say, ‘Buy a book.’” He also recalled Mostel ad-libbing lines in the song “If I Were a Rich Man”, singing “They were as poor as synagogue mice” instead. 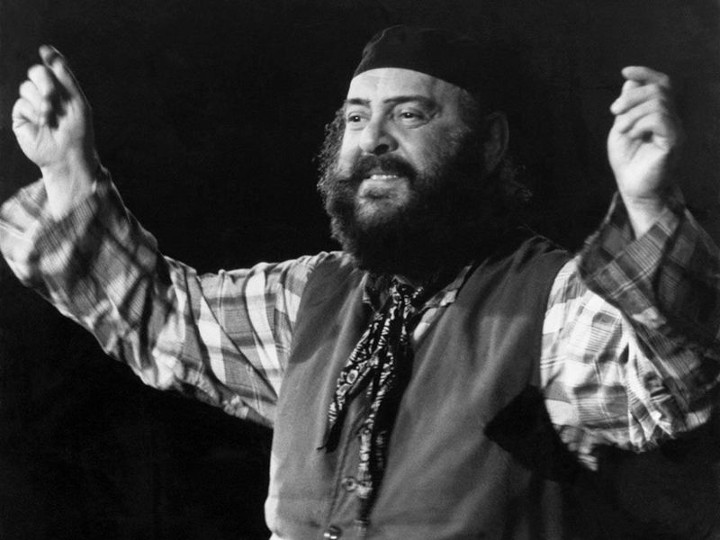 The Frommers also interviewed Broadway press agent Susan L. Schulman about Mostel, who shed light on the actor’s serious side. “Although people think of Zero Mostel as a clown,” she recalled, “he was also a serious, scholarly man, very interested in Jewishness.” Working for an anti-Semitic theatre director in The Merchant of Venice, his final role, she described that Mostel was the only cast member to stand up to the director, criticizing his anti-Jewish attitude and shielding other cast members.

Some of the Frommers’ most memorable interviews concerned the golden age of Jewish entertainment and hospitality in the Catskills. In the early 1900s, immigrant Jews who’d moved to New York began taking vacations in the Catskill Mountains north of New York City, boarding with local farmers who opened their homes to paying guests. There, they found fresh air and bucolic surroundings and were able to escape the sweltering heat of New York tenements and crowded neighborhoods where many immigrant and first-generation Jews lived. Soon, Jewish businessmen and women began opening hotels in the area: by 1970 about 500 resorts and hotels opened in the Catskills, many specifically targeting Jewish customers. Some, such as the Concord and Grossingers, became famous. In the words of one ad executive, Grossinger’s was “the single most famous hotel in the world” in its heyday. The Frommers spoke with waiters and busboys, hotel owners, publicists, and the entertainers who spent their summers going from one Catskills hotel to another, lending the area the moniker the “Borscht Belt” for its many Jewish comedians and other entertainers.

The Frommers described a lost world where guests played games like Simon Says next to the pool in the afternoons, ate gourmet kosher food in elegant dining rooms, and enjoyed singing and comedy shows at night. Virtually all guests were Jewish, and much of the comedy, food and other entertainment had a uniquely Jewish sensibility. Catskills resorts were also, Myrna Frommer explained, a place where Jewish Americans carved out a unique sensibility of what it meant to be Jewish citizens of the United States: “...golf, tennis (and) other pursuits and styles seen as ‘American’ became, in the post-war-period, the direction more people were following.”

Comedian Joey Adams got his start in the Catskills and recalled fondly, “Everybody began in the (Catskills) mountains. The first hotel I appeared at was the Olympic Hotel because my uncle owned it. Then I worked in the Berrkill Lodge in the late ‘30s, heading an entertainment staff that included Robert Alda and Red Buttons… I got $15 a week because I was the head guy, but I was also a busboy. Robert Alda was getting $10 a week and worked as a waiter at the same time…” Over the years, a virtual who’s who of American entertainers got their start at Catskills hotels, including Jerry Lewis, Mel Brooks, Buddy Hackett, Carl Reiner, Jerry Stiller, Danny Kaye, Lenny Bruce, Sid Caesar, Woody Allen, Liza Minnelli and Maurice Chevalier. (In true Borscht Belt tradition, Chevalier was sometimes introduced as Maurice Chevrolet.)

The New York City Cantor Sol Zim told the Frommers “I miss Grossinger’s...I miss the warmth, the real Catskills, being on the road, doing maybe sixty shows a summer, taking my boys along with me, staying at different hotels every night, the old neshomadik (“soulful” in Yiddish) audience. The Catskills were a Jewish haven where you didn’t have to worry whether the food was kosher, where there was a joyful Jewish experience.”

The Frommers noted that the food in Catskills resorts was unapologetically “ethnic” and Jewish. In one resort, they found herring on the menu – in seven different preparations. Catskills food was also freshly prepared, all by hand. One Grossinger’s waitress told the Frommers: “I mean, can you imagine turning out handmade noodles for the soup for 1,500 people? It was really a revelation to me. Everything was made there (in the resort’s kitchen), smoked salmon, the breads and pastries, it was all made there...this little woman stood at the chopping block, and she did nothing but make these noodles for the soup. That was really quite astonishing.”

Hotels competed to invite famous guests. Grossinger’s in particular became a trailblazing resort. It was founded in 1919 by Jewish immigrants from Galicia, Jennie and Harry Grossinger, with help from Jennie’s mother Malka, who was in charge of cooking at the hotel. Jennie had a warm, charismatic personality, and she helped turn Grossinger’s into a household name among New York Jews. When a Jewish taxi driver named Moe Weissberg foiled a robbery attempt in New York in the early 1930s, Grossinger’s rewarded him with an all-expense paid two-week vacation. The gesture was kind – and also made the papers, helping keep Grossinger’s in the news.

In myriad works, as well as their long teaching careers, the Frommers helped capture a unique moment in Jewish history when Jews shaped much of the culture in New York, in the Catskills and on Broadway. Their love for the many people whose stories and words they captured is palpable. Their books illuminate our understanding of American Jewish history; their legacy of popular, entertaining histories enriches us all.

In Egypt, Walking in the Footsteps of the Exodus
Megillah Gorilla Saves the Day
Challah Reuben “Grinder”
Big OnThe Little Things
Comments
MOST POPULAR IN Israel
Our privacy policy
Aish.com Is Looking for Great Writers