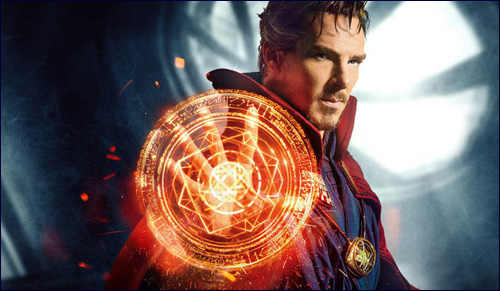 13. If you’re taking a book, don’t just steal one page. Librarians hate that.

1. The special effects will make your eyes pop out 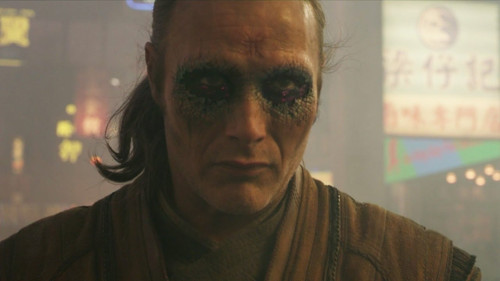 After all, it’s another Marvel movie about a smart, rich guy with a goatee who flies around spouting one-liners, primarily towards villains with a comparable skill set. And this one has magic! And medicine.

2. People are willing to be operated on by a Doctor named “Strange”. 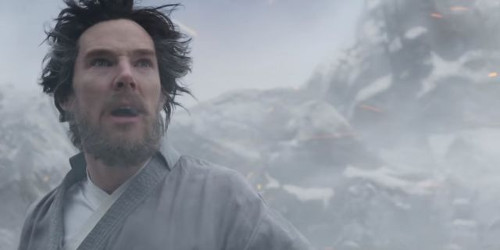 It happens. My wife had an anesthesiologist named “Paine”. And yes, it’s a strange name, pun probably intended. But it’s the least silly name in the movie. But names aren’t everything. He’s a brain surgeon – probably the best on earth, in his humble opinion. He cherry-picks the patients that he knows won’t ruin his perfect record, he wants medical techniques to be named after him (“We’re going to do the Strange Technique on you. Is that okay?”) and his idea of a fun date is taking his ex to watch him speak at a medical conference. That’s the doctor you want.

3. Your talents do not come solely from you. Someone upstairs is pulling the strings.

As egotistical as you may be, it could all come crashing down in a second. And the fact that it hasn’t yet means that God decided you should do well – for now. Doctor Strange crashes his car while checking brain scans texted to him, and crushes every bone in his hands. (The same hands he needs for surgeries. As opposed to different hands.) And the only doctor who could have fixed it to the way it was before is Strange himself. Or so he claims.

Maybe he didn’t learn his lesson yet. 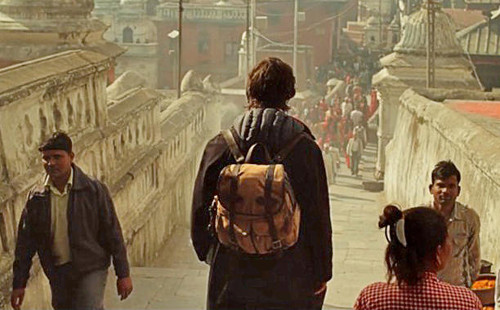 Not only can Strange no longer do the one thing he was really good at, he can’t even shave. So he tries Eastern medicine, which is a little bit harder to swallow, and is well past the manufacturer’s date. Someone tells him about a person called “The Ancient One”, who is bald, so maybe he or she has shaving tips.

Also, apparently, flight restrictions in the East are such that you can only bring one knapsack. And one watch, which will break on the first day.

5. Women live much longer than men. 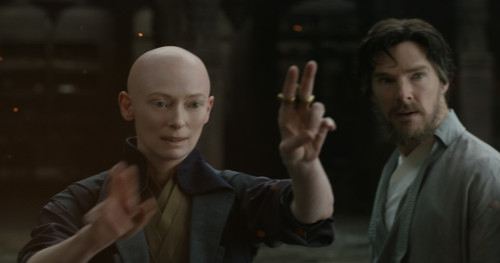 Apparently, the ancient one is a middle-aged British woman. (Traditionally, in the comics, it’s been an Asian guy. But nowadays, when people think fictional magic, they think British women. I blame JK Rowling.) She’s also the Sorcerer Supreme, which is a job that comes with a lot of responsibilities, including the delivery of exposition. She’s actually centuries old, so everyone calls her “The Ancient One”, which is way more respectful than “The Old One”.

6. Forget everything you think you know. 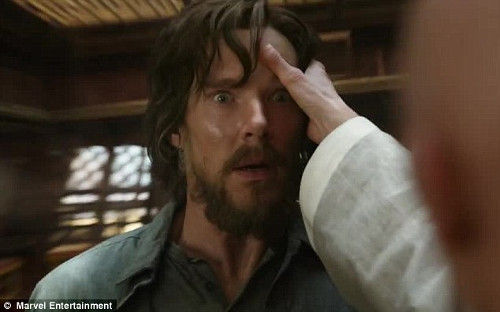 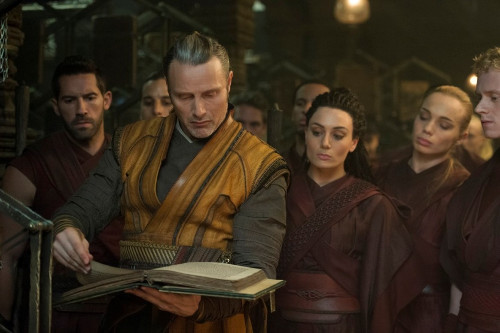 White Lady Morpheus accepts Doctor Strange into Hogwarts East, where he goes through a tutorial of magic spells such as how to reassemble an apple, how to remodel huge chunks of scenery, and that, in magic, everything is named “The ______ of _­­­______.” 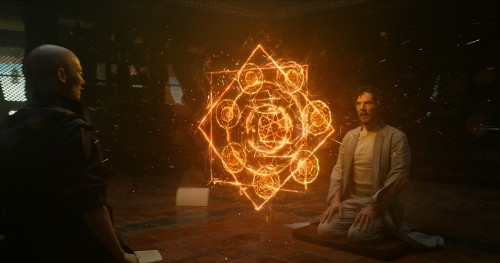 It’s the classic “science versus religion” fight. According to The Ancient One, the natural world of science – Doctor Strange’s life’s work – is just a small percentage of what’s out there. She’s talking about magic, but the same goes for Judaism. We think we understand everything, but we’re, as she says, “Peering through a keyhole and trying to widen it instead of just opening the door.” I don’t know about The Ancient One, but I’ve never been able to see anything through a keyhole. It’s just black. Maybe it was different in Ancient times.

Modern science is great, and explains the world, but ancient wisdom has always been around, and it explains the science BEHIND the world. Magic is defined in the movie as “the source code behind reality,” sort of the way God created the world by speaking: “Let there be light.” “Let there be darkness.” “Alright, I’m going to call it a day.”

After all, Abra K’Adabra is Hebrew for, “I will create as I speak.”

9. There’s more to us than just our body. 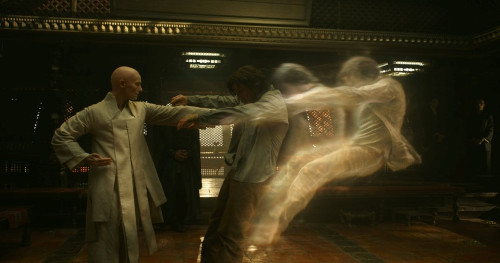 There’s also our soul, which lives on past our body. We can’t just do things to make our bodies feel good; we have to work on bettering our souls, because that’s what doesn’t start sagging with time.

10. Physical Therapy is a lot of work. 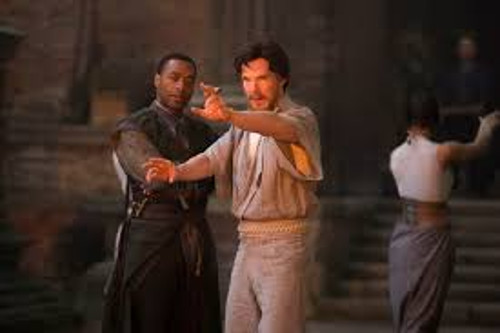 As is the study of anything worth knowing. Learning magic is not as simple as waving your hands and suddenly you know magic. That’s DOING magic.

The Doctor is no stranger to hard work (oy), having gone through medical school. We actually don’t know how long Doctor Strange spends learning magic, because his watch is broken. But if you’re going to do something, you might as well master it. That’s how he’s always lived his life.

11. Those in the know are keeping the world from collapsing. 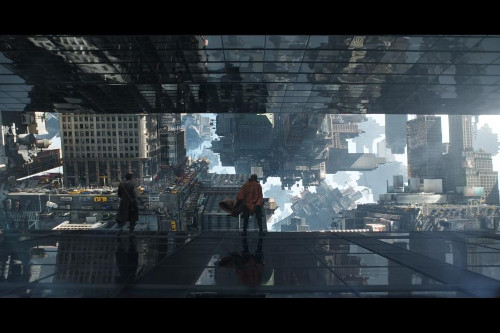 As Doctor Strange is told, the Avengers save the world from physical threats that they themselves may or may not have put into motion, but we save it from more mystical ones. In the movie, there are big mystical creatures waiting to swallow the earth whole, because it’s always earth, for some reason. And no one has any idea.

In real life, Torah study, prayer, kindness to others – that’s the source code that keeps the world from collapsing on itself. And not everyone knows that. Apparently, it’s just our secret schools of people wearing long coats and studying ancient tomes and drinking way too many caffeinated beverages. No one else sees magic or how it works, so to them, it doesn’t exist.

12. We’re always running late for something 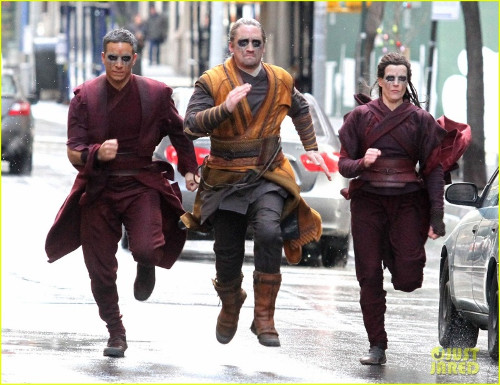 Kaecillious, a student of The Ancient One who sports a Steven Segal ponytail and looks like he needs more sleep, steals a forbidden spell, because he wants to stop time. Down with time! After all, time is the enemy. It enslaves us, it’s way more readily available to the people who have nothing to do, and it kills everything. Except ancient ones. If not for the constant march of time, you can find a good moment and live in it forever. We can stop prices from going up, the economy from going down, and the slipping away of Torah values from a society, which, as the years go on, is getting further away from our 40-year tutorial.

Maybe he’ll stop it in middle of the night, so he can get some sleep.

13. If you’re taking a book, don’t just steal one page. Librarians hate that. 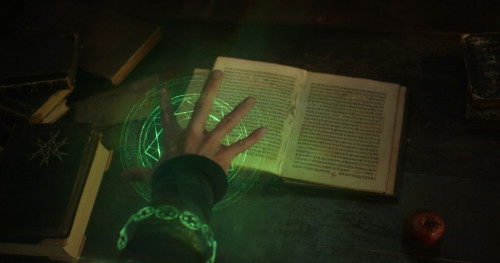 Magicians are always doing this. Just rip out the page you need, it’s not worth schlepping the book everywhere. Kaecillious wants to use this one spell to summon Dormammu – a giant, planet-swallowing face that lives in a black-light poster where time stands still, probably in the ‘60s. The danger, though, is that when you read one page of a book, you take things out of context. In the movie, Kaecillious misses the ramifications of messing with time.

The Torah is a book about the big picture that, taken as a whole, explains everything, but when you haphazardly read one page, it leaves you with questions.

Maybe you should consult an ancient one.

14. Sometimes it’s hard to know which way is up.

But don’t fall off the edge. 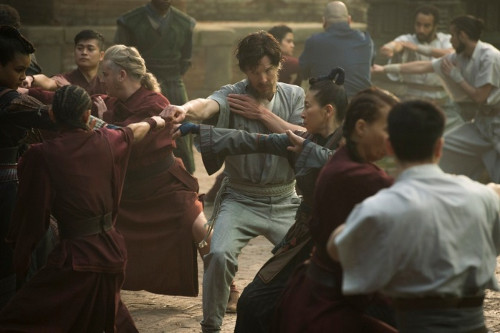 We need time. Everything worth having or knowing takes time. As Strange proves to Dormammu in the end (when he uses the three tricks we saw him learn earlier in the movie to save the world) reliving the same moment over and over isn’t all it’s cracked up to be. Time helps us grow and change. At the beginning of the movie, Strange was self-absorbed, but in the end, he sacrifices himself numerous times to save the world. He still can’t use his hands for surgery, but time has healed the wound that made him upset about it – that let it stall his life and consume him. He’s moved on.

16. You’re probably not just meant to do one thing. 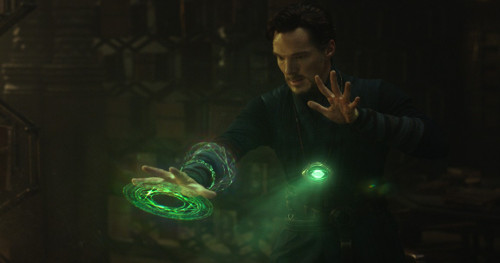 Maybe God gave you other talents. If you could turn back time and change an experience that happened, would you?

Things need to change. And it’s our past experiences – even the bad ones – that made us who we are.