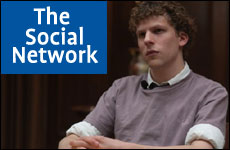 The genesis of Facebook has its source in the Book of Genesis.

The Social Network is a fascinating film based on the real-life story of Mark Zuckerberg, a nice Jewish boy who had a billion-dollar idea that quickly catapulted him to unbelievable fame and fortune.

Zuckerberg is ostensibly the genius behind the Facebook phenomenon, a relatively recent new corporation that's become almost as universally recognizable as Coca-Cola. But like all other inventions and innovations that change the way we've always looked at the world, Zuckerberg's claim to being the sole “father” of Facebook has been seriously challenged. The movie makes clear that there may very well be other people, friends of Mark, who were at least equally instrumental in dreaming up the idea of a social network that is at the heart of this multibillion dollar enterprise.

In fact, Narendra and the Winklevoss twins, Harvard classmates of Zuckerberg, sued and won a reported $65 million settlement based on their claim that they had previously hired Zuckerberg to work on a similar website they had conceived of on their own initiative.

The movie doesn't claim to give a final judgment on the truth of “original authorship.” David Fincher and Aaron Sorkin who collaborated on the film repeatedly say their purpose was merely to tell an enthralling story “about friendship and loyalty, class, jealousy, and ultimately betrayal.” Their goal wasn't about finding the truth but rather offering viewers a morality tale that would lead them to thinking about the profound issues involved, without personally taking sides.

As the ruling of the courts suggests, the full scope of the Facebook idea encompasses the contributions of more than one person. Facebook has many fathers. No one can deny that Mark Zuckerberg deserves major credit as one of its pioneering founders. However, others, as we discovered, also played significant roles as midwives to Facebook's birth.

But there's someone who still hasn't been given deserved credit for the original concept of The Social Network and it's time to acknowledge him - and by that I mean him with a capital H.

The Social Network is far more than a movie or a website; it is the prerequisite for fulfillment and happiness.

All we have to do is to look carefully at the Torah's description of the creation of man and the insight behind the billion-dollar idea will stare us clearly in the face. Every single day of creation God looked at what he had made and pronounced it good. When he finished the Torah tells us, “And God saw all that he had made and behold it was very good.”

And yet there is a moment when God finally declares “it is not good.” The context? God saw that Adam was by himself and he pronounced his verdict: “It is not good for man to be alone.”

Biblical commentators add a profound thought. This verdict was meant to qualify every previous positive appraisal. Yes, all the things God had created could be called good - but only if they were shared.

Man was created to be a social animal. Life gains its fullest meaning when it is shared. The Social Network is far more than a movie or a website; it is the summum bonnum of human existence, the prerequisite for fulfillment and happiness.

Mark Zuckerberg and his creative colleagues simply tapped into an ancient biblical truth. Their genius was to translate this insight into a technological application. But the genesis of the idea has its source in the Book of Genesis.

Jews are known as the People of the Book. Study has always been a necessary component for leading a good life. Immersing ourselves in the words of Torah is as necessary to our continued existence as breathing in air; it is the oxygen for our spiritual survival.

How remarkable then to discover that the Talmud teaches “Torah cannot be acquired other than by way of companionship.” The tired cliché that “it takes two to tango” has its Judaic counterpart in this saying that turns study into a cooperative effort if it seeks to be successful.

In an extraordinary and perhaps playful commentary on the first word of the Torah the rabbis suggest that the very first letter of the Bible in Hebrew is the Bet which numerically stands for two in order to allude to this idea. Do you want to really understand this book? Then create a Social Network and learn it with a friend, face-to-face.

The Torah is comprised of two parts – the written and the oral law. The written was to be transcribed and passed down on tablets, papyrus, parchment or paper. It was the Torah of the book. Accompanying it, however, was an oral transmission that for many centuries was not permitted to be recorded and would only become a written text as a last measure by Jews who feared that in the course of their expulsions and wanderings its teachings would become forgotten.

The oral law by definition was required to be oral. Why the emphasis on keeping truths alive only by way of communication from person to person? Texts can be handed over without human inter-reaction. They are cold and impersonal. They leave no room for true friendship.

The secret of the oral law in Judaism is the divine wisdom that set apart a tradition of truth so vital to our survival that is demanded an ultimate Facebook transmission in the real sense of face-to-face.

And that, by a remarkable irony, is why Zuckerberg's Facebook fails in one critically important way when contrasted with its biblical predecessor. The Torah was profoundly concerned that human beings acknowledge The Social Network as fulfilling a fundamental need. Loneliness must be identified as unsatisfying; human beings need neighbors – to love them as themselves and to be loved in return. The Garden of Eden was paradise only because there were two people to share it.

Yes, it's a blessing to be able retain contact with so many people and to maintain friendships in at least a minimal way, keeping up with the latest events in the lives of people who are dear to us. But if we really care about our friends on Facebook, take to heart an ancient forerunner of this idea: try doing what the Torah meant by The Social Network and actually get together with them from time to time, face-to-face. 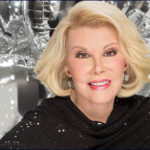 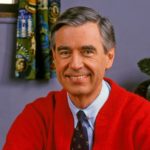 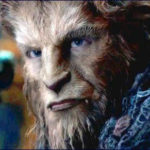 Beauty and the Beast & the Essence of Love6 min read

We Are Spartacus4 min read 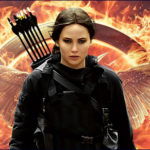