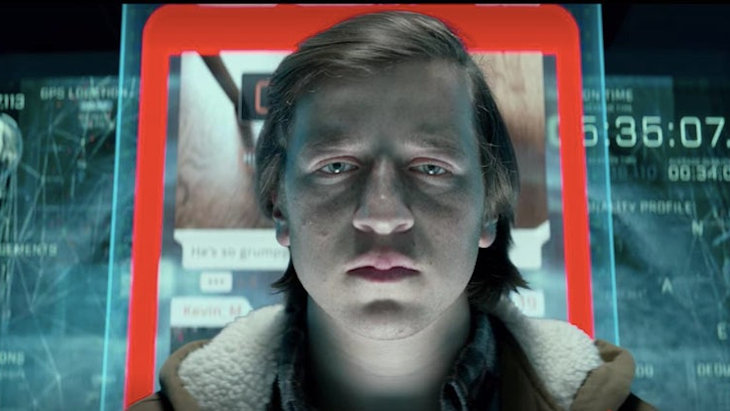 Former Big Tech insiders reveal what made them turn against the powerful platforms they helped create and promote.

“Nothing vast enters the life of mortals without a curse.” – Sophocles

This quote opens the docudrama, “The Social Dilemma,” a hard-nosed indictment of Big Tech and the social media platforms it has created. These platforms have transfixed us, angered us, entertained us, used us as human click bait for billions of dollars of advertising revenue, divided us socially and politically, and purposefully reduced us to social media addicts.

The titanic power of social media platforms has never been more in the news, but in addition to the big picture questions about their power to promote or to silence, we need to also understand what they try to do to us on an individual level. Now streaming on Netflix and directed by Jeff Orlowski, “The Social Dilemma” features a host of former tech insiders from Google, Facebook, Pinterest, Instagram, Twitter and more. Several were high ranking executives, and all have one thing in common: they eventually turned against the products and mindset that drives Big Tech.

Here are some of the more dramatic indictments these insiders leveled against the industry:

“Facebook discovered that they were able to detect real world behaviors and emotions without triggering the users’ awareness.”
“If you’re not paying for the product, you are the product. You are clickbait.”
“There are only two industries that call their customers users: illegal drugs and software.”

Tristan Harris is a former design ethicist at Google and co-founder of the Center for Humane Technology. He became frustrated with the lack of moral concern for what social media was doing to people. “I felt we had lost our way,” he said. “No one at Google was talking about the obvious addictive quality to email, but instead was fixated on simply the colors of the in box.” He wrote a manifesto, “a call to arms,” urging Google colleagues to face up to their responsibilities regarding the larger moral issues involved with social media participation.

“There are only two industries that call their customers users: illegal drugs and software.”

“Never before in history had only 50 designers, all of them white guys between the ages of 20-30, influenced the behavior of 50 million people,” he said. Initially, his manifesto created some buzz. It was downloaded hundreds of times at Google, and people talked about it for a day or two, telling Harris they agreed completely. Then, nothing. He left Google, citing “ethical concerns.”

“Your friend just tagged you in a photo.” Facebook sends these messages but doesn’t show you the photo. They want you back on their platform to see it, hoping you’ll stay. We see this kind of lure through the fictionalized scenes in the movie, interspersed with the interviews, of a typical family and social media’s impact on them. During these scenes, viewers see three very young guys – stand-ins for Artificial Intelligence programs – working tirelessly to manipulate the behavior of a college-age young man in the family, who has a crush on a girl who is seeing someone else. The AI guys ruthlessly track his movements online and tempt him to follow the posted activities of the girl he pines for. As frustrated as the AI team is when he ignores the notifications, they celebrate when he finally clicks on an ad they placed in his feed. They cheer that it cost them only 3.2 cents for that ad impression. Success!

Nearly every interviewee had once seen their role in Big Tech as a force for good, but once the proverbial genie was out of the bottle, it was impossible to stem the tide of danger: the growing and unchecked power of Big Tech to control what you see and hear; its addictive nature and the resulting alienation and anxiety in many people; and the relentless monetization of each person through tracking their actions and manipulating what they see to generate desired responses, such as clicking on ads. All of social media’s three main goals: engagement, growth (come back and invite friends) and advertising, are each powered by algorithms. (I strongly resent the bombardment of ads I see for anti-aging cosmetic treatments.)

The film is a bit heavy handed, allowing almost no comment about social media being a tool for good. People can make valuable connections online, can enjoy enriching, educational and entertaining content, create awareness for causes, advertise small businesses, and teach all kinds of skills. Even organ donors may be found online. But this film was made to underscore the extent to which average individuals are in the dark about how Big Tech really operates, and about how even the owners and rulers of the kingdom have no idea how to tame the beast.

The children born after 1996, often called Gen Z, are the first kids in history who went through middle school on social media. This generation is more anxious, fragile, depressed, and insecure than previous generations. As older teens, they are less likely to get a driver’s license or to begin to date.

A girl around 10 or 11 years old, the youngest in the fictionalized family, is shown as completely unable to be away from her phone even during a family dinner. Breaking a glass bowl to grab her phone and escaping with her phone to her room, she immediately checks how many people admire her digitally “beautified” image on TikTok. Her smile turns to tears when another girl makes a mean comment about her. Her expression becomes haunted.

Jonathan Haidt, PhD, social psychologist at the New York University’s Stern School of Business and author of “The Righteous Mind: Why Good people are Divided by Politics and Religion,” was also interviewed. He noted the shocking rise in depression and anxiety among American teenagers, which began around 2011-2013. Until 2009, he said, the number of girls admitted to hospitals every year for cutting or other self-harming activities had been stable, then shot up by 62 percent among girls ages 15-19 and by 189 percent in girls 10-14. “Snapchat dysmorphia” is the name used to describe this particular kind of warped self-image, in which young girls demand plastic surgery to look more like the pictures they see online in filtered selfies.

On the topic of children and social media, Harris noted, “We used to protect children. Certain products were not allowed on Saturday morning kids’ TV shows. But YouTube for Kids has no regulations, no protections.”

Many tech industry leaders were trained at the Stanford Persuasive Technology Lab, where they learn to become “behavior change geniuses,” according to one Lab instructor. Persuasive Tech has given rise to the field called “growth hacking” – infiltrating people’s psychology with the goal of manipulating behavior.

Tristan Harris states that Big Tech and social media are run on a “disinformation business model,” where everyone ends up with their own facts. Did you know that Google provides different definitions of things depending on what your interests are, and where you are Googling from? Because we end up seeing information that only reinforces our own views, we become hostile toward, or even develop hatred for, those who believe differently.

Many of these former insiders fell prey to the systems they created. Tim Kendall, a former Facebook executive and former president of Pinterest, admitted that he would come home and type emails in his pantry while his kids waited for his love and attention. “I told myself 1,000 times I wouldn’t bring my phone to the bedroom, then 9 p.m. rolled around and I thought, so I’ll bring it to the bedroom.” Now, he and his wife do not allow their kids to be on social media until they’re in high school.

Here is how many of them deal with and limit social media in their lives:

Several have uninstalled all social media apps from their phones and disabled all notifications unrelated to anything critical to their lives. A European tech expert no longer uses Google but the search engine Quant, which doesn’t store data. One is careful to never choose a video recommended by YouTube. “You should always make the choice,” he said. One woman had to write her own software to cure herself of a Reddit addiction.

Jaron Lanier, author of “Ten Arguments for Deleting Your Social Media Accounts Right Now” and considered the “founding father” of Virtual Reality, was among the most vehement about the destructive force of social media. He said, “It’s the gradual, imperceptible change in your own behavior and perception that is the product. There’s nothing else on the table. If even a few people delete all their social media accounts, it makes space for conversation. Get off the stupid stuff. The world’s beautiful.”

The film did not totally lose its sense of humor. At the end of the credits, the screen said, “Follow us on social media! Just kidding.”

An Open Letter to Mark Zuckerberg: Don’t Give Holocaust Deniers a Pass

Confessions of a Television-a-holic
Korach 5782: Visit to Lift the Spirit
That Time The Ivy League Found A Way To Limit Jewish Enrollment
Would You Rather Be Right or Happy?
Comments
MOST POPULAR IN Current Issues
Our privacy policy