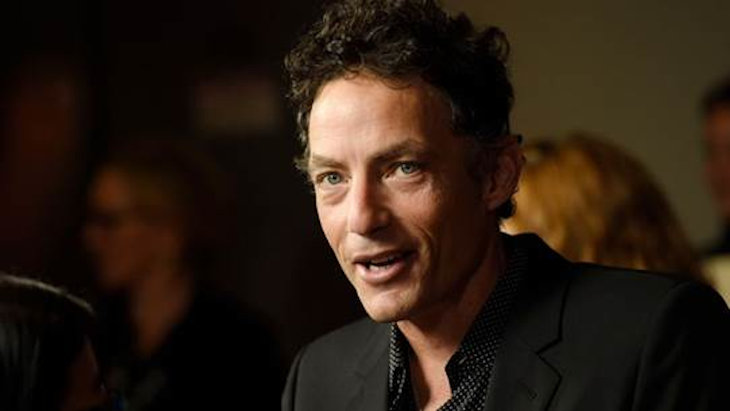 A rock prince pays respect to his elders in the moving documentary ‘Echo in the Canyon.’

With the Grammys approaching next week, and the Oscars not far behind, I think now is a good time for anyone with Jews and Judaism on the brain to watch Echo in the Canyon. At first glance, it might seem odd to portray Jakob Dylan and Andrew Slater’s portrait of WASPy mid-1960s bands in L.A.’s Laurel Canyon, now available on Netflix, as a repository of Torah values. But the Jewishness of the film jumped out at me immediately, and not only on account of the presence of Dylan. The film’s soul could not be more Jewish. It foregrounds the tenderness inherent when the older generation hands down traditions to the young, and the affection and good humor with which the next generation receives them.

Jakob Dylan does one-on-one interviews with the brightest stars from the brief California-sound era (1965 to 1967) as they recall their youth, telling stories, relating feelings, impressions, enthusiasms. These megastar singer-songwriters (Stephen Stills, Eric Clapton, Brian Wilson, Roger McGuinn, David Crosby, Michelle Phillips from The Mamas and the Papas), together with a host of other musical notables, lived in houses throughout Laurel Canyon, coalescing into a rock ’n’ roll commune of sorts. The Canyon scene roiled with creativity during this brief era; these artists took the British Invasion and rapidly transmuted it, via a kind of musical fission, into psychedelic rock.

The interviews are poignant because these powerhouse folkies are now decidedly elderly. Once great blazing matriarchs and patriarchs, they have faded and become frail. When they tell Dylan tales from the ancient heyday of their artistic ferment, they evoke something that is lost to us today, dreamlike.

Watching this film we are invited to do what we rarely do in American society: really observe old people. These folk-rock gods seem worn out and often a little bit sad; they are legends, but also has-beens. Brian Wilson speaks with only intermittent clarity and mostly avoids eye contact with his interviewer. Stills, once a blond Adonis, falters, words turning mushy in his mouth. Effervescent but gray-haired, Michelle Phillips no longer resembles the mid-’60s heartbreaker she once was. Roger McGuinn dresses stiffly in a sport jacket, hiding behind a fedora. They are ur-grandparents—tired, achingly vulnerable, self-consciously unhip.

It is moving to watch Dylan interviewing these old geezers. He listens appreciatively, silently. He looks steadily into their rheumy eyes.

The beauty in this project comes as these artists open up to Dylan like he was their own child or grandchild, which in some sense he is. Literally no one else could have rounded up this cadre of 1960s superstars and gotten them to reminisce so freely in front of a camera. Rock royalty himself, he connects with them professionally, speaks the lingo, knows their world. But that is not why he succeeds here. More than anything else, he knows how to handle old people.

It is moving to watch Dylan interviewing these old geezers. He doesn’t coddle or flatter, interject, or draw attention to himself. He listens appreciatively, silently. He looks steadily into their rheumy eyes.

One review I read observes of Dylan that he “is there and not there.” In other words, you can’t ignore him because he’s Bob Dylan’s son and also a confident guy, a rock-band frontman. But on camera, he carefully cloaks his glamour and focuses all the attention on his subjects. And it feels natural, homey, familiar. This is how I’ve seen some Jewish children behave with their doddering elders, patiently listening, possibly to a story they have heard many times before. Having not grown up Jewish, I’m reminded of my own Welsh grandmother who lived with us for a time when I was a child and to whom I did not listen as carefully or kindly as I should have; no one ever taught me the value of honoring her.

There’s a touching shot of Stephen Stills exiting a recording session for the soundtrack album. As he walks by, he lovingly cups the side of Dylan’s face in his hand, like old men sometimes do. Another shot that sticks with me is of Dylan intently watching Michelle Phillips’ face as she listens to his cover of “Go Where You Wanna Go.” When she turns to him, delighted, he lights up briefly. “Oh, good. You like it,” he says with Gen-X dryness. But his desire to please her is obvious, like when a grandchild serves Bubbe her own matzo ball soup recipe.

In the album’s songs one senses the musical expression of deep respect for these Grandmamas and Papas. Along with coeval singers Regina Spektor, Norah Jones, Jade Castrinos, Fiona Apple, and Cat Power, whose voices stack amiably on top of his own, Dylan carefully revisits these songs. We hear in the songs’ modern-day recreations fresh commentaries on old texts.

Another rendition I particularly love is “I Just Wasn’t Meant for These Times,” written by Brian Wilson—who has schizoaffective disorder, manic depression, and paranoid schizophrenia, and who doubtless has led a long and tormented emotional life. The lyrics are naked and painful and yet the melody is pure Beach Boys pop. Dylan sings compassionately, but without the suffering that no doubt went into writing it: That element is provided by Neil Young’s spidery harmonies. The two voices together could be a conversation between a living man and an ancestor’s ghost. These new renderings, like midrashim, transform the old songs, offering updated and deeper meaning while changing very little of the original text.

All of this dynamic feels familiar and right to me, as a Jew. We are taught, in our tradition, how to treat our forefathers and foremothers—with respect, and without condescension. These fading days for them are brief and sometimes painful, and we owe them our attention and our care and regard. A good child knows to talk to elders with all the kavod (honor) they deserve and to receive their experience and the work of their hands. In this small documentary and especially in his accompanying album of all-but-forgotten folk-rock melodies, Jakob Dylan demonstrates his understanding of and dedication to those values.

Wisdom of Spider-Man
It Takes A Lot Of Faith To Be An Atheist
How Instagram Brought Back This Nostalgic Soup
What Makes Eli Run?
Comments
MOST POPULAR IN Jewlarious
Our privacy policy