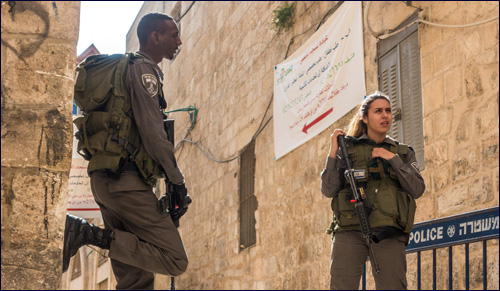 The past few weeks have shocked the global community. Millions have witnessed Europe, the U.S. and the Middle East rocked by a growing wave of extremist terror.

Justifying one kind of terror is justifying it all.

We must condemn any and all justification for terror. Justifying one kind of terror is justifying it all. Make no mistake about it—terror is terror is terror. There is no excuse for these horrendous attacks.

We must fight terror with all the tools in our arsenal—relying on professional teams—but also on the strength, resilience and vigilance of our cities’ residents. I’d like to share a few points of collective wisdom with you.

In Jerusalem, we focus on being vigilant, while encouraging our residents to maintain their routine. The public can take an active part in combating terror by being alert at all times and refusing to alter their daily lives. This is a positive step, not a negative one. It creates a sense of mutual accountability, puts hundreds of thousands of eyes on the lookout, and builds confidence, which empowers our residents.

Terrorists seek to turn our cities into a battlefield. Deploying the military sends that exact message. It is a mistake to deploy soldiers and the military on our streets. In Jerusalem, I’ve insisted that only police and well-trained civilian security guards protect our city. In spite of the fact that the Israeli defense force is an exceptional, strong and moral fighting force, their job is not to police our city.

In Jerusalem, we work to ensure that these decidedly civilian forces are strategically deployed. Israel has invested in the world’s best signal intelligence and human intelligence. Rather than blanketing the city with security forces, we use this intelligence to set priorities and implement a “smart deployment” of our units. Instead of protecting the city after an attack, we put the “bad guys” who wish to harm us on the defensive. When terrorists are busy trying to evade our security services, they are unable to dedicate time to planning attacks.

But victory over terror goes beyond merely stopping attacks. In order to truly defeat terrorism, we must deny perpetrators the satisfaction of having the sites of their attacks serve as shrines of loss and devastation. We do not establish makeshift memorials or allow our city to be marred by these attacks. We resume normal life.

We have learned that deterring terrorism is a long game. As mayor, my job is to complement the “sticks” of continuous security operations, with “carrots” that strengthen the forces of moderation. We make a clear distinction between the majority who foster coexistence between Jews and Arabs in our city, and a small minority who seek to destroy it.

There is significant Arab leadership working with us in the struggle against the hate that seeks to tear us apart. We work to empower these local leaders to take responsibility for their communities. In areas where local leadership accepts such a role, reduced police presence lowers friction and improves residents’ quality of life.

In 2015, after parents, educators, and religious leaders complained that social media imported hate and incitement into their communities, we launched innovative programs that reinforce parental and community authority. We extended school days and created comprehensive after-school programs, ensuring our most vulnerable communities are provided an alternative to the digital incitement of Hamas and the Islamic State militant group (ISIS).

Not all solutions are exportable. I encourage each country to utilize its unique advantages. For example, Israel has a rare asset—a large number of veterans. Only 2 percent of Israeli civilians have gun licenses, all of whom are well-trained and experienced in combat.

By calling on these trained Israelis to carry their arms at times of crisis, we’ve managed to cut down response times to an ongoing attack. Jerusalemites, instead of running from an attack, run towards the scene, reducing the harm a terrorist can cause. In February 2015, my security guards and I did just that.

These strategies have helped us stop most attacks within 60 seconds.

These operational, educational, and security strategies must be complemented by a legal framework. Terrorism is not just another crime. Its ideological basis makes it fundamentally different and requires a strong legislative answer. We must teach terrorists—and those who support them materially or through incitement—that they will pay a heavy price.

Terrorism is a global problem we must address together. The free world must work as one, using our best experiences and cooperation to confront this common enemy. I hope the lessons learned in Jerusalem can serve to make a better, safer, and more resilient world.

This article originally appeared on Newsweek.com

Nir Barkat, who served as a Jerusalem city councilman since 2003, won election as Jerusalem's mayor in 2008. He was one of the founders of the IVN venture capital network which invests in social initiatives throughout Jerusalem. In 1988 he co-founded the high-tech firm BRM and has served as chairman of numerous companies.

The One-Woman Battle Against Pro-Nazi Bias on Wikipedia

UFOs and Jews Living on a Different Planet

Why The World Hates The Jews
Behar 5782: Working to Live or Living to Work?
The Wholeness of Being Broken
The Strange Face of Change
Comments
MOST POPULAR IN Society
Our privacy policy

Behar 5782: Working to Live or Living to Work?
The Wholeness of Being Broken
The Strange Face of Change
The Grand Mufti of Jerusalem and the Holocaust
The Connection between Israel and the Jewish People
Grit and Torah
Why We Can’t See True Reality
Jewish Chutzpah’s Ancient Precedent: Commoner Sues Toxic Boss 2600 Years Ago
Grilled Israeli Lamb and Veggie Kabobs Recipe
How To Barbecue Like an Israeli
1 2 3 … 2,981 Next »