Our Deadly Battle with COVID-19 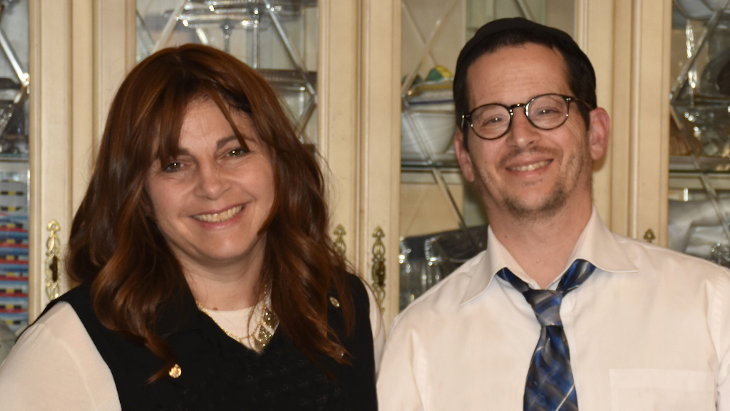 I wasn't feeling so great and went to get tested. Twenty-four hours later I was on a vent fighting for my life.

SHIMON: I had just finished my best quarter in the lifespan of my small business, so I wasn’t that worried about finances and could finally relax and enjoy this virus-imposed vacation.

I wasn't feeling so great for a few days and thought I might have contracted a mild version of COVID-19 like many of my friends in the LA community, but I wasn't worried. I decided to get tested to rule out the virus and my wife and I went to the UCLA outpatient clinic.

Twenty-four hours later I was hooked up to a ventilator fighting for my life.

LEAH: We had several friends with the “ten-day fever” so when Shimon was sick for a few days, as long as his fever stayed steady (and I checked 5 times a day!) we were good to go… or so I thought. Shimon’s doctor said to just stay home.

A doctor friend of ours suggested that we get the test so we'd know what we are dealing with. The doctor said his oxygen saturation was 84, which is very low, and that they were keeping him for the night. Little did we know that although my husband appeared so normal, on the inside he was a ticking time bomb.

That was Thursday night. By Friday he was in ICU and Friday night he went on a ventilator. He had texted me how much he loved me, he was going on the respirator and to please pray for him. Based on all the Covid-19 horror stories we've heard, I thought that was the last text I would ever receive from him.

SHIMON: The next three plus weeks in the ICU are mostly a blur. Pesach was a non-event; I barely knew it was Passover.

I vividly remember my wife Leah telling me in no uncertain terms to fight for my life and to beg Hashem to help me. This was one of many times that my wife literally saved my life.

LEAH: The following month was a total roller coaster. After barely sleeping I would wake up in the middle of the night with sudden realization that Shimon‘s bed was empty and I feared the worst. There was nothing I could do. I couldn't be by my husband's side since no visits were allowed. Hospitals were on total lockdown. All I had were the phone calls with the hospital. My stomach churned any time the phone rang. Eventually they tried to set up zoom calls. At least I could see him, when it worked… Social distancing prevented my local married kids and grandbabies coming and giving me strength.

So I went inwards. I prayed from the bottom of my heart. I cried so hard. I knew this was a wake-up call. I couldn’t believe how much I took for granted. When I was faced with the fear of losing Shimon, all I saw was the pure reality of who he was – his goodness, his kindness, his amazing character traits and exceptional patience. I was praying from such a deep place. Every moment I felt I would never take him for granted again. Shimon, I love you! DON’T DIE!

Those few weeks were more intense than all the Yom Kippurs I've experienced.

The second week on the ventilator was Passover, a three-day holiday where I couldn't use the phone, unless it was a matter of life and death. When the doctors tried to wean him off sedation and his discomfort made him so agitated, they asked me to calm him down on the phone. It was surreal; there I was on Shabbat video-calling the ICU, doing whatever I could to help save my husband's life. 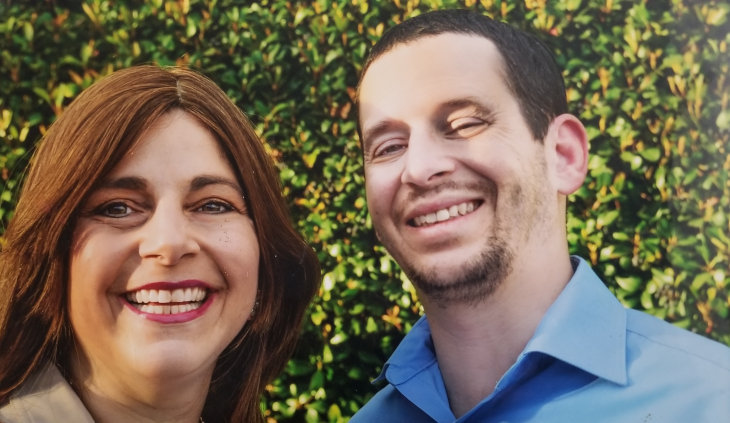 Honestly, I was a mess. My kids kept me sane. My older kids from my first marriage held the home and took care of our younger daughter. Friends brought so many delicious meals. My son ran stunning Passover Seders and I forced myself to eat. (The obligatory wine helped!) I even laughed occasionally.

I tried to hold onto Rebbetzin Denah Weinberg’s teaching that Seder night has enough power to give us faith to last for the whole year. I tried to internalize and tap into this power and strengthen my relationship with God. I heard the voice of Rabbi Noah Weinberg, obm, who once said to me when I was going through a struggle, “When are you going to learn that God loves you?” I worked on deeply connecting to God's love and embracing this test. Somehow I held on.

SHIMON: It’s humbling to think about all the miracles that saved my life and a challenge to accept the responsibility of living a life with greater purpose and focus.

The team in the ICU couldn’t understand why somebody like myself, who had no associated risk factors, got so sick. I am not overweight, no diabetes and nothing that would compromise my immune system. To me, it was obviously by design that I got sick.

Just two months prior to this, our insurance agent begged us to pay another $50/a month to have access to the UCLA Medical Center. That $50 gave me the most amazing care in the UCLA ICU, and then a UCLA affiliated rehab center. It is considered the best COVID treatment system west of the Hudson River and all expenses were covered.

Another miracle happened in my third week in the ICU. I was intubated for the second time due to a secondary infection of pneumonia. By the third time they felt I just wasn’t strong enough to breathe alone. The ICU team wanted to insert a trach to manage my oxygen before trying to take me off the ventilator safely for the third time. The problem (which ended up being a huge blessing) was that even though it had been several weeks, I was still surprisingly testing COVID positive, so they could not give me a tracheotomy. All the rehab facilities (including for trach care) would only allow COVID negative patients. During those extra days I improved to the point they were comfortable risking a third extubation, enabling me to avoid the trach, which would have led to a much longer, complicated recovery. Yet, when I was ready leave the hospital to transfer to a rehab clinic, I was suddenly testing COVID negative!

LEAH: I was so thrilled when the hospital said they were taking Shimon off the ventilator for the first time and he would breathe on his own. I was still worried but I thought there was a chance he may even be home for the last days of Passover! But apparently God wasn't finished with His wake-up call. We needed more change, more introspection, more prayer. Shimon contracted a secondary pneumonia and was back on the vent.

Pleas for prayers were sent around the world. I tried to get blessings from a number of great, holy rabbis. I recited chapter after chapter of Psalms and other prayers. A friend in Jerusalem's Old City video-called me each time they said Psalms and prayers for the sick in a small minyan from the Western Wall. I was in contact with medical experts and hospital medical teams and was following all the latest evolving Covid medical studies.

I told Shimon on the phone, whether he could hear me or not, "You must pray for yourself! Your prayers are more powerful than my prayers!" I yelled at him: “Fight this beast!”

The rollercoaster continued, more light, more darkness. A second time off the vent. No good, a third time back on the vent. The fear again. Now three weeks lying there in the ICU. And then Shimon miraculously got off the vent for the third time, without a tracheotomy.

I was so nervous until he left the hospital. I raced to meet the ambulance that was bringing him to the rehab facility where I wouldn’t see him for another two plus weeks. And I managed to see him outside for a whole minute before he went back to lockdown!

SHIMON: The question I kept asking myself was why it was so critical to send me such a strong wake-up call. I know I am stubborn, but still. The Talmud teaches that if a person reaches into his pocket for a quarter and takes out a dime that is called suffering and requires self-evaluation. But clearly in Heaven, they decided I needed a bit more… like a 3+ week stay in the ICU with a 50/50 chance of survival to get the point across. Ouch.

So what did I learn? Many things but the most important: to appreciate my dear wife. She put her life on hold and literally didn’t sleep for several weeks, lost 10 pounds, cried an ocean of tears and mobilized the entire world to storm the Heavens on my behalf.

If anyone has doubts about the efficacy of prayer, they can call me or any of my family members to discuss.

I pray I got the message and am making the changes I need to make so I won’t need another wake-up call like this again. When all is said and done, I believe COVID-19 gave me and my family much more than it took away.

LEAH: Thank God (I can never thank God enough) my husband is home now from rehab. We still have a ways to go but my Shimon is himself!

I am different. I’m not going to be perfect. But I am going to do my very best to appreciate what I have. I keep on thanking Shimon for being alive! I think of people who built marriages after the Holocaust; they didn’t kvetch and whine about silly things like their spouse not taking the garbage out or getting parking tickets. They looked death in the eye and have a better perspective.

I feel that we are of the fortunate survivors.

In appreciation to all who prayed and helped my family, Dr. Yossi Englanoff, my amazing advocate, and all UCLA staff, especially Luis and Rachel, the best nurses ever!

Why a White Supremacist Renounced his Faith

Growing Up Sisters
In the Shadow of David and Goliath
Where Do the Laws of Nature Come From?
Saadiah Gaon, Rashi and Maimonides: How Three Rabbis Revolutionized Judaism
Comments