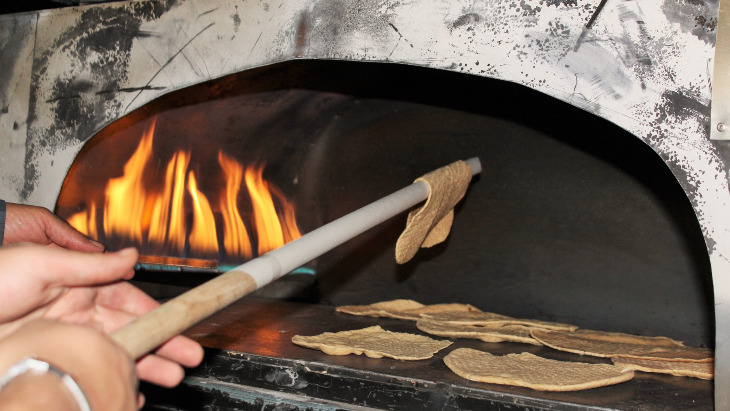 How the cardboard like matzah we know today came to be and where its softer cousin can be found.

One would be hard-pressed to find a Jewish person unfamiliar with Matzah. It is the centerpiece of our most celebrated holiday and its presence across the diaspora speaks to its enduring significance. As an Ashkenazi raised in New York, I have always been most familiar with flat, cracker-like Matzah, made so in the interest of preservation (at least historically). I’ve also had the pleasure of enjoying Matzah’s many Passover iterations, like Matzah Brei, Matzah Pizza and Matzah Toffee. While there is plenty of diversity in the applications of matzah, the core ingredient remains the same: hard, square, perforated (though has anyone successfully split one at its perforations?). When a Yemeni friend of mine explained that Matzah was, of all things, soft in his family’s Passover, I knew I had to learn more. The first thing I learned? The thin, cracker-like version of Matzah is not that old— before the eighteenth century, nearly all Matzah was soft, and in some parts of the world it still is.

When a Yemeni friend of mine explained that Matzah was, of all things, soft in his family’s Passover, I knew I had to learn more.

Across the diaspora, Jewish cuisine varies, both in style and in substance. These differences are often influenced by local geography, local tastes, and kashrut (the Jewish dietary laws). Matzah, too, in spite of the strict regulations inherent to its production, reflects these influences. 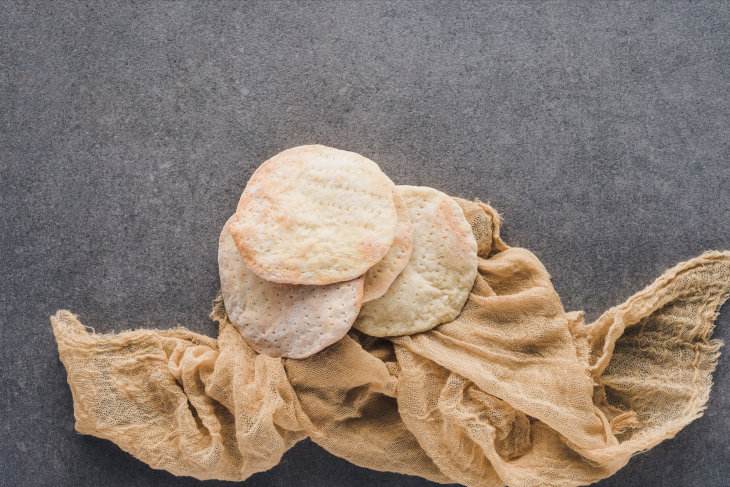 In seventeenth and eighteenth century Italy, for instance, where Jewish communities thrived, three distinct varieties of Matzah developed to serve these communities’ needs: Shmura Matzah for seders (they meet a higher level of kashrut supervision); Plain Matzah for intermediate days of Passover; and something referred to as “rich” Matzah, a sweet flatbread made with white wine, eggs, sugar, anise, and goose fat. The goose fat, in particular, feels like an especially apt choice, as it recalls our delightful use of schmaltz in other dishes. These “rich” matzahs were available to all people, including gentiles. However, this matzah, particularly a variety made in Ancona, became so popular that rich Jews in Venice imported it for seders, and its beloved status among gentiles prompted Pope Pious IV in 1775 to introduce heavy fines to gentiles buying matzah as well as their Jewish neighbors who sold it as a way for him to segregate the communities.

Nearby, in Spain, similar varieties of matzah began to emerge. The Spanish plain matzah was not quite as plain as the familiar cracker or as the Italian plain matzah, as the Spanish one included eggs and olive oil in the preparation. Spanish Jews also appreciated a fancier matzah, and developed a “rich” matzah of their own. This one was made with white wine, honey, cloves, and pepper. This version was quite in-demand but was inappropriate for religious purposes, so Spanish Jews began to develop simpler versions of this “rich” matzah, omitting the wine and cloves. Another variety of matzah that developed in the northern chestnut forests of Spain was chestnut matzah— using chestnut flour mixed with eggs, olive oil, honey, sugar, pepper, and abundant cinnamon (the early recipes are very clear about the cinnamon— this matzah wants quite a bit of it).

Outside of Europe, matzahs tend to omit spices and sweets, but the rigorous processing regulations remain important. Like Levantine matzah and Matzah from the Arab peninsula, matzah tends to be soft when made in African Jewish communities. In Ethiopia, matzah is known as Kit’ta in Amharic and Kitcha in Tigrinya. It is made with whole wheat flour and black sesame oil (not to be mistaken with brown or light sesame oil), and baked like pita or roti in a flat pan. Kit’ta is pressed flat with a fork, which gives it a unique texture and appearance. Furthermore, in honor of the story that created this tradition, Kit’ta is made quickly and on-demand, taking no more than 20 minutes from start to finish.

It is said that Yemeni matzah is the closest thing to what our ancestors ate during the exodus from Egypt, and its simplicity seems to support this assertion.

It is said that Yemeni matzah is the closest thing to what our ancestors ate during the exodus from Egypt, and its simplicity seems to support this assertion. Yemeni matzah is traditionally made with flour, water, and nothing else but the work of its baker. Yemeni matzah production, like in Ethiopia, also focuses on the speed and efficiency of the process, and thinning the ingredients down to two is certainly a facet of this. You can find soft matzah available fresh or in the freezer around Israel and other cities or online in the US here. 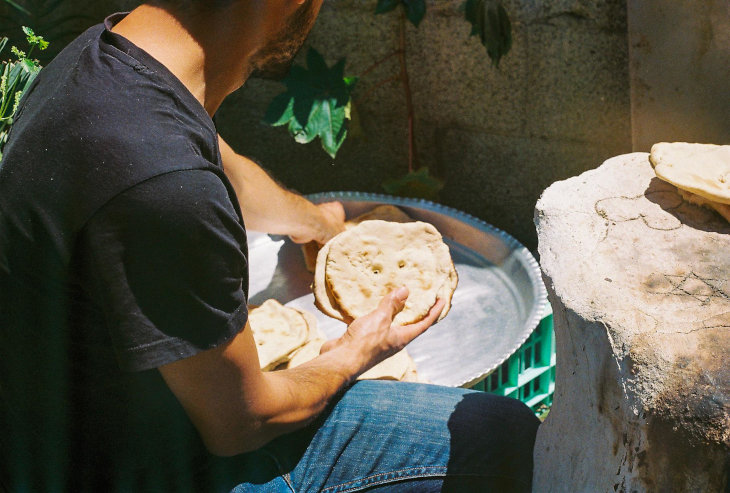 These recipes are largely very old, as the introduction of Isaac Singer’s Matzah machine in 1838 allowed Jews to import Passover-ready matzah to places where making it from scratch was impossible. Furthermore, the fact that machine-made matzah reliably stayed fresh for months encouraged this spread, and labor-intensive fresh matzah recipes fell out of fashion. However, some contemporary Jewish communities find ways to make do with what they have (in the absence of prohibitively expensive imported matzah). In Kaifeng, a city in China once home to a thriving Jewish community, some descendants of that community are reconnecting with their heritage. On Passover in Kaifeng, matzah is replaced by Baobing, the thin, crepe-like Fujianese pancakes served in American Chinese cuisine with Moo Shu dishes.

Much like the story of Matzah that is told in the Passover story, Jews all over the world make do with what they have, and the variety of Matzah that comes out of that forced creativity is amazing to see.

Giulia Alvarez-Katz is a freelance food writer and artist based in New York City.

Why I Spent Shabbat On a Houseboat in Muslim Kashmir
The Promise Of The Land
Which Chat Are You On?: Parshas Behar/Lag Ba’Omer
Do You Like Slow-Cooked Food? Thank the Jews
Comments
MOST POPULAR IN Food
Our privacy policy