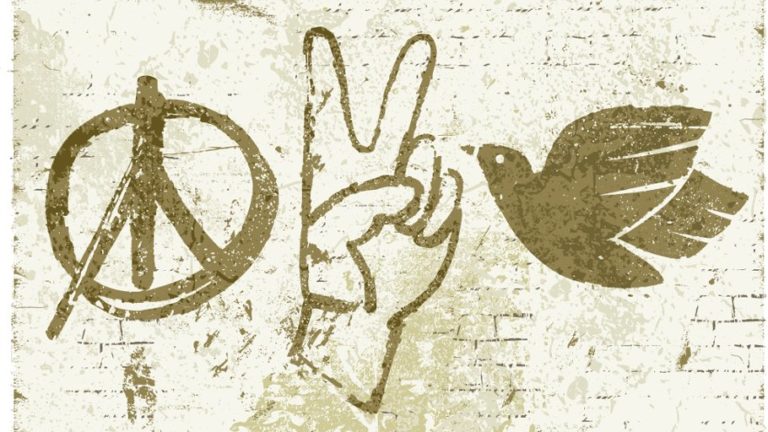 Far from being bloodthirsty, the Biblical passages cited by a British office show a humane world view.

The asylum seeker explained to British authorities that as a Christian, he was in mortal danger at home in his native Iran. He’d converted to Christianity, he wrote in his asylum application back in 2016, because he found it a “peaceful” religion. The versions of Islam he’d encountered, in contrast, contained violence, rage and revenge.

That seems hardly surprising coming from Iran, a country whose leaders routinely encourage chants of Death to Israel at political rallies, call the United States “the Great Satan” and are trying to develop a nuclear bomb. A fountain in the middle of Tehran, the Beheshte Zahra fountain, used to be called the “Blood Fountain” because its waters were dyed red to resemble the blood of Iranian “martyrs” who died trying to fight their secular neighbor Iraq. Not exactly a symbol of peace and tolerance in the middle of Iran’s capital city.

Yet last week, Britain’s Home Office finally decided the asylum-seeker’s case with some bizarre reasoning. It rejected the application, saying that Christianity is hardly a religion of peace. In an unconventional letter that sounded more like a theological treatise than a government document, the Home Office quoted a number of Biblical passages that they claimed “prove” the supposed blood-thirstiness of the Bible.

I can’t speak for the passages quoted from the Christian Bible, but their reading of two sections in the Jewish Bible, from the Books of Leviticus and Exodus, directly contradict Jewish interpretations. That’s a tragic shame - both for the unfortunate Iranian Christian who now faces peril back home in Iran, and for all of us who are being exposed to the Home Office’s slanderous and erroneous claims about the Bible.

Both the passages cited describe wars that the Jewish nation waged in ancient times. The first occurs in Exodus 34, when the ancient Israelites fled Egypt, God explained to them that He would lead them back to the land of their ancestors - and warned them not to assimilate into the idol-worshipping tribes that lived in the area. The tribes of Amorites, Canaanites, Hittites, Perizzites, Hivvites and Jebusites would be driven out. “Be vigilant lest you seal a covenant with” these tribes, God warns, “lest it be a snare among you. Rather you shall break apart their (idolatrous) alters, smash their pillars, and cut down its sacred trees” which they used to worship as deities (Exodus 34:11-13).

Perhaps to the bureaucrats in Britain’s Home Office these idol-worshipping tribes were benign. Yet historians and archeologists tell a very different tale.

Children seem to have been regularly offered to the Canaanite gods Baal and Moloch. Living cheek by jowl with these idolatrous tribes, the Torah warns Jews “There shall not be found among you one who causes his son or daughter to pass through the fire” of these gods, implying that this was a chillingly routine practice in the region (Deuteronomy 18:10). A valley outside Jerusalem was the site of particularly gruesome offerings to the god Moloch, and continues to bear the name its sacrifices earned it: the “Valley of Death”.

In 1955 Australian archeologist John Basil Hennessey was excavating a temple in nearby Jordan, when he made a horrifying discovery. In addition to uncovering walls and alters, pottery, gold jewelry, bronze pins, scarabs, and cylinder seals, they also found, in the words of one of the workers on the site, “several thousands of small bone fragments (that) are almost exclusively human….”

Given the bloody nature of many tribes in the ancient Middle East, the Torah’s injunction not to form treaties or to live with them seems to be the humane, moral choice.

That’s where the second passage from the Jewish Bible cited by the Home Office comes in. Just before the Jews entered the land of Israel and confronted various bloodthirsty tribes rife with child sacrifice, God made clear: each person has a choice. They could succumb to idolatry and barbarity, or they could remain true to God’s instructions for a moral, ethical life.

“I will provide peace in the Land, and you will lie down with none to frighten you” (Leviticus 26:3). The Torah describes that when Jews live ethically in their land, even wild beasts will not bother them, and when it comes time for war, Israel will be victorious. (This is the supposedly “barbaric” passage cited by the Home Office.) “You will pursue your enemies, and they will fall before you by the sword” (Leviticus 26:7). There will be abundant rain and sufficient food for all.

In the next passage, one omitted by the Home Office, the Torah describes what terrible calamities will fall if the Jews abandon God and assimilate into the brutal tribes surrounding them. Then, there would be no rain and no abundance. Sickness and war would descend; the Jews would be subsumed among their enemies all around. It’s a chilling, horrifying image.

After laying out this stark choice - brutality or ethical life, child sacrifice or belief in God - the Torah offers a consolation: Even if some Jews were to assimilate into the idol-worshippers around them, there was always the possibility of changing and coming back. Rejecting brutality and murder would result in Jews returning to preeminence in the Land of Israel.

As the UK Home Office’s letter to the unfortunate asylum-seeker goes viral, it’s a shame that millions of people around the world are hearing the very wrong message that the Hebrew Bible is somehow bloodthirsty.

Far from endorsing the sort of violent, sadistic world view of both the ancient Middle Eastern tribes and modern Iran, the Torah gives us a vision of the complete opposite: a world that doesn’t glorify violence; one that celebrates human dignity and worth instead.

Objectivity and the Media: Critique #4 - The News From London

I, Pencil: The Movie
Don’t Believe in Other Gods Versus God is One
Seeing Without Eyes
Why Shouldn’t We Eat Whatever We Want?
Comments
MOST POPULAR IN Current Issues
Our privacy policy
Aish.com Is Looking for Great Writers