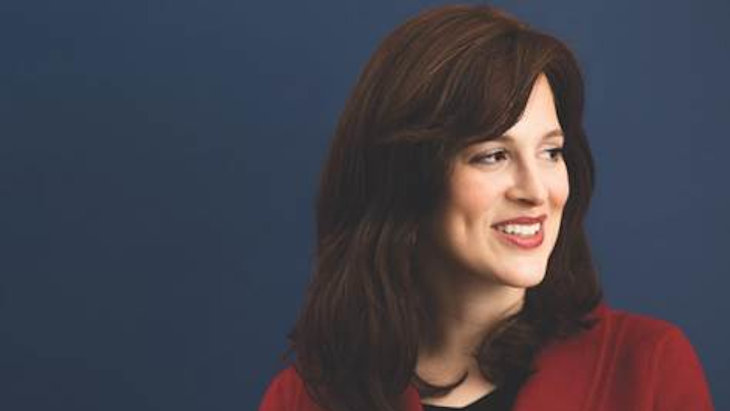 Anne Neuberger is in charge of cybersecurity for the Biden Administration.

The Biden Administration had to defend one of its senior appointees from smears in the press that has been called “anti-Semitic.”

After the terror attacks on September 11, 2001, Ms. Neuberger left a career in the private sector and dedicated herself to government service. She previously worked for the US National Security Agency (NSA) as Director of Cybersecurity. In her new role with the Biden administration, she coordinates cybersecurity across the entire US Federal Government.

Pres. Biden declared Neuberger “will be integral in keeping the American people safe and building capacity to prepare for and respond to the full spectrum of threats we face – from cyber intrusions to grid attacks, from possible future pandemics to deliberate acts of terror.”

After Ms. Neuberger’s appointment to the Biden administration, the magazine Mother Jones ran a spurious article about her family's private charitable foundation, seizing on the fact that Anne and her husband Yehudah had made a sizable donation to the American Israel Public Affairs Committee (AIPAC). The magazine highlighted the fact that Israel is a “cybersecurity powerhouse” – as if supporting a strong US-Israel relationship somehow represented a conflict of interest for Ms. Neuberger. The donation, the magazine falsely claimed, would “raise a lot of eyebrows.” NBC picked up the appalling story, amplifying this baseless claim.

In reality, supporting AIPAC doesn’t raise any eyebrows at all. AIPAC is a bipartisan organization that advocates for a strong US-Israel relationship. Pres. Joe Biden and Vice President Kamala Harris have each spoken at AIPAC events, as did former Pres. Donald Trump and Vice President Mike Pence. It’s outrageous to claim, as Mother Jones and NBC did, that Ms. Neuberger’s supports of a strong US-Israel relationship is somehow sinister and un-American.

The Biden Administration defended Ms. Neuberger. “We are appalled by recent spurious accusations against our staff… there is no justification for false and ad hominem attacks based on ethnic, racial, or religious identity.”

AIPAC called the outrageous story “anti-Semitic.” The Biden Administration defended Ms. Neuberger. “We are appalled by recent spurious accusations against our staff,” NSC spokeswoman Emily Horne declared. “We welcome oversight and scrutiny, but there is no justification for false and ad hominem attacks based on ethnic, racial, or religious identity.”

NBC issued an editor’s note saying the story “fell short of reporting standards” and retracted their smears. Mother Jones refused to back down, and its baseless allegations against Ms. Neuberger continue to exist, polluting the internet.

Ms. Neuberger, meanwhile, continues to perform her vital work, undeterred and undistracted, keeping American citizens safe from foreign attack. Someone ought to tell the reporters at Mother Jones that that’s what loyalty, integrity, and patriotism truly looks like.

A History of Threats and Violence

Ms. Neuberger knows the threats that foreign attacks and surveillance can bring. Her four grandparents are Holocaust survivors, and her father grew up in Communist Hungary. She grew up hearing stories of the dangers her parents and grandparents faced. “Dreaming of those freedoms brought my family to this country,” she explained, motivating her for government service. 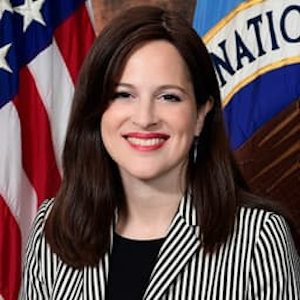 That traumatic family history informs Ms. Neuberger’s commitment to her Jewish faith. She told National Public Radio “There was a deep sense among my grandparents that their parents had been killed for their faith, and they had an obligation to bring up a generation (for whom) that faith and that tradition was meaningful – and to recreate it in these kids who were proving that Hitler had not been successful at eradicating this commitment to faith.”

In 1976, Ms. Neuberger’s family faced more deadly violence because they were Jews: her parents were on the 1976 Air France flight that was hijacked by the Palestine Liberation Organization. The terrorists forced the airplane to land in Uganda. There, they separated all of the Israeli passengers from the others and threatened them with death. Even though Ms. Neuberger’s parents were not Israeli, they were identifiably religious Jews and that was enough for the terrorists to target them, placing them with the Israeli passengers and threatening their lives. “My parents had American passports,” Ms. Neuberger said, “but because my father wore a kippah they knew he was Jewish and decided to keep him too.”

Ms. Neuberger’s parents – and over one hundred other passengers – were rescued in a dramatic raid by Israeli commandos. That horrible experience made a profound impression on Ms. Neuberger. “Threats from those that want to cause us harm are real and not going away,” she’s explained. “A military saved my parents… My life would look very different if not for that military operation. So (I understand) that there are threats where sometimes only a government, only a military, can bring peace.”

Jew in the Workplace

Throughout her long career, Ms. Neuberger has faced little anti-Jewish sentiment – until now. “If you are professional in your job and comfortable in adhering to your traditions, everyone will be fine with it,” she’s observed. “All my coworkers understand that I don’t go out with them for drinks on Friday night and that I observe the Sabbath. In fact, I have assistants who keep their eye on the clock for me Friday afternoons, letting me know that I had better get moving.”

Ms. Neuberger is also optimistic about the future for Orthodox Jewish professional women like herself. “My 17-year-old daughter, who attends an Orthodox school, went to a career night” in her school, Ms. Neuberger has recalled, noting that “religious women in a range of fields – doctors, lawyers, judges – came to speak to them. That would have been unheard of 25 years ago, when I was in high school. And now I want to contribute to that movement and participate in it as much as I can.”

Travis Rudolph and How Small Acts Can Make a Huge Difference