Praying for the Government 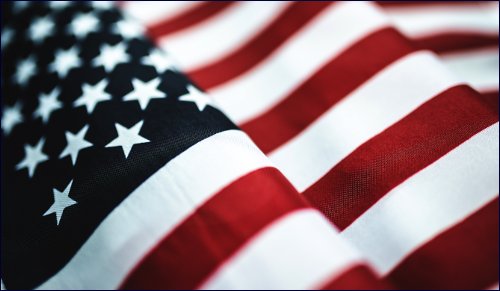 This past Friday a newly elected leader took the oath of office as the 45th president of the United States of America. Thousands of years before this historic moment the rabbis of the Talmud codified the proper Jewish response.

While politics have no place in a house of God, religion dare not be insensitive to the reality of the role of governmental leadership. A Mishnah in Ethics of the Fathers teaches the words of Rabbi Hanina, identified as the assistant to the high priests of his time: “Pray for the well-being of the government, for were it not for the fear of its authority a man would swallow his neighbor alive” (3:2).

Throughout the centuries in the many lands of our exile, synagogues faithfully followed this rabbinic injunction. It was no accident that a Jew, Irving Berlin, penned the lines of “God bless America”; he merely put into words what our people had religiously expressed for millennia. The places which afforded us a home deserved our gratitude, just as Jeremiah had instructed us on the eve of our first exile, to “seek the welfare of our government and to pray for it” (Jeremiah 29:7). Prayers for the government were on every Sabbath and holy day an integral part of a traditional Jewish service. The specific text may have varied in order to take into account the titles and names of government officials but every congregation understood that a moment of prayer needed to be set aside for the health and welfare of those responsible for the functioning of the social order.

But there was something far more profound in the formulation of this idea as expressed in the Talmud. It was an insight which only becomes clear when we know a bit more about its author, Rabbi Hanina. And it sheds light on the relevance of praying for the government and its leaders today when there are many whose disappointment with elected officials moves them to do away with continuing this age-old custom.

Rabbi Hanina was not the high priest. He never achieved this lofty title, in spite of his obvious qualifications. He was passed over many times, doomed to remain deputy not to one but to numerous high priests. And we know why he was rejected, never to achieve his life’s dream of the high priesthood. It was all due to the corruption of the government of his time in the period of the Second Temple. Bribery paved the way for inferior candidates to be placed into a position meant for the most deserving spiritual aspirant.

Rabbi Hanina, perhaps more than anyone else, personally understood the potential for the corruption of politics, the failings of kingship in his days or even democracies in our days. Yet it was precisely Rabbi Hanina who is quoted as source for the religious imperative to pray on behalf of the well-being of governments – “for were it not for the fear of its authority man would swallow his neighbor alive.”

Governments, with their faults, are still preferable to anarchy, as Winston Churchill insightfully remarked, “Democracy is the worst form of government – except for all those which preceded it.”

Those who have chosen to cease to recite the ancient prayer for the government because they are not pleased by the results of the most recent election are missing the very point of the custom’s origin.

We do not pray only on behalf of the very best leader. We pray because we value leadership, and we pray for God’s assistance to inspire those we have chosen to fulfill heavenly ideals. We pray not because we are certain we have found the perfect government but because we know it is only God who can help to perfect it.

Prayer needs to outlast the four-year changes of government – because prayer is nothing less than our earthly link with the Almighty’s prophetic vision of eternity.