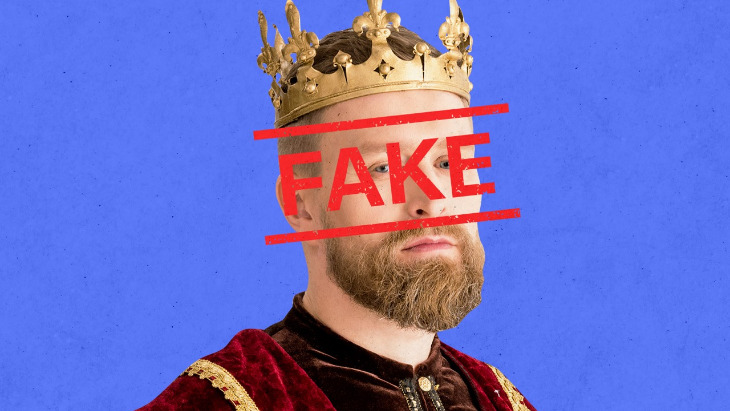 What is the Messiah and how will we know who he really is?

“Messiah” is one of those Hebrew words, like “Amen” and “Hallelujah” that has slipped into the English lexicon. While the concept of the Messiah originated in Judaism, it was later adopted as a theological concept in both Christianity and Islam.

What does the word really mean and how do we know who is the real Messiah?

The root of the word “messiah” is derived from the Hebrew word “to anoint” and is first mentioned in the book of Exodus:

God spoke to Moses saying: “Now, take for your self choice spices…pure myrrh, fragrant cinnamon…fragrant cane…cassia…and a hin of olive oil. Of it you shall make oil of sacred anointment. With it you shall anoint the tent of Meeting (Tabernacle) and the Ark of the Covenant…You shall anoint Aaron and his sons and sanctify them to minister to me. Exodus 30:22-30

Pouring some of this holy oil on objects and individuals designated them as having a God-appointed, higher function. Throughout the Bible different prophets such as Samuel, Nathan and Elijah use this oil to anoint the kings of Israel, signifying them as God’s chosen rulers.

God using an emissary to designate a ruler as a king with God-given authority was adopted in Medieval Christian Europe as the basis for the concept of “divine right of kings.”

This idea of God using an emissary to designate a ruler as a king, with God-given authority, was adopted in Medieval Christian Europe as the basis for the concept of “divine right of kings”- a practice which continues until today. In 1953, when Elizabeth II was crowned Queen of England in Westminster Abbey in London, the Archbishop of Canterbury dabbed oil on her, in imitation of the prophets of ancient Israel. Following this coronation ceremony, the choir sang “Zaddok the Priest” composed in 1727 by Handel for the coronation of King George II, which opens with the lyrics “Zaddok the Priest and Nathan the Prophet anointed Solomon king.” 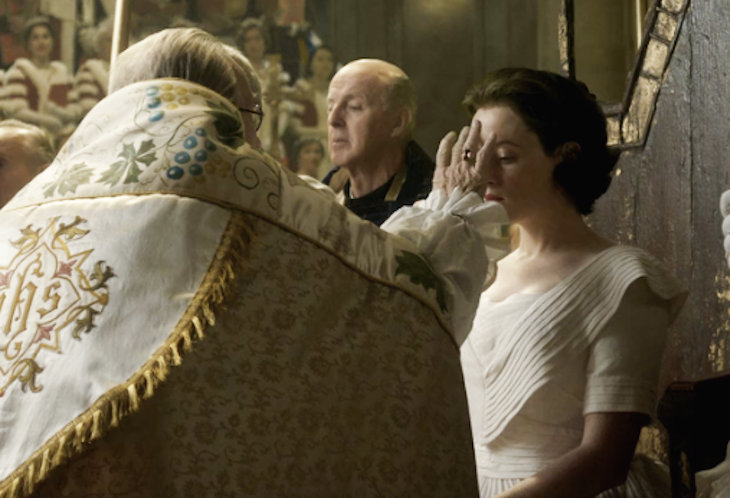 Queen Elizabeth II anointed, as depicted in The Crown

While there are many anointed individuals throughout the Bible, in Judaism there is only one anointed one who has the title “The Messiah.” This messiah has a very special role to play in history and is viewed an essential part of traditional Jewish beliefs. He appears during the “End of Days” – the final chapter and the climax of human history to act as a catalyst to speed up the process of redemption for the Jewish people, and ultimately for all of humanity.

The King Messiah will arise and restore the kingship of David to its former state and original sovereignty. He will rebuild the sanctuary and gather the dispersed of Israel. All the ancient laws will be re-instituted in his days….”
Maimonides Mishna Torah; Laws of Kings, Chap. 12.

The job is by no means easy. This messiah, this final king of Israel, has to bring all the Jewish people physically back to the Land of Israel and transform the spiritual level of the nation by having the nation recognize the reality of God’s existence and the Divine origin of the Torah and its commandments. The Messiah must also rebuild the Temple, reinstitute the Temple service and defend Israel against anyone or any nation that tries to stop this process. Once he accomplishes all this, he will be appointed the King of Israel.

“If there arise a king from the House of David who meditates in Torah, occupies himself with the commandments…observes the precepts prescribed in the Written and Oral Law, prevails upon Israel to walk in the way of Torah…fights the battles of the Lord, it may be assumed that he is the messiah. If he does these things and succeeds, rebuilds the sanctuary on its site, and gathers the dispersed of Israel, he is beyond all doubt the Messiah. He will prepare the whole world to serve the Lord together. Maimonides Mishna Torah; Laws of Kings, Chap. 12.

While there may have been numerous individuals throughout history who had the potential to be the messiah, you only get the title if you actually complete the job.

This concept of “the coming of the Messiah” at the “End of Days” is not linked to a specific date. Judaism believes that redemption can come at any time and messianic expectation among the Jewish people has fluctuated dramatically throughout history.

In keeping with the idea that “It’s always darkest before the dawn,” we see a pattern emerge in Jewish history: Messianic expectation is highest when the Jewish people are at their lowest.

Here are a few good examples:

During and immediately after these terrible events there were huge upswings in messianic expectation. This messianic fervor was also accompanied by another fascinating phenomenon: false messiahs who claimed to be the saviors of the Jewish people.

Of all the false messiah who have appeared throughout Jewish history, the best-known and most impactful was Shabtai Tzvi (1626-1676). Born in Izmir, Turkey in the Ottoman empire, Shabtai was highly intelligent, charismatic, mystically inclined and already an ordained rabbi by the age of 18. Unfortunately, he was also mentally unstable and probably a manic-depressive. 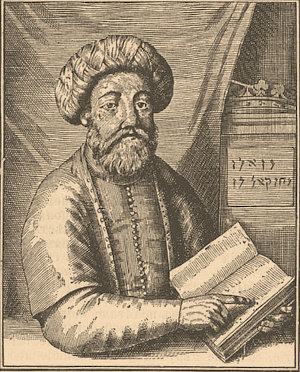 He left Turkey and his wanderings eventually led him to Israel where he met another interesting character by the name of Nathan of Gaza. Nathan convinced Shabtai that he was in fact the Messiah and that Nathan was his prophet. Coming after centuries of horrendous persecution, expulsion and slaughter, and only a few years after the very traumatic Khmelnitsky Massacres, the Jewish people were in a very low place and ripe for redemption

Word of Shabtai’s miracles spread far and wide throughout the Jewish world and a huge number of Jews were convinced that he was the real deal. The diary of a Jewish woman by the name of Gluckel of Hamelin, Germany, gives us a first-hand account of these events:

About this time people began to talk of Shabtai Tzvi…Throughout the world servants and children rent themselves with repentance, prayer and charity for two, yeah, for three years my beloved people Israel sat in labor, but there came forth naught but wind…

Our joy when the letters arrived from Smyrna is not to be told. Most of them were addressed to Sephardim. As fast as they came, they took the letters to the synagogue and read them aloud. Young and old, the Germans, too, hastened to the Sephardi synagogues…

The Memoirs of Gluckel of Hamelin

The story didn’t end well. Shabtai went to the Sultan of Turkey and demanded that the sultan place his crown on Shabtai’s head. The sultan’s response was that Shabtai could either convert to Islam or lose his head. Shabtai converted and much of the Jewish world was devasted.

These traumatic events let to a massive backlash against messianism and messianic expectation which continues to reverberate in Jewish consciousness until today.

Like the boy who cried wolf, the sad saga of Shabtai Zvi and other pretenders has made the Jewish people very cautious about the whole phenomena.

While multiple tragedies and false messiahs have made the Jewish people cautious about messianic fervor, yearning for the coming of the Messiah and the concomitant era of world peace and clarity remains a central concept in Judaism and a source of hope throughout the long and often difficult history of the Jewish people.

As to the question of when the real messiah will finally come, perhaps the best answer is found in the Jewish mystical work-The Zohar:

“It is not God’s will that the date of the Messiah’s arrival be revealed to man, but when the date draws near, even children will be able to make the calculation.” Zohar, Breishit 118a

The 125-Year-Old Bagel: History with Chutzpah
Portion Control
This Is How Your Marriage Ends
Jewish Asian Fusion Recipes

One Drink Too Many: My Journey of Breaking Free from Alcohol
The Scandalous History of the Aleppo Codex
Who was Two-Gun Cohen?
Comments
MOST POPULAR IN History
Our privacy policy