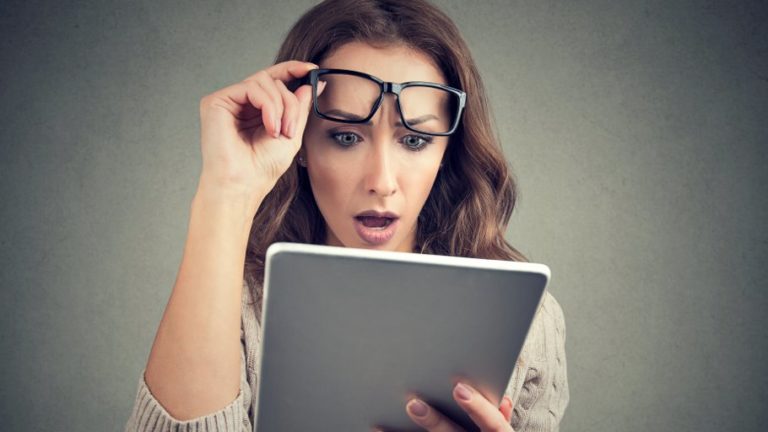 A modern adaptation on the classic tale.

Once upon a time, there was a village – a world-wide village, in fact. To protect the village from perceived threats to its most basic values, the villagers recruited the help of a young technological entity, named Internet, to watch over those principles and protect the entire village from physical or ideological harm. Every day, Internet would scan the horizon for any sign of danger, ready to take any action necessary to prevent outrageous acts among or against its people.

But sometimes, Internet was a little overzealous.

One day, Internet picked up a scent on the wind: An Orthodox Jewish leader had refused, after a horrific shooting in a Conservative place of worship, to refer to the building as a “synagogue.” “Danger! Wolf in charedi clothing!” cried Internet, springing into action. The villagers took up the charge, clicking away to expose and protect their world from this attack on basic tolerance and respect.

Only, as the dust settled, it was found that there was no wolf. The rabbi had, in fact, said the opposite: Of course it’s a synagogue, and don’t bother me with such petty divisiveness at a time like this!

The Internet hung its head in shame. It hadn’t meant to cause harm. The Internet just wanted to do the right thing and ensure others were also doing right. It apologized, and the world moved on – though the damage could never fully be undone.

Not long afterwards, Internet found more signs of trouble. Violence! Orthodox Jews causing trouble, yet again, on an El Al flight! Internet was well acquainted with this type of attack on basic decency, and did not delay embarking on the same defensive strategies: news articles, Facebook shares, lots and lots of clicks.

Internet raised the alarm so many times, with accusations and misunderstandings and apologies galore, that the term “fake news” was becoming old news.

Only, as more eyewitness stories emerged, it was found that there was no cause for outrage – or at least, that it was misdirected. Once again, Internet had acted too quickly. The villagers who had responded to the cry, clicking and sharing with fury, backed off and switched gears, instead remarking on the admirable unity shown by the heterogeneous group of Jews who had been forced by circumstances to spend what turned out to be a beautiful Shabbos together.

Internet raised the alarm so many times, with accusations and misunderstandings and apologies galore, that the term “fake news” was becoming old news.

Some townspeople found themselves getting a little tired of Internet’s outrage and began to doubt Internet’s ability to identify true danger.

Internet kept crying out but some villagers had stopped listening; they had certainly stopped clicking and sharing.

One day, Internet was once again riled into action, this time over a decision by a popular company not to include Israeli settlements in its business listings. That day Internet unleashed its fury throughout its vastness with the rallying cry “Boycott!”

One villager saw the calls just as she was working on her very first transaction with that very company. “Sigh,” she sighed. “It’s probably another misunderstanding or exaggeration. It’ll probably be cleared up by the time I finish this transaction.”

But much to her surprise, this one proved to be real. Though reports began to spread that the company was rethinking its policy, further developments indicated the truth of the original story.

“Look at that,” our jaded villager exclaimed in wonder. “Internet got a live one!”

Alas, in the midst of so many false alarms, the true threat Internet had uncovered could only be seen as a fluke. This villager had been deeply conditioned by too many years of Internet’s mistakes in righteous fury.

Not long afterwards, someone revealed a collection of anti-Semitic tweets by a medical resident, including one suggesting she would give Jews the wrong medications. Internet was in an uproar – but our villager stood by, ignoring the noise. The alleged threat was close to home and her Facebook account was buzzing – but this villager just couldn’t work up the concern to add her voice to the protests. Ho hum, another burst of outrage. Did anyone check any facts before raising the alarm? Did anyone even know how to check facts?

She was shocked to discover that yet again, the wolf had been real.

Had been, because the tweets were old and the doctor had already been fired. But nonetheless, it was a reminder that even Internet might catch a true wolf on occasion – and that sometimes, villagers do need to take up the charge. After all, silence is like acquiescence. And in a time when public opinion matters so much to so many, each voice becomes all the more important.

She wondered, Should I have been more trusting of Internet? Are there times I should have jumped to action but didn’t, because I lost faith in anything Internet said? Or should Internet have been more trustworthy? Can Internet learn to check its sources and do some research before shaming a sheep in wolf’s clothing?

If Internet were more careful to avoid false alarms and overly zealous accusations, could it regain the trust of all villagers? Could they all finally join together in the collective fight against genuine offenses, pursuing truth and justice for all?

According to Abraham Lincoln, probably not. 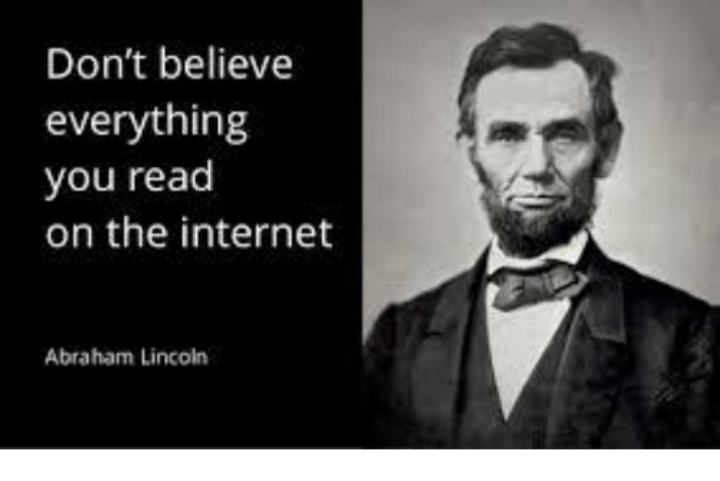 Sarah Rudolph is a freelance Jewish educator, writer, and editor. She has been sharing her passion for Jewish texts of all kinds for over 15 years, with students of all ages. Sarah’s essays have been published in a variety of internet and print media, including Jewish Action, OU Life, TorahMusings, Times of Israel, and more. Sarah lives in Cleveland with her husband and four children, but is privileged to learn online with students all over the world through www.TorahTutors.org and www.WebYeshiva.org.

Emerging from the Mine

Poland's Tragedy is Our Tragedy

Avoiding Weight Gain on Passover
What Makes Eli Run?
The Tyranny of Materialism
Science Enters the Mysterious Inner World of Consciousness
Comments
MOST POPULAR IN Current Issues
Our privacy policy