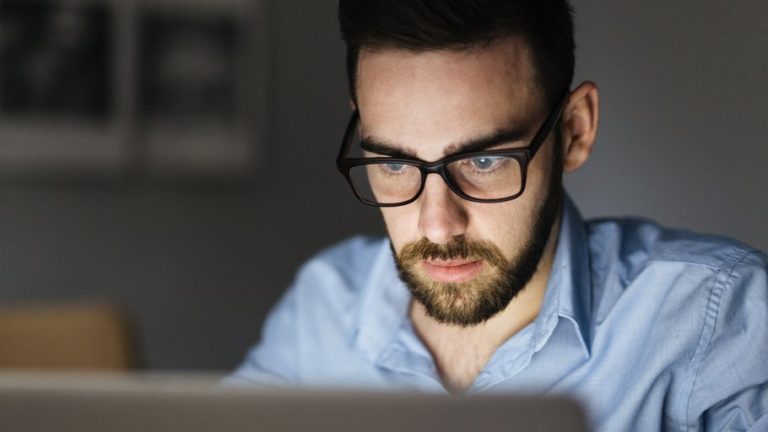 My personal journey to freedom using Torah and the 12-step program.

I am a 27-year-old clinical researcher and aspiring medical doctor who has been battling addiction to pornography and its associated behaviors for many years. I grew up with almost no connection to Judaism. I went to public schools, played high school football, ice hockey and rugby in college. I appeared to be a sociable, happy, intelligent and capable young man. But under the surface, I was slowly falling deeper into sexual behaviors that I knew to be anti-social and I grew increasingly ashamed of these hidden behaviors.

My shame did not stem from stringent religious beliefs -- I didn’t really have any when I was 11 years old. I just had a gut feeling that what I was doing was wrong. But I couldn’t turn away from my growing habits as it gave me a sense of relief and security. Little did I know at the time, this security was really just a mask for deeper issues. My main motivation for wanting to stop early on came from fear. Fear of retribution from my parents if they found my secret stashes of porn, and fear of embarrassment from friends if they knew what I was secretly doing. Either way, the fear never helped me improve my behaviors; they just drove me further into my isolation.

My out-of-control behavior increased when my family got internet access in the mid-90’s. I was still able to maintain that outer façade that kept everyone, including myself, in the dark to my inner turmoil. My actions escalated even more in the early 2000’s with the advent of high-speed internet, and so did my social awkwardness and deteriorating self-esteem. Not coincidently, my ego and perceived grandiosity grew as well. By the time I was ready to graduate from college in 2010, my behaviors were so compulsive and out of control that I simply could not deny my problem anymore. At the age of 24, I was resigned to admit that I was a porn addict.

At around the same time of my admittance to being an addict, I began to explore Judaism. As a student at a mainstream liberal college famous for its anti-Semitic student body, I inherently gravitated towards other Jewish students. The overt lies that were being spread on campus, coupled with the general acceptance of these lies by the student body, caused me to question the moral standing of society as a whole. At that point, I did what most secular Jewish college students do: I searched for spirituality everywhere but my own back yard.

After learning a lot about different belief systems, I took a step back to weigh them against Judaism and came to the conclusion that the Torah is the true manual to life. Learning about Judaism felt as if I was relearning what I already knew to be true. I was also a bit of a rebel and what better way to rebel against society than by becoming more observant in my Jewish practice.

I was trying to fill an inner void I felt within myself.

Although I was growing spiritually and began to finally gain some abstinence from pornography and acting-out, I could not abstain for more than a few days or weeks at a time. One time I made a vow of 40 days, and then proceeded to go right back out there on day 41. I was grateful for the progress, but I was tired of “failing.” I would act-out and swear it off, only this time I would use the Jewish tools of teshuvah (repentance). I was caught in a vicious cycle that only added to my feelings of shame and guilt.

I remember going into Passover last year with a feeling that I was personally leaving Egypt. I was going to be free from my addictive behaviors that had robbed me of so many opportunities and relationships once and for all. The feeling was great, until I “fell” less than a month later. In hindsight, that “fall” was the turning point I needed. I decided I would do anything to stop. That next Sunday, I dragged myself into my first Sexaholics Anonymous meeting with a feeling of despair and foggy confusion.

I was ready to take on the first step: admitting that my life had indeed become unmanageable.

Working this step meant writing down my complete sexual history so that I could see it in black and white without deluding myself. The first step also meant sharing my story with the whole group and getting feedback. It allowed me to get everything out without feeling shame as others shared with me how my experience mirrored theirs. Not only did the first step relieve me of shame, it showed me that my ever escalating out-of-control behaviors were constantly being masked by denial and ego.

Meeting other people struggling with the same issues gave me a sense of belonging; I knew I was not alone. It broke the isolation that allowed my addiction to thrive. I also had a plethora of numbers to call to connect with a fellow addict whenever I felt the temptation to take that “first drink.”

And most importantly, I got a sponsor after my first meeting who, not-coincidently, is also Jewish. I will never forget the first time I met with my sponsor, who has been sober for 18 years. He told me that my best bet to recovery would be through tag-teaming Judaism and the 12-steps together. I also began to see how God coordinates everything perfectly, using people to make an impact in other people’s lives. I was also amazed at the number of Jews, observant and non-observant, at every meeting, attesting that the 12-steps gave them an added tool in overcoming lust addiction.

Aside from providing proper coping tools and a support system, the brunt of the 12-steps work revolves around doing what Jews do every year as we prepare for Passover: getting rid for chametz. The spiritual chametz is the ego and the 12-steps lay the groundwork to true humility and self-nullification. Just as a person cannot unlock himself from prison, so too the addict cannot free himself from addiction. Just as God brought us out of Egypt at out lowest state of impurity, so too He is the only One who can bring us out of our individual Egypt.

I am by no means out of the woods; I am an addict for life.

An addict cannot gain lasting recovery without humility. He needs to free himself from being enslaved to his ego. The 12-steps are bringing me to a place of humility and with it I am finding a real relationship with God and true serenity.

However the addiction was expressed in our individual behaviors, SA gave us the support from other people who were actively doing what none of us thought was possible: living a new life free from addiction. It's an ongoing challenge as "change is a process, not an event," but my quality of life has improved dramatically and continues to improve each day. I had one relapse after 120 days, but unlike the other countless times I "relapsed," I had the support of my sponsor and fellow addicts to hold me accountable and get back up. I am by no means out of the woods as I have accepted that I am an addict for life and will only be free from my particular disease as long as I continue to take my medicine, namely Torah, faith in God, prayer and the ongoing support of SA.

My Journey from Chinese to Jewish

A Life-Saving Kindness in Rome

My Barber, Morris
The Softball Player
How This 6 Generation Bread Baker Brought Back Israel’s Ancient Grains
Olivia Newton John’s Grandfather was a Nobel-Prize Winning Jewish Physicist
Comments
MOST POPULAR IN Spirituality
Our privacy policy
Aish.com Is Looking for Great Writers