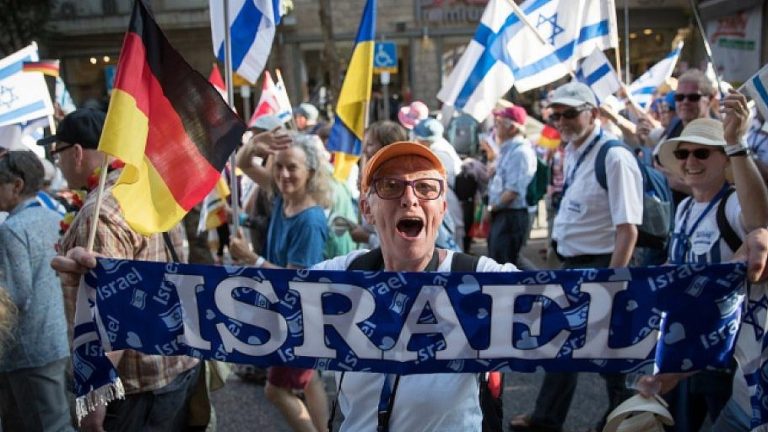 When members of the Protestant TOS church in Tuebingen began to investigate the hidden Nazi history of their city and their own families they were in shock. “Many were horrified to discover that their fathers and grandfathers had been actively or passively involved in the Holocaust as SS guards, Wehrmacht soldiers, civil servants or in other capacities,” explains Claudia Kiesinger, director of TOS America.

Barbel Pfeiffer, a congregant, had been unaware of any personal connection to the Holocaust. Although she had seen photos of her maternal grandfather in his army uniform, she assumed it was a closed chapter in Germany’s history. When encouraged to explore their families’ hidden past, she began asking questions.

Pfeiffer was shocked to discover that her grandfather, an engineer, helped build the Auschwitz gas chambers.

Pfeiffer was shocked to discover the terrible family secret that her paternal grandfather, an engineer, helped build the Auschwitz gas chambers. It took weeks for her to come to terms with that horrific realization. Then in 2012 she traveled to Auschwitz with her church and addressed a group of Holocaust survivors.

“I wanted to speak the words that my grandfather never spoke, say the things he never said. He never asked for forgiveness. When he came back, he told his family what he had done and said, ‘Don't you dare speak of this, nobody must know.’ And so the whole story remained a secret,” explained Pfeiffer. 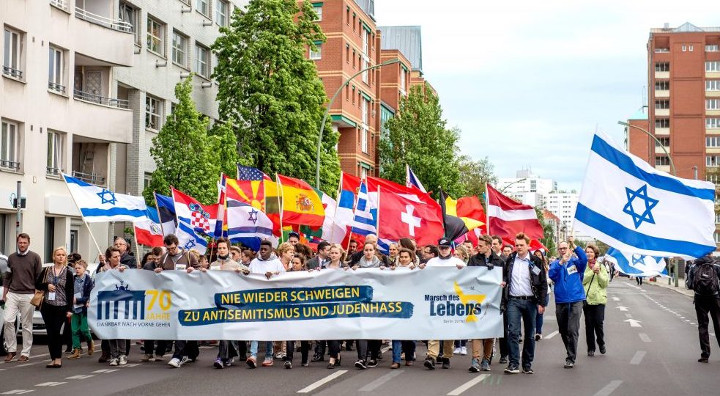 At the end of the war near the city of Tuebingen there had been eight concentration camps well-known for their cruelty and high death rate. In April 1945 the surviving inmates were sent on brutal death marches to Dachau. Along the way thousands were shot in front of German civilians.

Survivors and their descendants walked side by side with the descendants of Nazi perpetrators.

In response to that vicious death march, the first March of Life took place in April, 2007, following the same route through the German countryside. Holocaust survivors and descendants of survivors from the United States joined the March, walking side by side with the descendants of Nazi perpetrators. March of Life, started by Jobst and Charlotte Bittner and members of TOS Church in Tuebingen, is now an independent organization though still affiliated with the church.

In 2018 almost 60 Marches of Life took place worldwide ranging from small Marches in Ueckermünde, Germany with 40 participants to the large March of the Nations in Jerusalem that had 6000 participants. Approximately 20,000 people ventured into the streets with a March of Life in over a hundred cities and towns all over Germany including Heidelberg, Stuttgart, Berlin, Dresden, Hanover, Munich and Hamburg. In addition, Marches have been held in other countries like Romania, Switzerland, Ukraine, Poland, Hungary, France, Britain, United States, Canada, Argentina, Peru, and Bolivia as well as Israel.

Claudia Kiesinger feels there has been an overall positive response to Marches of Life in Germany. “The message about looking into the history of one’s own family concerning the Nazi era is a challenging concept but something that every German can relate to. Occasionally there is criticism that March of Life is connecting remembrance with a clear pro-Israel stance or asking “Why do we still have to talk about the Holocaust?”

In 2015 the organization established a house in Caesarea for Holocaust survivors with weekly gatherings and a luncheon.

“Each time both the survivors and the descendants of Nazis share their stories. It is a very emotional experience and sometimes not easy but new friendships are always formed,” explains Kiesinger.

Sometimes special encounters take place such as one last June between Berta Feinstein and Riva Leibovich who had known each other in the ghetto of Mohyliv-Podilskyi in Ukraine. Berta was 13 years old when she came to the ghetto with her family in 1941. Riva, from Moldova, was just five years old at the time. Riva's mother asked Berta to take care of her little daughter. After the war, the two girls lost all contact with each other. Berta graduated from Kiev University with a degree in Russian Literature and Linguistics and became a teacher in Minsk for 40 years.

In 1990, both Riva and Berta moved to Israel, unaware of each other’s existence. After 73 years, they met again, recognizing and excitedly hugging each other in the March of Life house. 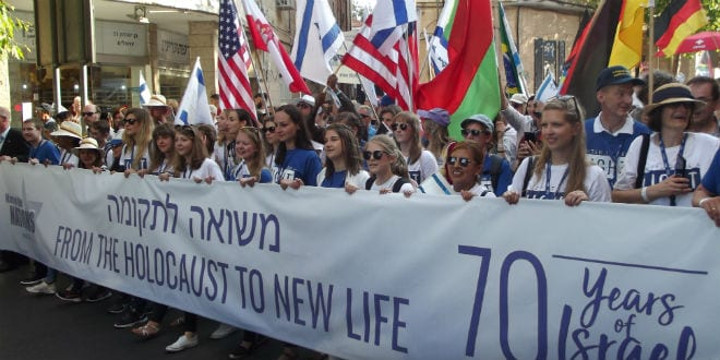 On May 15, 2018, the March of the Nations brought 6000 people from 50 nations to the streets of Jerusalem on the 70th anniversary of the State of Israel. Its motto: MiShoah LeTkuma – from Holocaust to New Life. In June, 2019 the March of the Nations will take place in a condensed format in different cities throughout Israel. The March of Life has been honored by the Israeli Knesset for its special efforts on behalf of Holocaust survivors.

The March of Life is also involved with sending volunteers on a regular basis to ALEH Negev, a facility for severely disabled children.

“The idea is practical reconciliation: the descendants of Nazis serving the weakest members of Israeli society.”

“The idea is practical reconciliation: the descendants of Nazis serving the weakest members of Israeli society. We have had several exchange and encounter programs with schools in Ashdod and other cities and also a special encounter in Yad Vashem of members of the Krembo Wings Youth movement and young people from Germany, Poland and other nations,” says Kiesinger. 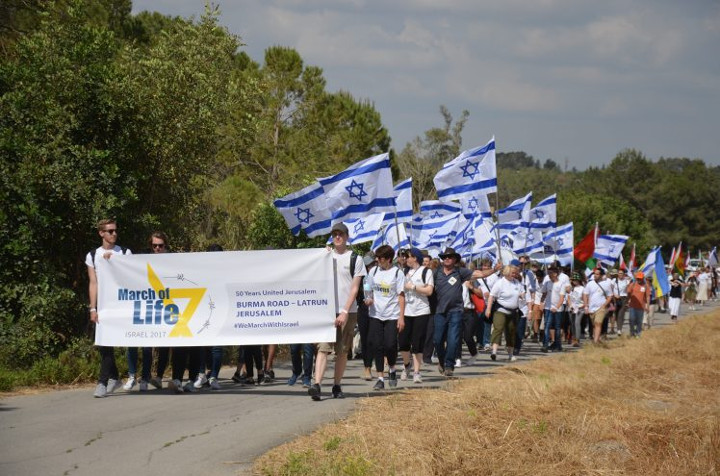 When asked about the organization’s response to the disturbing rise in anti-Semitism in Europe, Kiesinger replied, “We believe that the most effective way to combat anti-Semitism today is to learn from the past by confronting the unfortunate anti-Semitic history in a personal way, relating to the mostly hidden family histories in Germany concerning the Nazis. Also in other European countries like Austria, Poland, France and Switzerland there was collaboration and sympathizing with the terrible acts committed during the Holocaust. We are continuing to call and train people to do annual Marches of Life in their own cities, to lift a relevant voice for Israel and against modern anti-Semitism and to keep organizing Marches ourselves.”

The Last Two Nazis on Trial
It Takes A Lot Of Faith To Be An Atheist
How Instagram Brought Back This Nostalgic Soup
What Makes Eli Run?
Comments
MOST POPULAR IN Current Issues
Our privacy policy