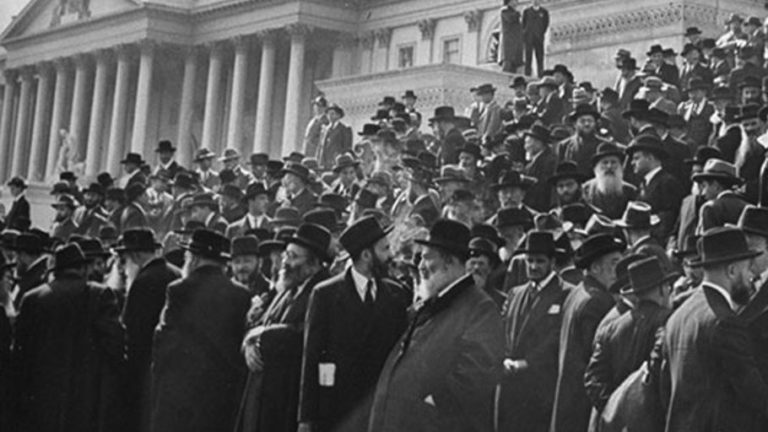 A Gallup poll omitted in new Holocaust exhibit shows that most Americans heard the voice of their consciences even though their President didn’t.

One of the most important things my father, Rabbi Ben Zion Blech of blessed memory, taught me is that to be silent in the face of evil is to be complicit in its consequences.

Activism is in my genes. My father not only emphasized this message by words, he showed it to me by deeds.

In the 1940s it was unimaginable for Jews and Jewish leaders to publicly admonish American leadership, especially the President.

One of them was both heroic and historic. My father was one of the 400 rabbis who marched on Washington on October 6, 1943, when news of the Holocaust and its atrocities were no longer secret and two million Jews had already been brutally slaughtered. The rabbis could not remain silent. It was two days before Yom Kippur. You can imagine their communal responsibilities. Many of the rabbis, my father included, were immigrants who could hardly speak English. But they knew how they would be judged by God and by history if they failed at least to make a superhuman effort, no matter how unlikely its success.

Today protests in Washington are all too common. In the 1940s it was almost unheard of. More, it was unimaginable for Jews and Jewish leaders to publicly admonish American leadership, how much more so the President, for failure to act in the face of Hitler’s expressed program of “the final solution”. 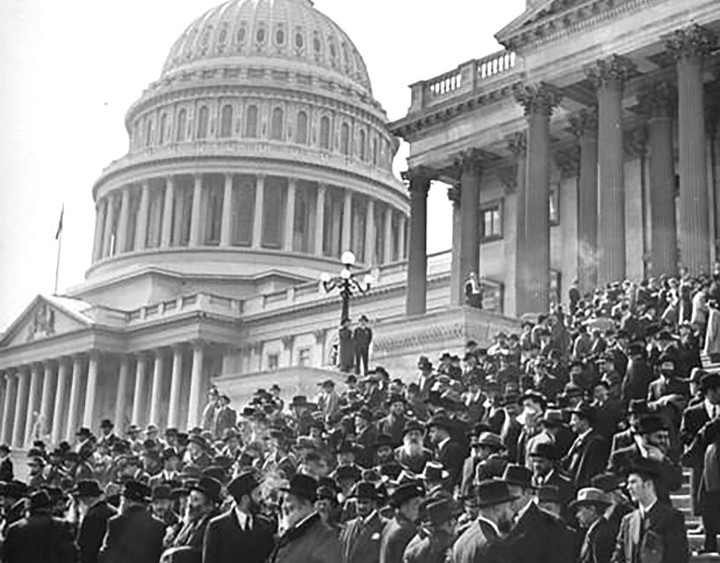 Indeed, the fact that a demonstration desperately urging a response to rescue refugees and to condemn the Nazi atrocities against Jews was only able to bring out 400 rabbis makes a statement about Jewish passivity of that time, which in retrospect is incomprehensible and shameful.

I was a little boy at the time but I knew my father was going to Washington to try to speak with Franklin Delano Roosevelt. I wondered to myself how my father dared to imagine that he could sway the President of the United States. My father was a great orator – but only in Yiddish, and in my childish mind I debated with myself whether it was possible that the president understood our language as well. Years later, when I realized the absurdity of that possibility, I asked my father, “But you knew you couldn’t speak English. How did you imagine, if you had the opportunity, that you could communicate your fears and your efforts to help save Jewish lives?”

“If the president could not understand my words, surely he could grasp the meaning of my tears.”

My father answered simply, “I had no other choice. And if the president could not understand my words, surely he could grasp the meaning of my tears.”

Let me tell you what happened.

My father and his brother, Rabbi Dr. Moshe Blech were part of that remarkable group of 400 rabbis. The newspapers reported the scene at the Washington DC railroad station, as conductors, amazed and bewildered by so many black hatted bearded Jews, kept shouting, “Make way for the rabbis, make way for the rabbis!” The rabbis marched up Pennsylvania Avenue to Capitol Hill. Next, they walked to the White House. They urgently requested a meeting with the President. Roosevelt wanted no part of it. He snuck out by a rear door to avoid a confrontation or even a minimal show of respect or greeting.

The snub of clergymen did not go unnoticed by some of the press. The headline in the Washington Times-Herald the next day took note: “Rabbis report cold welcome at the White House”. Some Jews even began to think that Roosevelt was not truly the great friend of the Jews they had always imagined. Those who defended Roosevelt claimed he had no choice. Politically he had to ignore the rabbis because of the reality of American public opinion at the time. The excuse then – and for many Roosevelt admirers to this day – was that it would have been political suicide for the president to intervene on behalf of the Jews, even though they were being horrifically tortured and murdered. Roosevelt had to be responsive to the prevailing American sentiment.

Last month we learned how much this excuse remains no more than an untruthful cover-up.

Dr. Rafael Medoff, founding director of The David S. Wyman Institute for Holocaust Studies, alerted us to a remarkable omission this past November 28 at the opening of the United States Holocaust Memorial Museum’s new exhibit, “Americans and the Holocaust”. Gallup’s editor-in-chief, Frank Newport, as a keynote speaker, took pains to describe the polls his organization took in the 1930s and early 1940s which demonstrated overwhelming opposition to the admission of Jewish refugees fleeing the Nazis. He strongly emphasized that Roosevelt could do no more to help the Jews because of the powerful voice of public opinion. He quoted the poll, taken in April 1938, that “the persecution of Jews in Europe was their own fault and 65% of Americans said the Jews were partly or entirely to blame.” After Kristallnacht, the Gallup poll showed that while 94% disapproved of the pogrom, 72% were still against admitting any refugees. In 1939, 1940 and 1941, Gallup polls continued to show Americans indifferent to the plight of European Jewry. 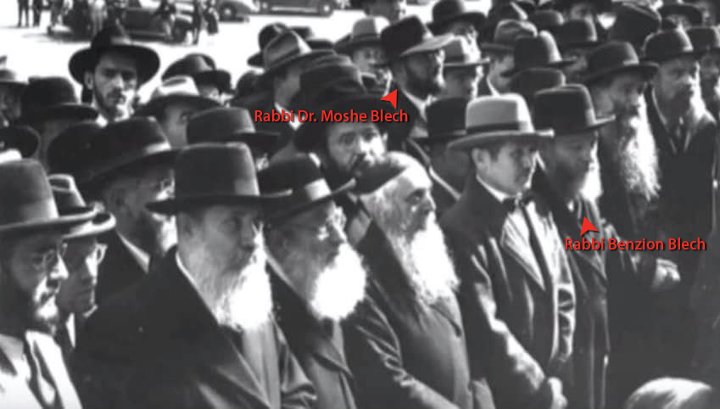 The omitted poll proves that Americans in the main heard the voice of their consciences even though their President didn’t.

Strangely, Gallup’s editor-in-chief then mysteriously jumped to the polls conducted in the postwar period. He did not mention the poll Gallup took when the United States joined with the Allies in fighting the war and the full horror of the Holocaust began to be known. That poll showed the exact opposite of all those preceding!

In April of 1944, Gallup found that 70 percent of the public supported giving “temporary protection and refuge” in the United States to “those people in Europe who have been persecuted by the Nazis.” That poll confirmed the powerful change in public opinion in light of the full awareness of German atrocities. And the new Museum simply ignores the results of the poll which proves Americans in the main heard the voice of their consciences even though their President didn’t.

Too bad that the new Museum perpetuates a myth. History thankfully records that at least 400 rabbis had the courage, as prophets of old did to their kings, to speak truth to power - and how proud I am to have the honor of being the son of one of them.

Regine: The Holocaust Survivor Who Invented the First Disco Club
Faith: the Axis Upon Which the Wheel of Science Turns
Love - Not Just About Chemicals Anymore!
Is There a Moral Code in a Virtual World?
Comments
MOST POPULAR IN Current Issues
Our privacy policy