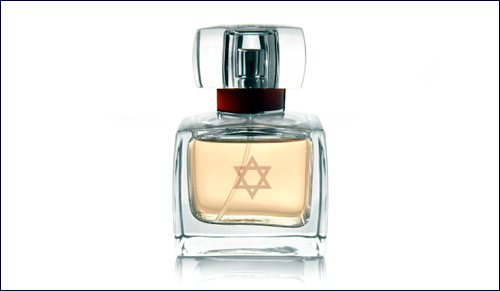 Eight little known facts about Jews and perfume, from ancient times to today.

Perfume and scent have been important in Jewish thought for thousands of years. Here are eight little known facts about Jews and perfume, from ancient times to today.

In Judaism, our sense of scent is considered holy. The very word for smell in Hebrew, reyach, is related to word ruach, or soul. When God created man, the Torah relates, “He blew into his nostrils the soul of life, and man became a living being” (Gen. 2:7). The site of our ability to appreciate scents became the very site where the soul entered the first human.

Holy Perfume in the Temple

The Torah describes the beauty of the Mishkan, the portable temple in which our ancestors worshipped God after the Exodus from Egypt. Gold and silver adorned this building; its walls were hung with colorful woven curtains. And the center, where most holy items were located, was beautifully perfumed.

We don’t know exactly what this exquisite scent was made of but we do know some of its ingredients, including galbanum (a plant resin), frankincense, and other spices. Even if archeologists were to uncover the perfume’s formula, we wouldn't reproduce it today: the Torah prohibits making this beautiful incense for any other purpose other than using it for the Temple (see Exodus 30:37).

Perfume was particularly important during the Middle Ages when personal hygiene was not common in most of the world's cultures and those who could afford it masked odors with pungent perfumes and incense, often imported from Eastern lands. For many years, Jews imported these scents, supplying a key commodity across Europe. Traveling in the Middle East in the 1400s, the German Dominican Felix Fabri noted that Jewish merchants seemed to supply the whole of Europe with Oriental drugs and perfumes.

In Europe, Jews were excluded from most professions during Medieval times, so many turned to trade, relying on communal and family connections to transport goods across Europe and in the Middle East. Enmity between Christians and Muslims helped Jewish traders rise in importance. Many Christian rulers banned Muslim traders from their territories, and Muslim rulers banned Christian merchants. In many cases, Jews were regarded as neutral, allowed to transport goods across borders.

These goods were often those that were easily carried and enjoyed a high demand, including spices, silk, jewelry, and perfume. In fact, Jews were so identified with these luxury goods in the Middle Ages that some local leaders actively courted them, hoping that Jews would help enrich their territories. “Wishing to make the village of Speyer into a city,” explained the Prince-Bishop of Speyer in about the year 1084, “I thought to increase its glory a thousand-fold by bringing in the Jews.”

The most famous perfume of modern times, Chanel No. 5, is widely identified with Coco Chanel, its stylish creator. Less well known is that a French Jew, Pierre Wertheimer, was the businessman who produced, marketed and sold Chanel No. 5 - and that Coco Chanel tried to use the Holocaust to steal control of the business for herself. 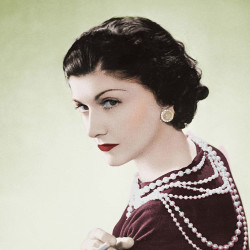 During the German occupation of Paris during World War II, Coco became a collaborator, fraternizing with high-ranking Nazis from her wartime home in the Paris Ritz, a nerve center of Nazi activity. She became Agent F-7124, with the codename Westminster, and took on small espionage missions for her Nazi friends. She also became outspoken in her hatred of Jews. When Pierre Wertheimer and his family fled France for America, Coco turned to the Nazi authorities to strip the Jewish family of their ownership and turn over Chanel No. 5 and its parent company to her. 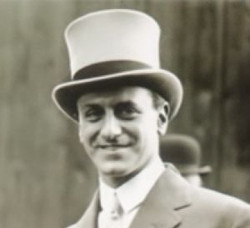 Anticipating that Coco might try to strip them of their company, the Wertheimers had signed it over to a non-Jewish Frenchman for safekeeping during the war. Now ostensibly “Aryan”, Coco couldn’t take control. Pierre Wertheimer also sent a spy, Herbert Gregory Thomas, to Paris to bring back Chanel No. 5’s precise chemical formula so the Wertheimers could resume production in the U.S. Going by the pseudonym Don Armando Guevaray Sotto Mayor, Mr. Thomas succeeded in retrieving the perfume’s formula, and the Wertheimers began producing Chanel No. 5 once again, this time in safety in the U.S.

In the past perfume was seen as a romantic gift a man might bestow on a woman, but as American women began entering the workforce in greater numbers in the 1950s, this view changed and more women began buying perfume for themselves. Perfume makers encouraged this trend, creating new scents to appeal to modern American women. Many of these new perfume giants were Jews. 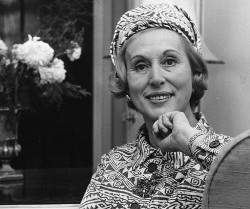 The first to explode the myth that perfume had to be a romantic gift was Josephine Ester Mentzer, who was born into a poor immigrant Jewish family in New York in 1909. Under the business name Estee Lauder, she developed first a line of wildly successful cosmetics. In 1953, she launched the fragrance “Youth Dew” and marketed it directly to women, pointing out that women could buy this lovely scent themselves. She also pioneered the idea of giving away samples so customers could try her perfume a few times before deciding to buy.

Two decades later, “Charlie” became a smashing success, a budget-friendly perfume aimed at working women and advertised with a forward-looking campaign. It was developed by the Revlon company, founded by Charles Revson, a Russian Jew born into a poor family in Boston in 1906. His fragrance “Norell” was considered by many to be the first great American perfume. Together, these two cosmetics giants recast perfume from a rare luxury to a fun treat that women began, for the first time in generations, to buy for themselves.

Perfumes are often inspired by famous muses, but the actual recipe of scents that goes into a great perfume is created by an artist who is gifted with an unusually perceptive sense of smell. Very few people are able to detect the subtle variations in scent that is necessary to invent a new fragrance. In perfume industry parlance, these gifted perfume-makers are known as “noses”. Today, one of the very greatest “noses” in the industry is Carlos Banaim, a Jewish fragrance artist born in Morocco. 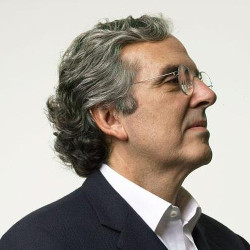 Mr. Banaim’s first great scent was Ralph Lauren’s “Polo”, developed when he was just 30. Since then, he has created such popular scents as “Flowerbomb” for Viktor & Rolf, “Code” for woman for Giorgio Armani, and “Saharienne” for Yves Saint Laurent.

He credits his childhood in Morocco with developing his sense of smell. “As a young boy I would often accompany my grandfather to the marketplace in Tangier, and I remember the smells of the spices and fruits, oranges, peaches, melons and apricots - they are engraved in my memory,” he has recalled.

Mr. Banaim also remembers the moment Morocco ceased to be home. It was 1967 and he had just gained a degree in chemical engineering in France. His father phoned him and warned, “Do not come back.” Following the Six Day War, riots had broken out, targeting Morocco’s Jews. Mr. Banaim moved to Paris, then Amsterdam and Buenos Aires before making his home in New York.

In the years since he has invested in Israel, working with charities that provide educational scholarships to gifted students. “Israel’s greatest resource is the minds of its young,” explains the famous “nose”. When not developing new perfumes, Mr. Banaim is dedicated to nurturing the next generation of Israeli scientists and entrepreneurs.

Modern Israel has been seen a robust perfume industry since before the founding of the state. In the 1880s, when Jews from Europe and the Ottoman Empire began to return to the Land of Israel, many were helped by Baron Edmond Rothschild, who invested in businesses in the area. One industry he encouraged Israel’s Jewish residents to take up was flower farming to supply the booming French perfume industry, which was always in need of fragrant blooms to turn into perfumes.

Traditionally, perfumes were made with natural ingredients such as flowers and exotic woods. Israel’s small size meant that its capacity to grow the range of exotic plants needed for the industry was limited. In recent years, however, scientists have become more adept at using synthetic ingredients to make beautiful perfumes, and high-tech giant Israel has assumed a greater position in the global trade of perfume ingredients.

Israeli perfumers are busy creating new scents, as well, exploring traditional Jewish ingredients such as etrogs and ancient incenses in order to capture the scents and feelings of the Middle East. For those who prefer something even more unusual, Tel Aviv now boasts a number of perfume stores where customers can work with staff to create an ultra-personalized, unique scent.

Perhaps the most beautiful image of perfume comes from the prophet Hosea, who wrote of the time of the Messiah, when Israel will flourish. Israel will bloom and blossom: “his glory will be like (that of) the olive tree and his fragrance like that of Lebanon,” home to vast forests of sweet-smelling cedar trees (Hosea 14:17).

It’s a beautiful image. For in Jewish thought, scent is central to our appreciation of the world. A lovely fragrance can transport us to new frames of minds and new states of being. Scent is something to bless and celebrate.

Judaism Is Radical
The Softball Player
How This 6 Generation Bread Baker Brought Back Israel’s Ancient Grains
Olivia Newton John’s Grandfather was a Nobel-Prize Winning Jewish Physicist
Comments
MOST POPULAR IN Israel
Our privacy policy
Aish.com Is Looking for Great Writers