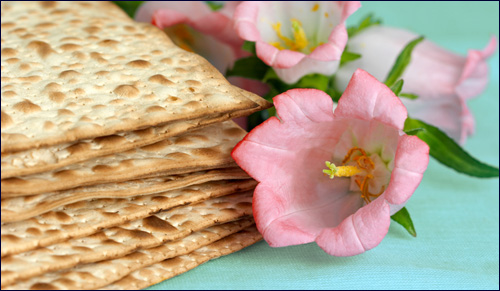 Women who played a pivotal role in Exodus story.

If you’re a traditional Jewish mother like me, you will likely log a boatload of hours preparing for Passover – cleaning, planning, shopping, cooking, and serving. Yet when we sit down to reencounter our birth as a nation at the Seder, we read about Abraham, Nachor, and the rabbis of Bnei Brak, Yaakov and his deceitful father-in-law Laban, and of course the evil Pharaoh himself.

It’s easy to ask: Where are the women?

Ladies, don’t take it personally. There is also one man critical to the story who barely makes an appearance himself: Moses! The leader of the Jewish people is given only one speaking role in the entire narrative. The people mentioned in the Hagaddah narrative are tools to convey the story.

The primary focus of the Hagaddah is on God’s personal redemption of the Jewish people. This is a theme we honor every day in our prayers. Our connection to God, and His to us, isn’t based on His having created the universe and humankind. It is His ongoing involvement in our lives, which is highlighted so dramatically in the story of the Exodus.

Women obviously played a pivotal role in Exodus story, as the Talmud states: “By merit of the righteous women of that generation, Israel was redeemed from Egypt” (Sota, 11B).

Here are five brave heroines against tyranny, without whom the Passover redemption would not have happened in the way that it did.

1. Yocheved – Moses’ mother was willing to have a child in the face of Pharaoh’s death decree against every Jewish newborn boy. She hid her preemie son from the Egyptians – forerunners of the Nazis – having crafted a water-tight basket for him and placed him in the Nile. Who can imagine her agony and her faith, praying that her precious son would survive? Could she have had the least spiritual hint that this child would change Jewish destiny?

2. Miriam – Moses’ sister certainly has partial credit for her brother’s birth. Miriam was a prophetess. She knew that there was a special role for a future brother. As a little girl, Miriam challenged her father, Amram, who planned to divorce his wife in order to prevent having future children – the children who would be subject to the death decree. Miriam famously argued, “Father, your decree is worse than Pharaoh’s. He only decreed against the boys, but you are decreeing against the girls, too.” And it was Miriam who stood openly by the Nile, watching the fate of her baby brother as he floated in the river. Miriam seized the initiative and offered to summon a Jewish midwife – her own mother – when Pharaoh’s daughter rescued her baby brother.

3 & 4. Shifra and Puah – These midwives defied the death sentences against newborn Jewish boys by attending the births, saving innumerable lives. Who were these mysterious women? Some commentators believe they were none other than Yocheved and Miriam. In Hebrew they are called “Hamayaldot Ha’Ivrot, which means either “the Jewish midwives” or “the midwives to the Jews.” Whoever they were, these women were among the earliest practitioners of civil disobedience.

5. Batya – Pharaoh’s daughter saw through divine inspiration that she would be the one to raise the redeemer of Israel, and according to the Midrash, she walked along the Nile each day in hopes of discovering him. She rescued Moses, believing he was that chosen Jewish child, and daringly raised him in the palace, right under the cruel tyrant’s nose. What an amazing act of moral beauty and bravery. Her name means “daughter of God.”

Yocheved, Miriam, Shifra, Puah and Batya helped “birth” one of the greatest stories ever told in history. And as it says, “Whoever elaborates on the story of the Exodus deserves praise.” Add color and depth to your Seder by remembering these amazing, history-changing women.

The Passovr Weeknd: Aish.com Passover Music Video
In the Shadow of David and Goliath
Where Do the Laws of Nature Come From?
Saadiah Gaon, Rashi and Maimonides: How Three Rabbis Revolutionized Judaism
Comments