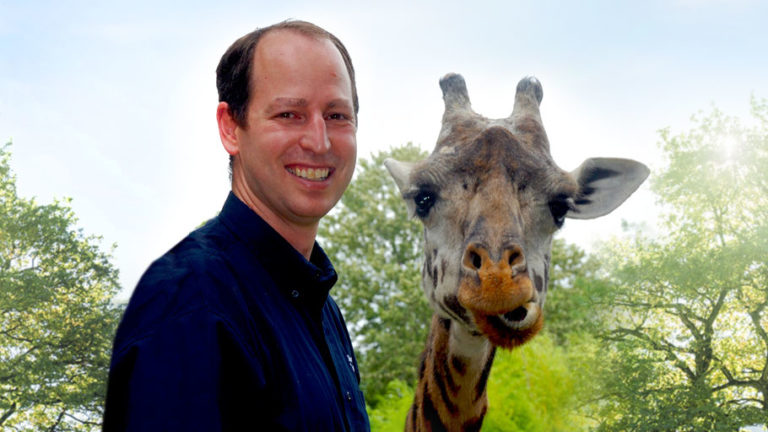 Fascinated by animals as a toddler, Jeremy Goodman was certain he wanted to run a zoo even before starting school. By sixth grade at his New Jersey yeshiva, he delved deeply into the Torah’s passages related to animals and tried to reconcile commentaries from both biblical and biological perspectives.

The sacred texts he studied throughout his schooling now guide Goodman in his duties as executive director of the Roger Williams Park Zoo in Providence, R.I. An observant Jew, he says it opens a “tremendous opportunity” to fulfill his day-to-day job functions in ways that sanctify God’s name with honorable conduct – a directive in Judaism called Kiddush Hashem.

“How we act every day at work, the way we talk to each other,” he explains, can “elevate” our contributions to become sources of inspiration rippling through our workplaces. 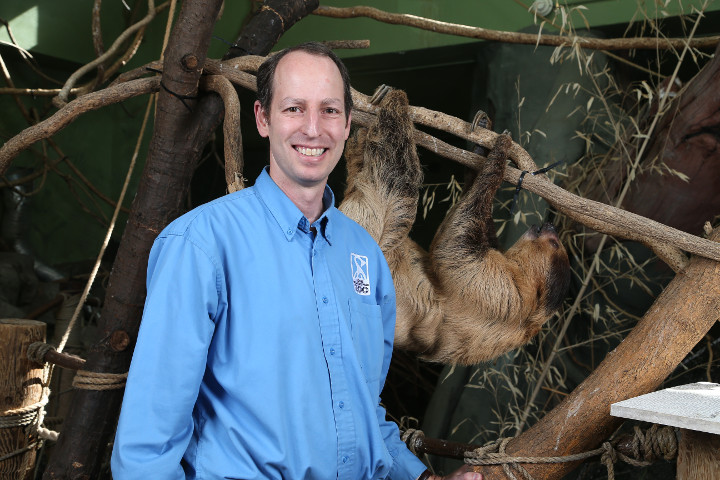 Goodman’s professional outlook predates the recent surge of caustic behavior in both social and business settings that is drawing heightened scrutiny. The nexus between his worship and work has been at the core of a two-decade career in animal welfare that includes crisis management in a natural disaster.

He was recognized for transforming the Turtle Back Zoo in West Orange, N.J., into a sanctuary for victims of Hurricane Sandy in 2012 while also safeguarding the wildlife in his care as the zoo’s director. When the official shelter adjacent to the zoo lost power, he offered refuge for weeks to displaced people who slept on cots in the reptile house and used the zoo’s showers. He and his staff also distracted children with the animals.

“If you look at it through the lens of spirituality, it’s more meaningful,” Goodman, 48, reflects. “It helps me personally do a better job and make sense of everything.” He adds that the logic he learned studying Talmud is one of his two most valuable skillsets on the job.

The Roger Williams Park Zoo, which he has led for six years, is considered the third oldest in the U.S. with its opening in 1872 and is situated on land donated to the city by Betsey Williams in memory of her great-great-great-grandfather, Roger Williams. A pioneer of religious liberty, Roger Williams helped found Rhode Island as a haven for people persecuted for their religious beliefs. His ideals were incorporated into Rhode Island’s Royal Charter of 1663, marking a defining moment in the development of human rights in the modern world.

Today Goodman oversees the zoo’s 346 animals, a staff of 120 and more than 200 seasonal workers with an annual budget of $11.5 million. He launched his career as a Tufts-trained veterinarian but ultimately opted for zoo work because of its vast transformative power, both through broad public education and the opportunity to join international efforts in saving species on the brink of extinction. The Providence zoo, for instance, has helped a Chilean researcher develop a transmitter harness that would identify more precisely the migration patterns of vulnerable wild flamingos to protect their breeding grounds.

A dozen Chilean flamingos in the zoo’s newly opened rainforest participate in a cooperative breeding effort spearheaded by the Association of Zoos and Aquarium’s species survival program. They are among the exhibit’s four-dozen intermingling species: exotic creatures such as macaws, curassows and endangered giant Brazilian otters that connect visitors to the breathtaking diversity of “God’s world,” Goodman told me during a recent tour, and continue to astound him. 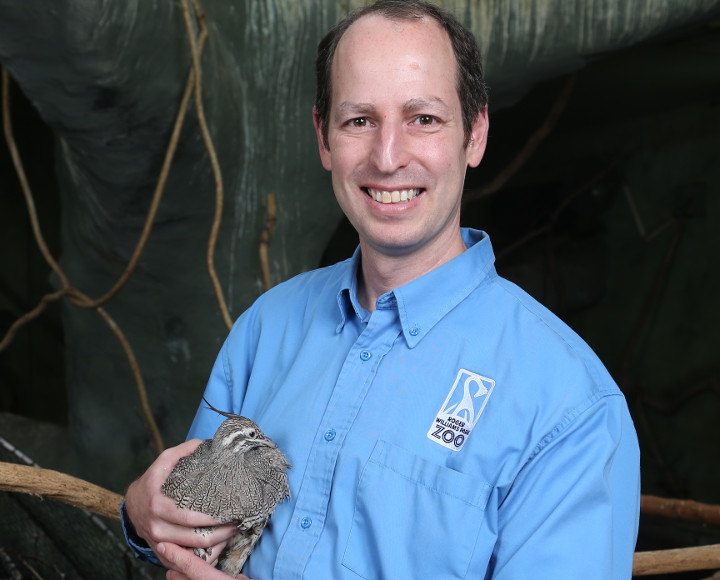 “Seeing jaws drop and eye pop open is the most amazing thing,” he said, noting a blessing Jews recite at the sight of unusual-looking creatures to thank the Almighty for those gifts. “When you look at them as really unique creatures that were created for a reason – I have no idea exactly why they were created in the first place – but if it was important enough for God to create, obviously there’s something of value there that is worth preserving.”

I asked how specifically this view informs his work at the Providence zoo. Goodman points to a critical guidepost, Tza’ar Ba’alei Chaim, Hebrew for the commandment to refrain from making an animal suffer. This code of conduct is linked to several verses in the Torah, most notably Exodus 23:5, the mandate to help even one’s enemy load and unload animals but prioritizes unloading due to the distressed state of the animal under its burden.

While all zoo employees want what’s best for the animals and “fulfill that mission 100 percent without necessarily viewing God in it at all,” he says his religious requirements add yet another layer of personal responsibility.

Both physical and psychological considerations are weighed daily, he said. The zoo, for example, must move a red river hog to a zoological preserve to make room for another with better breeding potential. Concerned for the remaining female’s possible emotional anguish over suddenly being alone, Goodman scheduled the departure so she is companionless for the shortest possible time.

The biblical imperative to not take the mother bird together with her eggs, a commandment in Deuteronomy 22:6 meant to inculcate compassion, provides a similar blueprint for his work. When eggs must be candled during the breeding process, Goodman relocates the mother temporarily. He explains, “It is a little stressful for the mother to see someone messing with the nest.”

Fulfilling the holy obligation to relieve animal suffering has occasioned some unconventional measures. While Goodman headed the Turtle Back Zoo, its supervisor banged on the door of his synagogue during Rosh Hashanah services. He was holding a medical bag and an African black-footed penguin in the throes of a grand-mal seizure. Goodman treated the bird on a neighboring lawn. 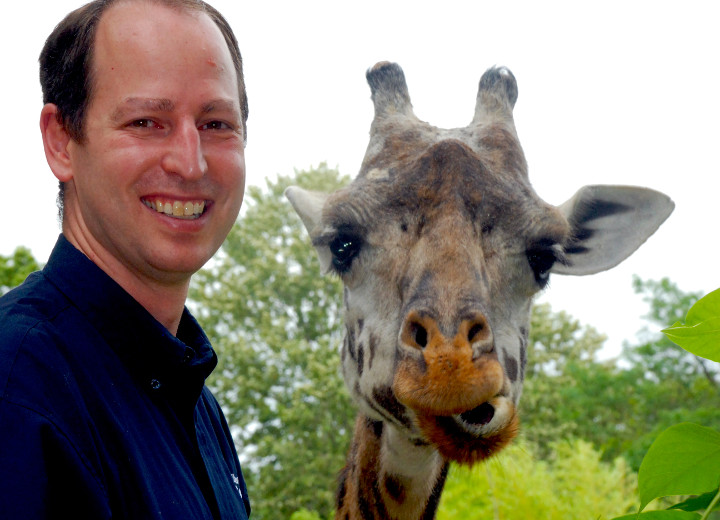 He has developed a protocol with his rabbis regarding the parameters for assisting animals on the Sabbath and Jewish holidays, days involving restrictions on work and travel. Adherence can entail personal hardship, as one episode involving an escaped red panda illustrates. After tracking it through 2 miles of a reservation bordering the Turtle Back Zoo and eventually securing its safety, he walked home another 8 miles in the snow to avoid driving after sundown Friday, the start of the Jewish Sabbath.

With a value system governed by “seeing God in everything,” Goodman says he also takes to heart his responsibility for employees’ wellbeing and cites various biblical passages related to compensation and safety to outline his accountability.

When his operations manager notified him of the Occupational Safety and Health Administration’s latest regulations requiring particular barriers around the perimeter of the new rainforest’s flat roof, Goodman told him that building code has a higher Authority: the biblical requirement in Deuteronomy 22:8 to construct a parapet to guard against mishaps. He asked to have a tiny hand in the work so he could recite the Jewish blessing associated with this precept.

Deborah Gastfreund Schuss is an award-winning reporter and the recipient of a health/science journalism fellowship that supported her graduate education at the Harvard Kennedy School. She was a correspondent for The Boston Globe for six years, reported for The Associated Press, and has worked for other news organizations as a writer and editor. She has been published in The Wall Street Journal, the Jerusalem Post and in the international health-policy journal Health Affairs, among other media, and she also authors a blog for The Times of Israel. 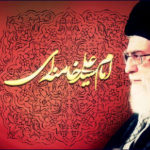 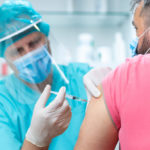 When the Berlin Wall Came Tumbling Down7 min read 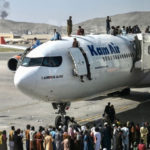 The Collapse of Afghanistan: What Does It Mean to be Truly Free?4 min read