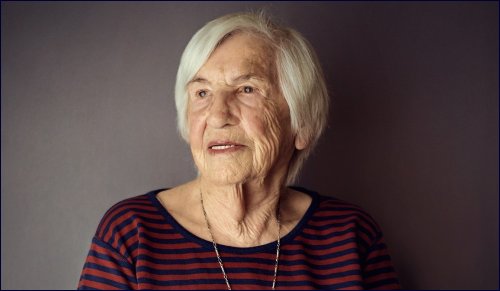 How anti-Semitic is Germany today? A Holocaust survivor stuns German TV viewers with her candid answer.

A 93-year-old survivor of Auschwitz stunned the viewers of one of Germany’s most popular political talk shows last Sunday when – asked to compare the Nazi era with the situation today – she asserted that the two periods had more in common than many people may care to admit.

“I think that Germany was always anti-Semitic, that has not changed much,” Esther Bejarano – who was enslaved in the infamous “women’s orchestra” of the Auschwitz death camp – told the ARD Network‘s flagship “Anne Will Show.” 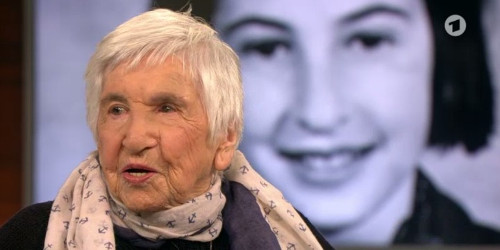 Bejarano was one of several guests on an International Holocaust Remembrance Day edition of the show that asked the question, “How anti-Semitic is Germany today?” Other guests who participated in the candid and often emotional discussion included two government ministers, a prominent human rights advocate and a leading scholar of modern Jewish history.

Much of the show was dedicated to a harrowing interview with Bejarano about her incarceration in Auschwitz. She began by relating that her father had been a stalwart German patriot, convinced that the German people would reject Adolf Hitler’s Nazi Party. But after the Nazis came to power and prevented the family from emigrating to British Mandatory Palestine, Bejarano was imprisoned in a hard labor camp in Germany, before being deported to the Auschwitz death camp in Poland in April 1943.

Initially assigned to a slave labor detail, Bejarano, an accomplished pianist, was selected to play the accordion in the women’s orchestra that performed outside in all weathers as slave laborers toiled under the gaze of gun-wielding camp guards. The first tune she played for her Nazi tormentors, she recalled, was a popular upbeat ballad of the time entitled, “You’re in luck with the women, Bel Ami!” 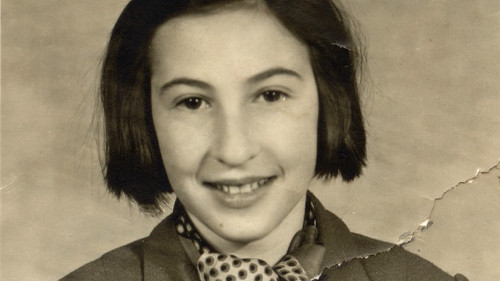 It was Bejarano’s status as a Holocaust survivor who has spent decades sharing her experiences with younger Germans that amplified the shocked response to her claim that Germany remains deeply anti-Semitic. The humbled response to Bejarano from Germany’s Minister of the Arts, Monika Grütters – “Five and a half million people visit our memorial sites every year, but it can never be enough” – suggested that the government too has been taken aback by the scale of the problem, even as it embarks on an effort to address it.

Germany, in the year 2018, is still facing a massive problem with hatred toward Jews.

The recent announcement of a federal commissioner to deal with anti-Semitism – as part of a legislative program to deal with anti-Jewish hostility from both the German far right and from within the Muslim immigrant community – is intended to be a major part of the government’s counterattack. Interviewed by The Algemeiner last week, Josef Schuster, the president of the German Jewish community, stated candidly that “Germany, in the year 2018, is still facing a massive problem with hatred toward Jews.”

Several of the other guests on the “Anne Will Show” sounded an equally dark note about the current situation. Wenzel Michalski – the director of global human rights organization Human Rights Watch’s office in Berlin – emphasized the strong showing in last year’s elections by the stridently anti-immigrant AfD Party in making the point, “I think there is a lot of talk about the culture of remembrance, but little is done about it.”

Michalski also illustrated the issue of anti-Semitism among Muslim immigrants with a deeply personal story involving his son, who was badly bullied by his schoolmates of Turkish and Arab descent. After being showered with anti-Semitic insults including “Jewish murderer,” Michalski’s son was eventually beaten up and then subjected to a mock execution. “With one exception, his teachers did nothing,” Michalski disclosed.

41 percent of German children over the age of 14 had not heard of Auschwitz.

Much of the discussion on the show centered on whether visits to the sites of concentration camps should be made compulsory for immigrants who want to acquire German citizenship. “Of course, not every visit to a concentration camp memorial immediately leads to immunization against anti-Semitism,” said Sawsan Chebli, a leading member of the socialist SPD party, and a former Foreign Ministry spokesman. “But it makes a difference if I open a book and read something or go to a memorial,” Chebli, who is the daughter of Palestinian parents, added.

Lack of knowledge and empathy for the victims of the Holocaust remains a serious challenge in German schools as well. A study conducted last year by the Forsa Institute and the Körber Foundation found that 41 percent of German children over the age of 14 had not even heard of Auschwitz.

Arts Minister Grütters pledged that the German government would reinvigorate its Holocaust education programs. “At a time when anti-Semitic and anti-Israeli hate speech on social media is increasing, education about National Socialism is more necessary than ever,” she said.

Reprinted with permission from Algemeiner.com

Ben Cohen is the Senior Editor at The Tower Magazine.

Three Keys to Loving Your Job