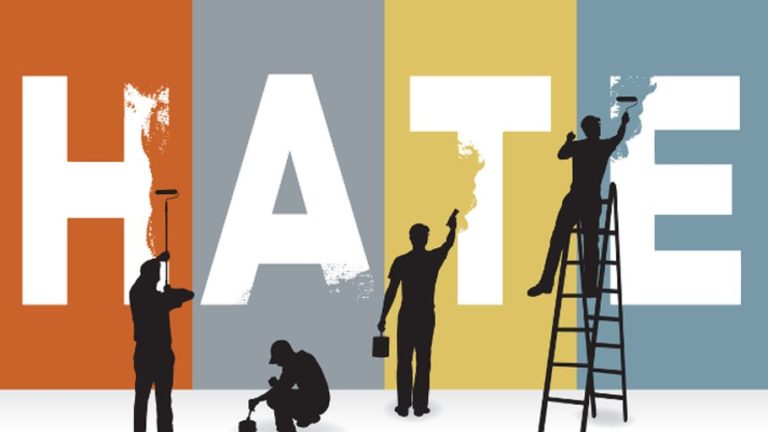 It's the latest in a series of attacks on Jews on campuses, often organized by white supremacist groups.

Virulently anti-Semitic flyers were posted on several US college campuses on Monday, October 8, 2018. The flyers were the latest salvos in what is a growing attack on Jews by white supremacist individuals and organizations.

The latest posters declare they are “brought to you” by the Daily Stormer, an influential neo-Nazi website, and feature caricatures of prominent Jews with Stars of David on their foreheads. They were posted on the campuses of four prestigious colleges: Vassar College; Marist College; the University of California, Berkeley; and University of California, Davis. The posters incorrectly assert that a group of Jews secretly organized accusations of sexual impropriety against Supreme Court Justice Brett Kavanaugh and read: “Every time some Anti-White, Anti-American, Anti-freedom event takes place, you look at it, and it’s Jews behind it.” 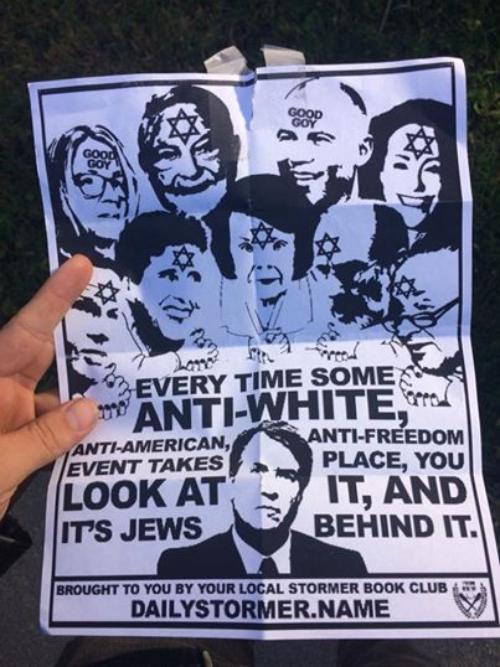 This assault is the latest in a series of attacks on Jews on college campuses and elsewhere, often organized or inspired by The Daily Stormer and a host of other white supremacist groups, some of which have formed recently as part of a recent surge in white supremacy and neo-Nazi activity. The Anti-Defamation League (ADL) warns of “a growing number of white supremacist propaganda efforts targeting college campuses” in the US. The 2017-2018 academic year saw 292 cases reported: a 77% increase from the previous year.

Off-campus activities have accelerated in 2018, the ADL notes, as far-right groups increasingly move off campus and target residential and shopping areas with their anti-Jewish and hateful rhetoric.

The Daily Stormer broadcast its role in distributing anti-Jewish fliers at five San-Francisco area synagogues before Rosh Hashanah in September 2018, falsely asserting Jews “are coming for YOUR free speech” and expressing allegiance to the conspiracy theorist Alex Jones, whose Facebook and YouTube accounts had recently been suspended for fomenting hate. A copy of the same poster was also stuck to the doors of the Ferndale First Methodist United Church near Detroit.

Of over 3,000 hate crimes the ADL tracked in 2017-2018, over a thousand were motivated by white supremacist ideology. The number of Americans subscribing to white supremacist sites and podcasts has increased exponentially in recent years. A 2017 poll found that 8% of Americans supported white nationalism as a group or movement. Even larger numbers agreed with some of the assertions of white nationalists: 39% agreed that Whites are “under attack” in the United States and 16% opposed interracial marriage.

White nationalists loathe many people, but they seem to reserve especial ire for Jews: “They reserve a special status among their enemies for Jews,” the ADL notes, regarding Jews as “intelligent, but also loathsome parasites.” According to the twisted ideology of white nationalism, shadowy conspiracies of Jews manipulate non-white ethnic groups in an effort to harm or displace Whites.

This is a dangerous atmosphere. The ADL advises that some white supremacists regard any act of violence against Jews as a form of self-defense. As white nationalism grows, there are a few key actions we can take today to protect ourselves and others.

It can be hard to stand up to anti-Semitic rhetoric, but documenting and calling out hateful speech, both in person and online, whether it's from the right of the left, is crucial to stopping it. Send a message that you won’t tolerate hateful speech in your community, and encourage those around you to do the same.

We don’t have to fight anti-Semitism alone. When are stronger when we unite with the wider Jewish community. Jewish institutions are also more able to liaise with and mobilize local government agencies to help monitor and track anti-Semitic activity. Supporting these groups helps us all. Consider joining or subscribing to local Jewish groups today..

Jews and Jewish institutions have successfully built alliances with other ethnic and religious groups to combat hate. Reaching out to others to build a coalition to stand up to extremism can help us present a stronger and more united front.

Support organizations that counter anti-Jewish rhetoric and actions such as the ADL, Honest Reporting, local Jewish Federations and others. These groups can help keep you informed of anti-hate legislation, give pointers on actions we can take, and give us all direction in our fight against anti-Semitism.

Lost and Found: An Inspiring True Story for These Times

Black and Blue: One Cop’s Quest for Balance and Healing
Why Are The Prayers Of Yom Kipur So Repetetive?
Ha'azinu 5783: A Time for Unity!
Twisted Thinking
Comments